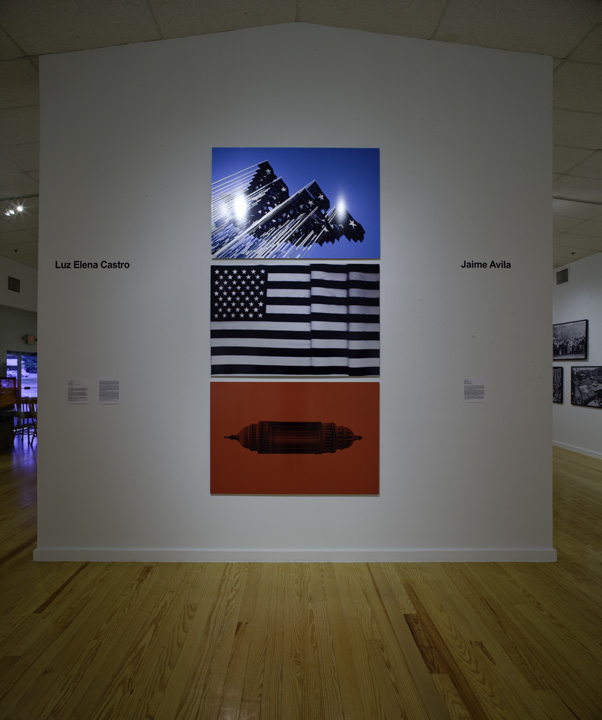 The term bomb has turned into one of the words most often used by the media in the 21st century. It is the most horrifying term conceived by the new digital culture which has broken the limits of silence, it is the dark weapon which precariously constructs itself in the dark and least obvious place, it is the charged polarity ready to produce a short-circuit, it is the accumulation of power which underestimates humanity.

Black Flags is based on the monument erected in front of the American embassy in Havana, Cuba – 138 black flags with a white star in the middle, each one for every revolt against the “empire.” The work reconstructs the emblematic dual iconography of two countries which have reactive and radical ideals. Cuba and the United States along with Iraq have turned into emblematic symbols of contemporary power. The imperial red is the color of communism and socialism, its tonality points out a strong vital charge anywhere it stands, over white or black, it is the color of the history of our civilizations under a currently established power.

These war trophies whose design is based on the assembly of Havana’s Capitol building with that of Washington D.C.’s, reconstruct an arbitrary position. Ambivalent and meticulous in the implications of standardizing an icon of power which expresses the philosophy of cumulative cultural tensions, though they are on stand-by, like a time bomb, you never know when it will explode.