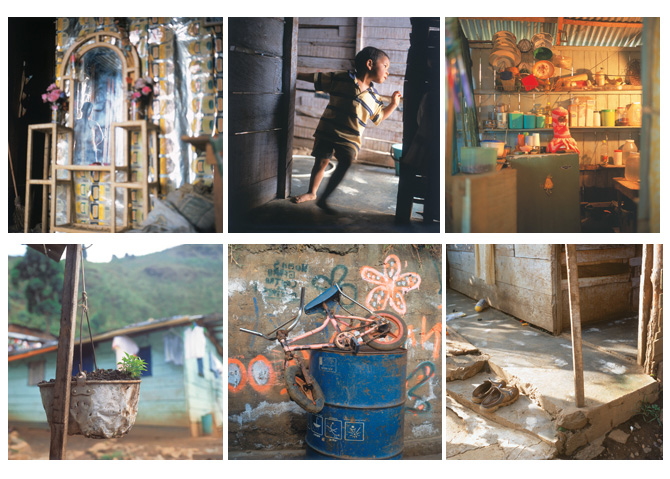 While I was composing a shot for the documentary series WE HAVE NEW NEIGHBOURS, I asked myself the question of how I could show human dignity while I was surrounded by world of basic primary needs.

Each frame of the series surprised me and it still surprises me when I arrive at their temporary “favelas” and find myself greeted by smiling faces that open their homes to me.

With this body of work I intend to show that empty spaces acquire life, a sense, when they are fought for, used and inhabited by human beings. Each object has a special importance for the owner of the space. It carries memories. These people simply opened themselves and their homes so I could capture the sense of the space.

I tried to generate curiosity on the spectator as to who the inhabitants of these spaces are.

How to depict their dignity is a task that still haunts me. I am constantly wandering how to communicate this to the viewers of the photographs.

How I could make all viewers take a new angle, with a softer, more insightful way of looking, without turning their backs on the situation, but rather making them more aware and involved in searching for solutions to all the problems that Colombia has to face today.

It is estimated that Colombia has approximately three million people that have been displaced from their land due to the violence of the internal conflict. Most of them find a temporary life on the outskirts of the larger cities, but some of them live precariously on the side of the highway.  My video, Invisible Multitude, documents this terrible problem.