This collection of 41 portraits of San Antonio Latino visual artists is, yet, another experiment: a courtship between old and new technologies, and old and new friends.
I was introduced to the Holga film camera in 2000 to “document” a residency in Germany for a public art project I collaborated in commemorating a Sister-City 50 year friendship between Arlington, Texas, and Bad Konigshofen, Franconia, Germany. Portraiture, for the first time, was the subject of a Roswell Museum residency I did in 1996 titled Herencia: Now What?, an installation presenting the contribution of Hispanics in the city known for “Aliens.”

For Semejantes Personajes, I reached back to the Holga’s unique, flexible and unpredictable format as the perfect tool. Kin to an imperfect, edited grainy movie film strip, it allowed to cease a moment, and was still open for inspection once it started a digital dialogue. This venture then lead to a Smithsonian Institution project using a digital Fuji FinePix S2Pro for Our Journeys Our Stories: Portraits of (U.S.) Latino Achievement that had an international venue. Before that, I used various 35mm film SLR’s to photograph staged objects that belonged to people for a series of artists’ books, and an old 4” x 5” large format Calumet with a Kodak lens film camera for a series of more complex staged objects for 16” x 20” cibachrome prints. 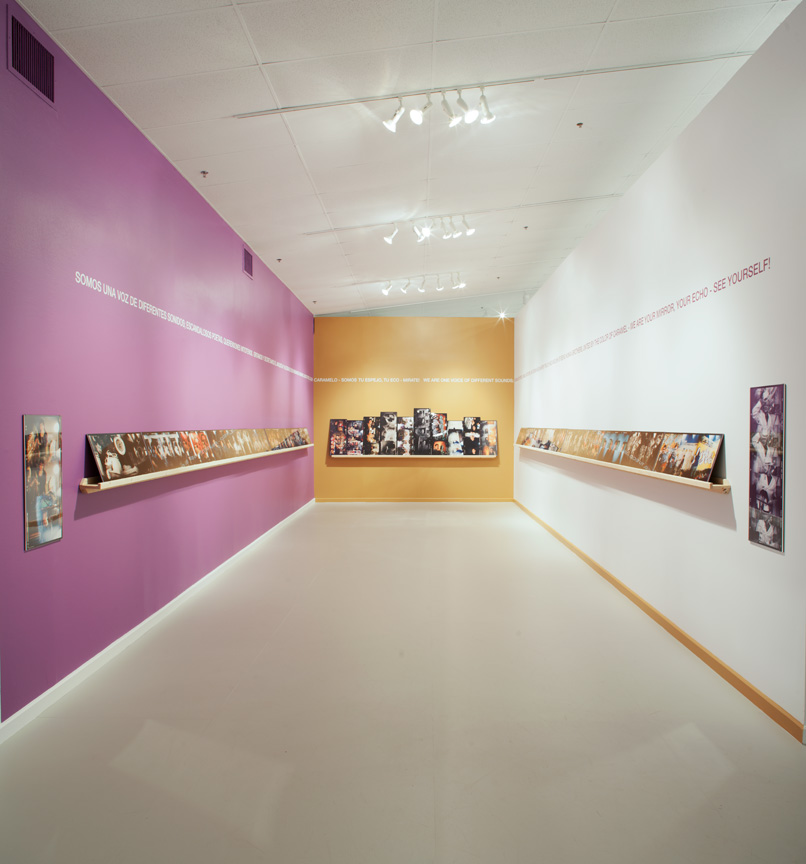 In between, I did several multimedia public art commissions, two of which were for the City of San Antonio: The Henry B. Gonzalez Convention Center Expansion and El Rio Habla, a park for The River Link Project across Main Plaza. Thus, I become well acquainted with its vibrant group of visual artists. Nowhere in Texas does such a community of Latino artists exist! The city dichotomously retains a small-town historical ambiance within progressive economic expansion. These characteristics, I find well manifested in the work and personalities of this group of fellow artists.

Endeared to the community and having a penchant for inter-related projects that address outreach, re-inscribe the public within the tradition of “public art,” and the wonder of the creative process, I opted to “stop-action” for four generations of San Antonio artists, before time changed, or we changed and time stayed. Two, have since left us: Alberto Mijangos – 1927-2007, and Chuck Ramirez – 1962-2010. The project remains open. 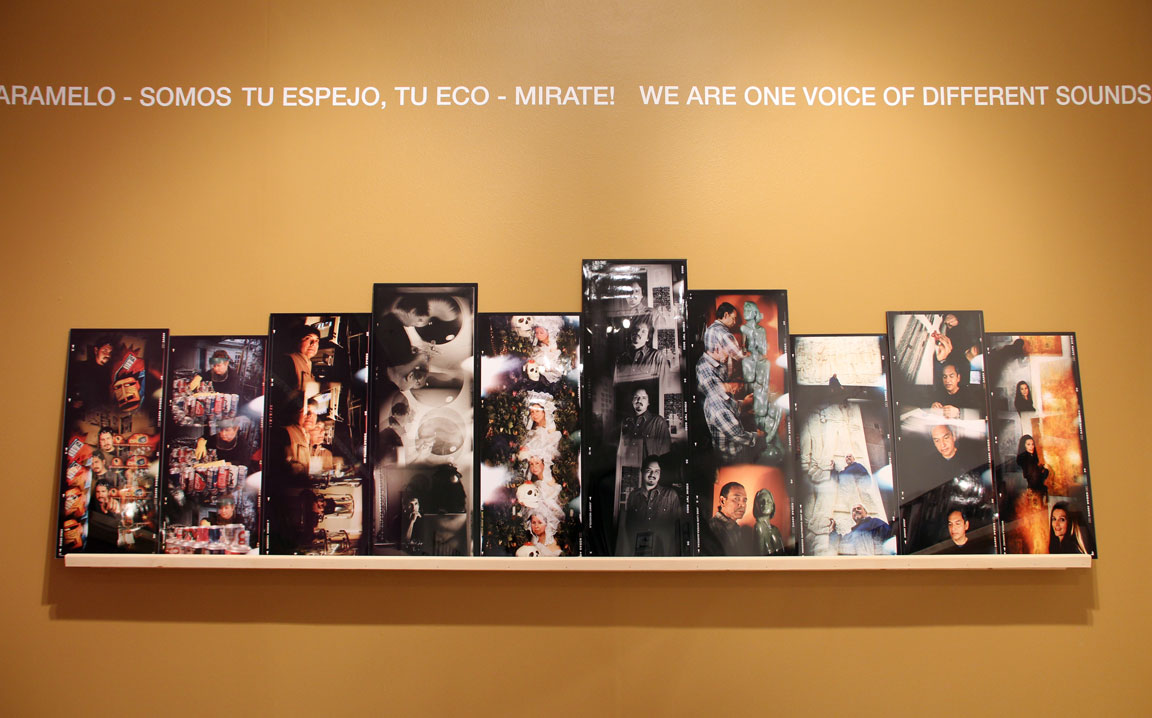 bio:
Celia Alvarez Muñoz was born in El Paso, Texas, in 1937. She is a conceptual multi-media artist, and is known for her photography, painting, installations, and public art, as well as for her writing. Muñoz has been awarded two NEA fellowships, and was exhibited in the 1991 Whitney Biennial. Recent projects include a design collaboration with Mexican architect Ricardo Legorreta and with the City of Dallas for the Latino Clutural Center/Centro Cultural de Dallas. Currently, Muñoz’s photographs are part of the invitational traveling exhibition Our Journeys/Our Stories: Portraits of Latino Achievement by the Smithsonian Institution.