Nazar Yahya is an exiled Iraqi who has experienced the tragic devastation of his country. Forced to leave his native Baghdad with his family in 2003 after the US onslaught, he has resolved to continue and, indeed, expand his art in an environment which is foreign to his sensibility as a creator of profoundly spiritual artworks. Nevertheless, courageously beginning anew as an artist in Houston, Texas, he has gone on to create an art that dramatizes his spirituality and his profound sense of culture as well as the pathos and pain of his peoples’ terrible grief. It may be true that the Iraq war was hatched in Houston, the oil and energy capital of America. It may have been a freak fortune of war that brought Nazar to Houston, to the “belly of the beast” that destroyed his country, but it is in Houston, having faced great personal and family crises, that he has produced artworks of international significance.

Nazar’s conviction and his passion are evident in a series of recent works that symbolize the biblical story of Joseph’s exile in the desert and at the same time, tell a parallel story of the cruel Iraqi exodus that began with the US support of the dictatorship of Sadam, followed by the defeat of Sadam’s army during the Gulf War, and ended with a terrible, destabilizing and inept occupation of Iraq. It takes an artist of great ability and faith like Nazar who has endured much pain and who is able to distill the form and the emotion of a tragic era and go on to express a profoundly personal religious truth.

Nazar’s insight takes the form of hands covering the face, each image a prayer more than an act of covering up, not shame, but hiding their light. The image of the wolf represents hidden fright, the lone killer and the psychological trigger, a sudden loss of identity aimed at the heart. The shrouded figure is a pure form suffused with Islamic mysticism. The figure, burdened with suffering, is the hermetic image of a contemporary man with ancient roots. The story of Joseph needs to be told again and again, for it is the epic of the outcast, one who searching for the light of God, who becomes lost in the wilderness but is not deterred or defeated in his quest. The flame bursts from his head, in another of his most inspired works, because it focuses on the highest spiritual experience, the presence of God.

Nazar has become an important member of the burgeoning art community of Texas. His art is authentic and visionary. He is opening American eyes to the unique genius of his culture and of his people that the United States of America has so thoroughly wronged, at the same time his art affirms the belief in God as revealed through Sufism. 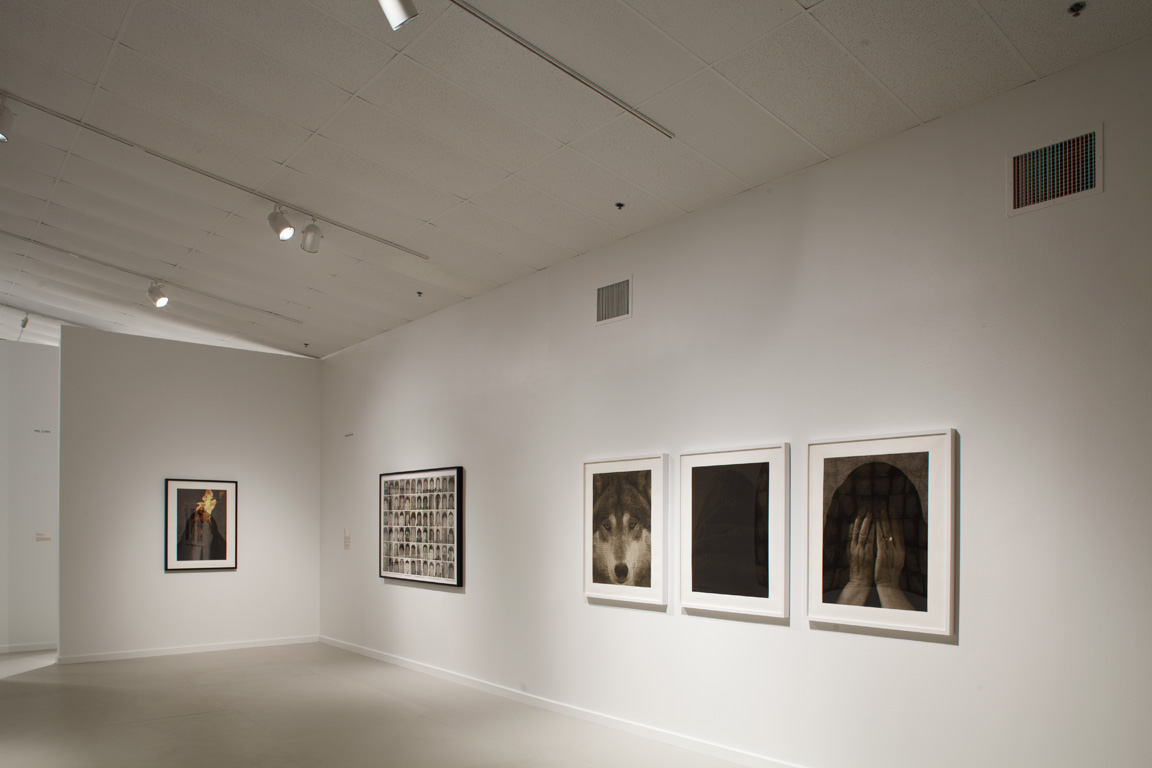 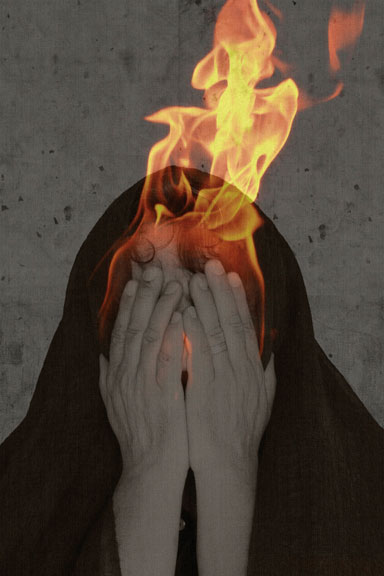 bio:
Nazar Yahya was born in Baghdad, Iraq, in 1963. He began exhibiting in Baghdad in the late 1970s, and earned his BFA at the Academy of Fine Arts, in 1986. As a student, he was impressed by a Polish art instructor at the Academy but he cites as his major influence the Spanish abstract expressionist painter, Antoni Tapies [born 1923]. “The shadow of war is cast over all of my work, and over the works of all of Iraqi artists,” says Nazar. “This became clear as I studied the works of the German Expressionists. I came to understand that as young artists going through World War I, they were bearing much … more of the same emotions that we Iraqi artists have had to bear going through several wars. From 1986 to 1991, I worked as a map painter in the Army’s rear lines. But the problem is that every Iraqi has direct experience of these wars, not just the soldiers.” In addition to the ever-present realities of the war, Nazar says that his paintings reflect his environment, which he finds dominated by the colors of sand, dust, tar, and oxidation. Nazar’s works have been exhibited in the Middle East: Beirut; Bahrain, Amman; Dubai; and Qatar. He has also exhibited in Bangladesh, the United Kingdom, as well as other countries in Europe, and in the United States. During the outbreak of war in Iraq, in 2003, he took his family to the safety of Amman, Jordan. Currently, Nazar and his family live in Houston, Texas.