Read All About It consists of video and two dimensional works that are related to the politics of Contemporary News & Journalism. This work critiques structures of power within News & Journalism by questioning the types of information that are presented to the public and the personal, corporate, and governmental agendas of those representing the news.

At its most basic level, the work acts as a record of the times in which we live—similar to how any photographic/lens-based work operates as a record of a specific time, event, or circumstance. I see my project as a record of the Politics of News, whether that be through personal agendas, corporate agendas, or governmental agendas; in each case these powerful influencers have the ability to not only dictate the types of information that we receive but with their words and the “cult of personality” that surrounds specific individuals, they can create the news as well. This then puts into question the ethical standards of journalistic practice.
– Prince Varughese Thomas 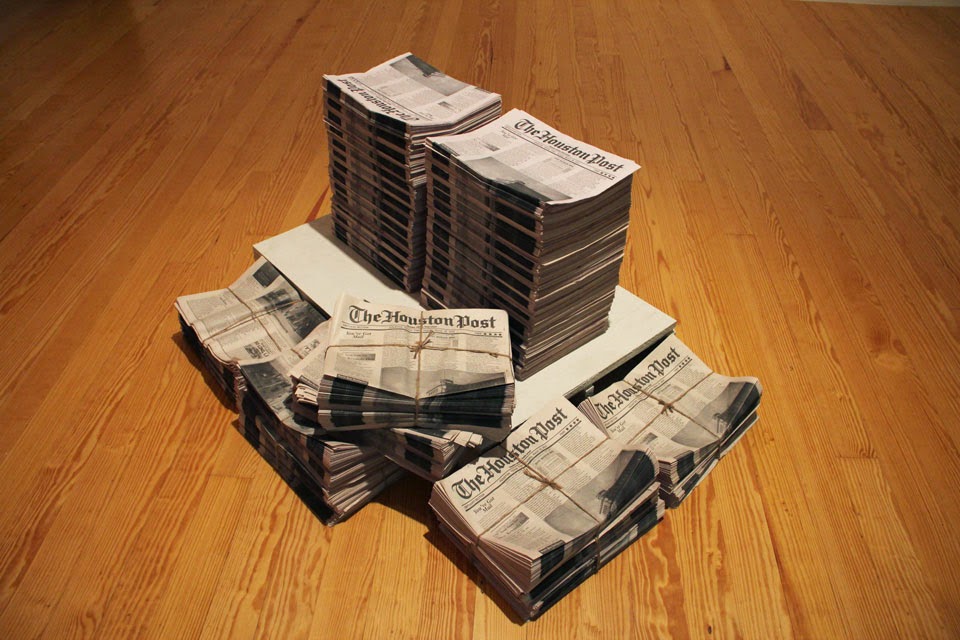 This piece serves as a memorial to the daily newspaper.  Obituary consists of stacks of papers that resemble standard newspapers on a wooden palette.  This faux newspaper lists notable newspapers among the thousands that have gone out of business since 1969 when ARPANET, the precursor to what we now know as the Internet, was created in the United States.  The masthead or nameplate, The Houston Post, printed on each paper is a defunct daily newspaper from Houston, Texas of which I was a subscriber. Positive or negative, the loss of the daily paper and the consolidation of news sources affect all of us in our daily lives.  Referencing Felix Gonzales-Torres’ piece Death by Gun, this piece is free for the audience to take away with them. 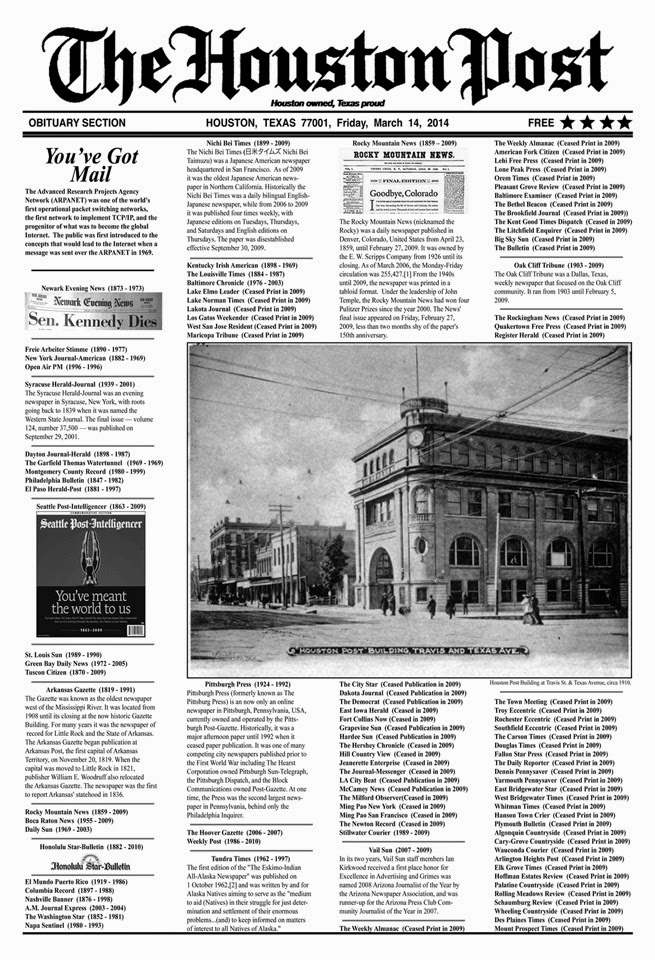 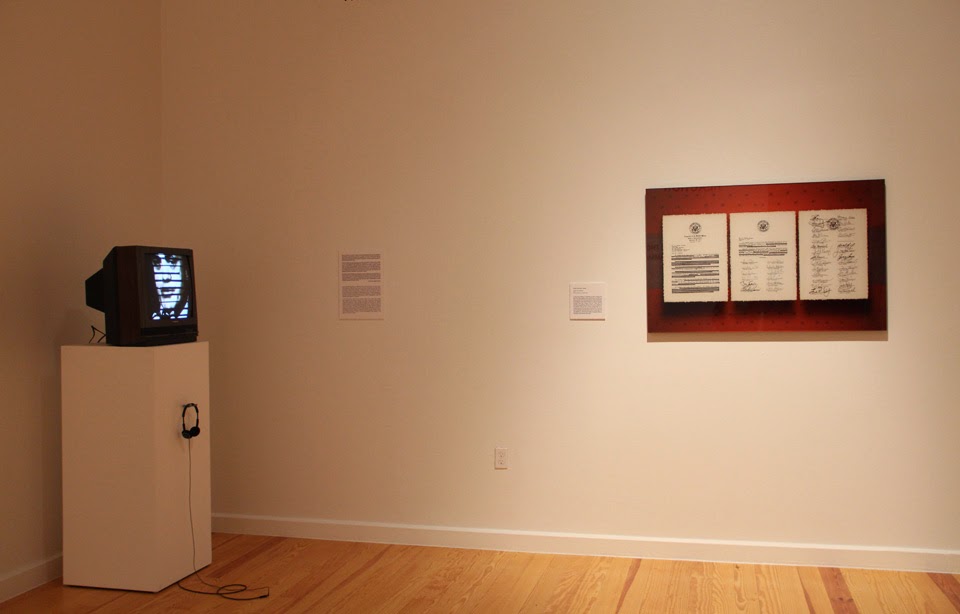 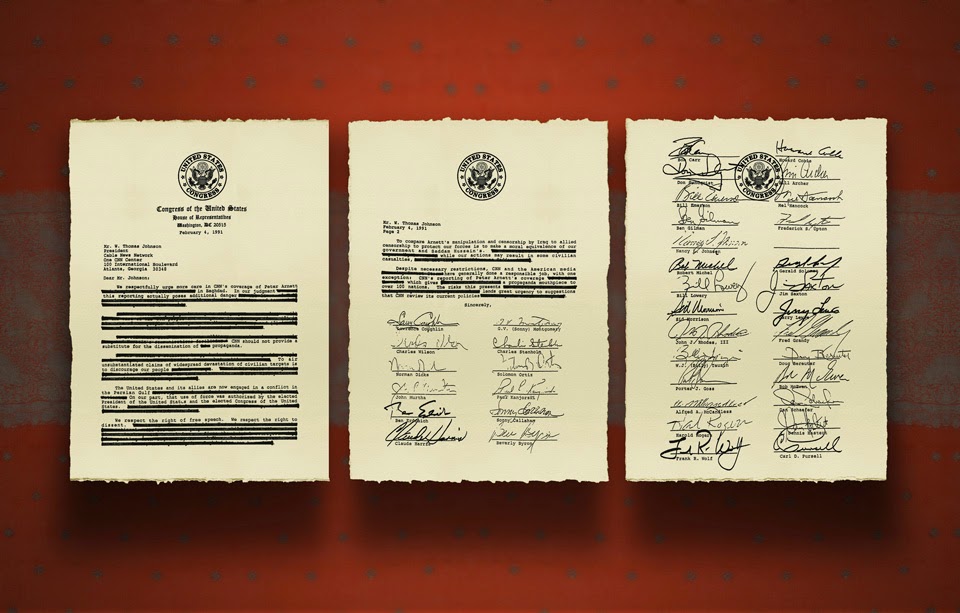 A Letter from Congress is a reproduction of a letter I acquired from the United States Congress Library addressed to the President of CNN.  In the initial stages of the First Gulf War, CNN’s reporters were the only eyes and ears on the ground and the world was watching the first televised war.  Later representatives from the US Congress would accuse Reporter Peter Arnett and CNN of, in essence, unpatriotic journalism during their coverage of the war.  I believe that this document is very significant within the history of war reporting and at its roots changed the nature by which we receive information from the battlefield.  After this event, it became standard policy for war reporters to be imbedded with troops “for their safety”.  This causes a serious dilemma for a reporter who owes his life to the troops she is embedded with while having to report on said troops.  It is also significant on a personal level because it is the first instance in my adult life when the government wanted to explicitly control the information being presented to the public. 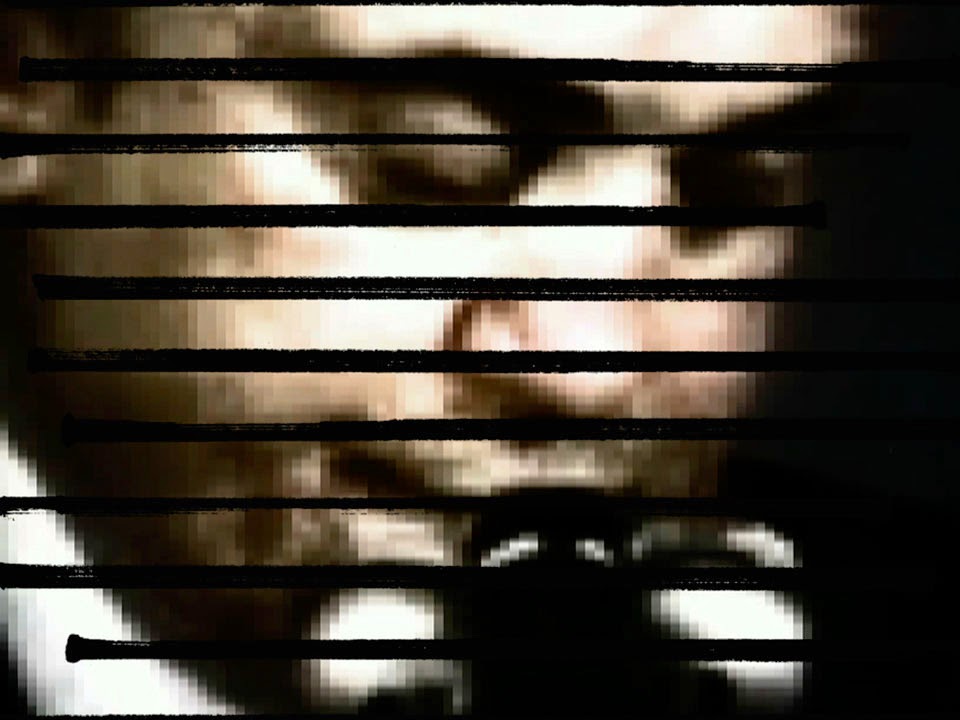 Peter Arnett (After Returning from Baghdad) is a Single Channel Video that was taken from a presentation that Peter Arnett gave to the National Press Club a few weeks after returning from war coverage in Baghdad.  In this video he directly addresses concerns that the US Congress expressed about his reporting on the war. I have manipulated this video and inserted marks that mimic redaction lines to evoke the notion that some information may be “obscured or too sensitive” for a viewer, very similar to how some governmental papers may be deemed too sensitive and blacked out with markers.  It is my intent for a viewer to question the amount of information the public deserves to know.  In a free society, should all public information be accessible to its citizenry or should some information be withheld from the public?  If full disclosure is not possible, do we trust those in positions of power to always make ethical decisions on our behalf?

Newsmaker is a series of portraits influenced by media personalities in the United States. Specifically, this series’ focus is on portraits of those that act in the guise of News Anchors and Journalists. The work represents my observations on the transition, in emphasis, that has happened in contemporary news between reporting and biased editorializing. Regardless of political affiliation, liberal and conservative are critiqued within this work.

The photographic portraits are displayed opposite graphical QR Codes that I have encoded using QR software. The “QR” or Quick Response codes when scanned, using any smart phone with a free downloadable QR reader application, will display a quote from each figure. For example, when the portrait of Jon Stewart is scanned the viewer will read the following quote from Jon Stewart, “I have not moved out of the comedian’s box into the news box. The news box is moving towards me.”

The portraits are photographed from a television screen using a 4×5 camera and Fuji Positive Film. The emulsion of the film is then later transferred onto watercolor paper and digitally scanned and combined with the QR code. 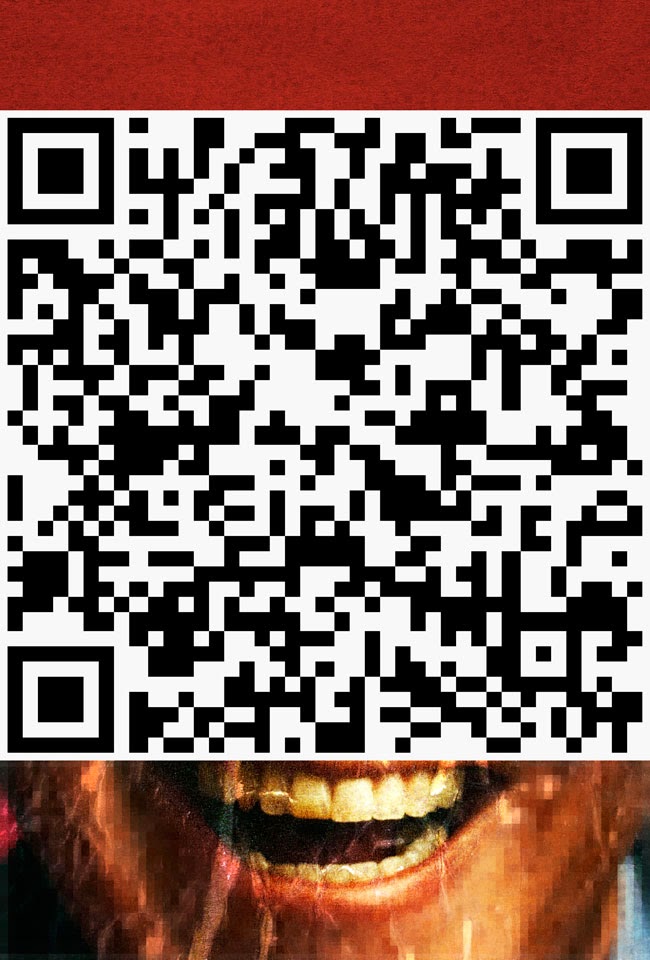 Prince Varughese Thomas is an artist who is part of what has come to be known as the Indian Diaspora. Being Indian by birth, born in Kuwait, naturalized in the United States, and raised primarily between India and the United States, Thomas has always felt outside the dominant culture in which he exists. This sense of being the ‘Other’ has influenced how he views the world, approaches his conceptual concerns, and creates art. With an educational background and degrees in both psychology and art, Thomas investigates and deconstructs complex sociopolitical issues from the interstices in personally expressive ways that humanize his subjects and incorporate a variety of photographic, video, and installation techniques into his artwork.

“My organic cultural position has allowed me a certain degree of emotional distance to act as an observer of various Social, Political, and Cultural issues that create divisions among people. This act of critical observation is essential to my artistic inquiry and cultural engagement. I choose to investigate and deconstruct these issues from the interstices in personally expressive ways that have been characterized as poetic moments captured in chaotic worlds.”
– Prince Varughese Thomas

A 2013 Texas Biennial artist, Thomas has been invited to be a visiting artist, lecturer, panel discussant, and workshop instructor at numerous institutions, including Ashkal Alwan, Beirut, Lebanon; Indiana University Bloomington, Bloomington, IN; Memphis College of Art, Memphis, TN; The Light Factory, Charlotte, North Carolina; and the Queens Museum, Queens, NY. Thomas’s work has been exhibited in over seventy-five solo and group exhibitions at museums, galleries, and alternative spaces, including the Museum of Fine Arts, Houston, TX (1998); the Alternative Museum, New York, NY (1999); the Atlanta Contemporary Museum, Atlanta, GA (2005); the Zentralbibliotheck Zürich, Zurich, Switzerland, the Houston Center for Photography, Houston, TX, and Bunker 8, Beijing, China (2009); the Museum of New Art, Detroit, MI (2010); and Galerie Huit, Arles, France, and the Queens Museum, NY (2011). His work is represented in the collection of the Museum of Fine Arts, Houston.