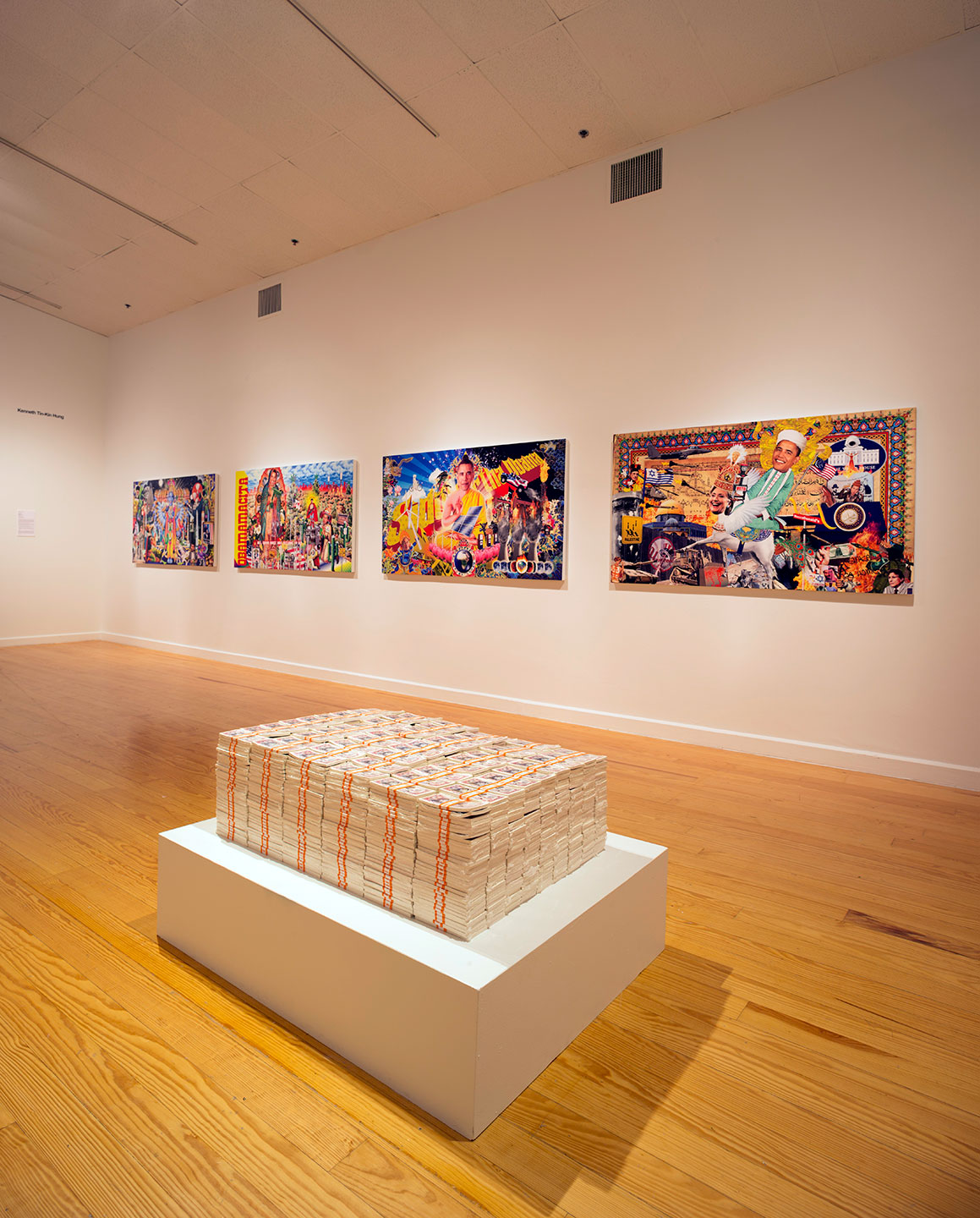 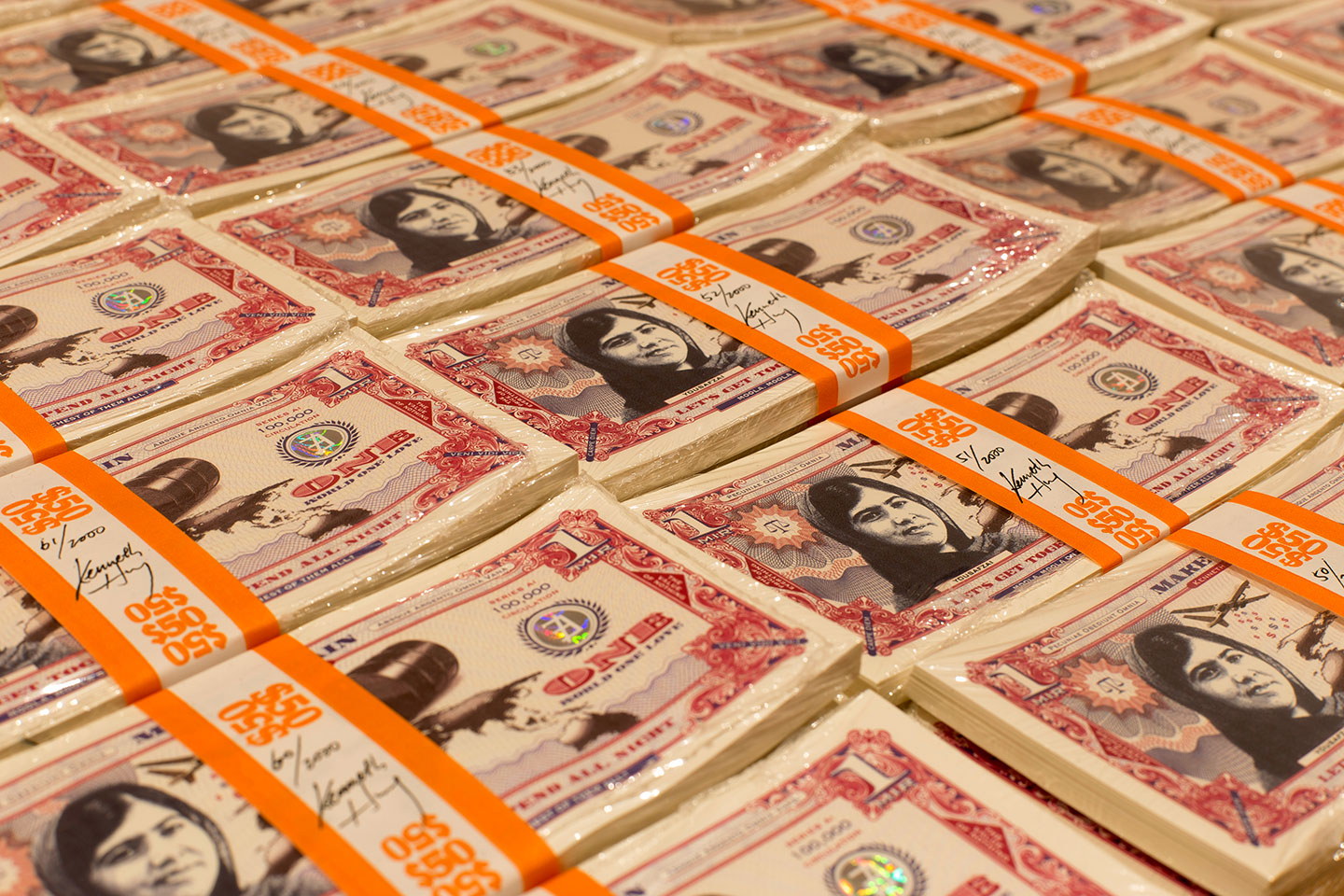 Make It Rain (∄MIR) is a social practice art project that aims to ask questions about our monetary system while alleviating poverty through microcredit lending. 50% of each ∄MIR sold will be used as microloans to help entrepreneurs in developing countries through the non-profit Kiva.org.

Inspired by complementary currencies like Bangla-Pesa, alternative currencies like BerkShares and decentralized monetary system like BitCoin, Make It Rain (∄MIR) consists of a limited circulation of 100,000 custom designed and printed currency called ∄MIR, short for “Make It Rain”- the action of throwing stacks of money up in the air. The choice of the name ∄MIR also stems from the Russian word “Мир” meaning “World”, “Peace” and “Society”.

The ∄MIR currency is strapped in 50 counts with a total quantity of 2,000 bundles available for purchase. The general public are provided an “investment opportunity” to trade U.S. dollars in exchange for this new currency. The initial exchange rate is $1 USD to ∄1 MIR.

Because of the opacity of the ∄MIR currency system, the more the ∄MIR currency is sold, the more its values increases. Similar to the decentralized digital currency Bitcoin, ∄MIR will not devalue due to a set limit in circulation. Patrons can check the latest exchange rate online.

Make It Rain (∄MIR) investigates the relationship between capitalism and our fiduciary monetary system. In 1971 during the Nixon Shock, the United States unilaterally terminated the convertibility of the US dollar to gold and rendered the US dollar a Fiat Money. The money we used nowadays is not convertible into gold, silver or any other commodity and has no intrinsic value. It is backed only by faith that it is an accepted medium of exchange.

By creating a currency that combines both Fiat Money (in this case the faith to the artist’s career) and Commodity Money (artist’s work as valuable commodity), the project examines the possibilities of the democratization of money by playing with the three functions of money- as the medium of exchange, the unit of account and the store of value. 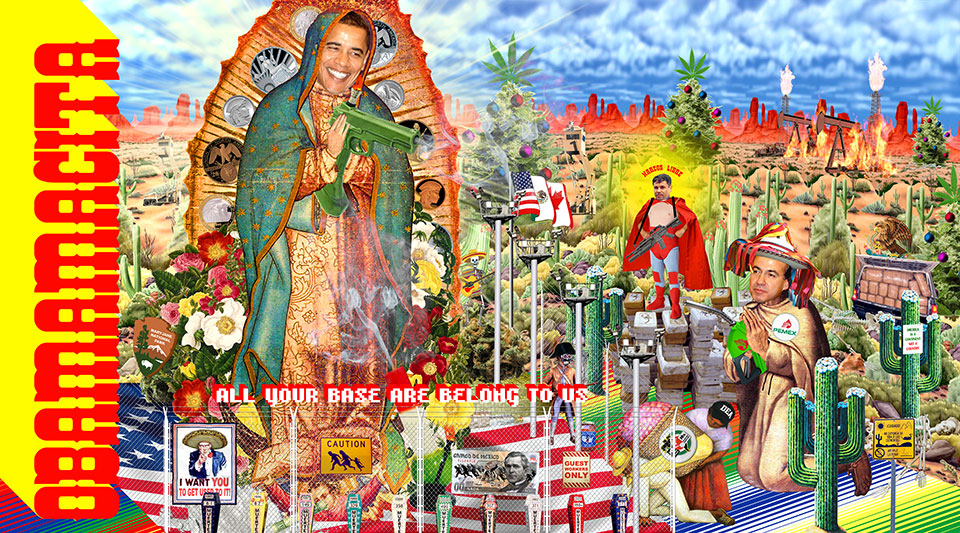 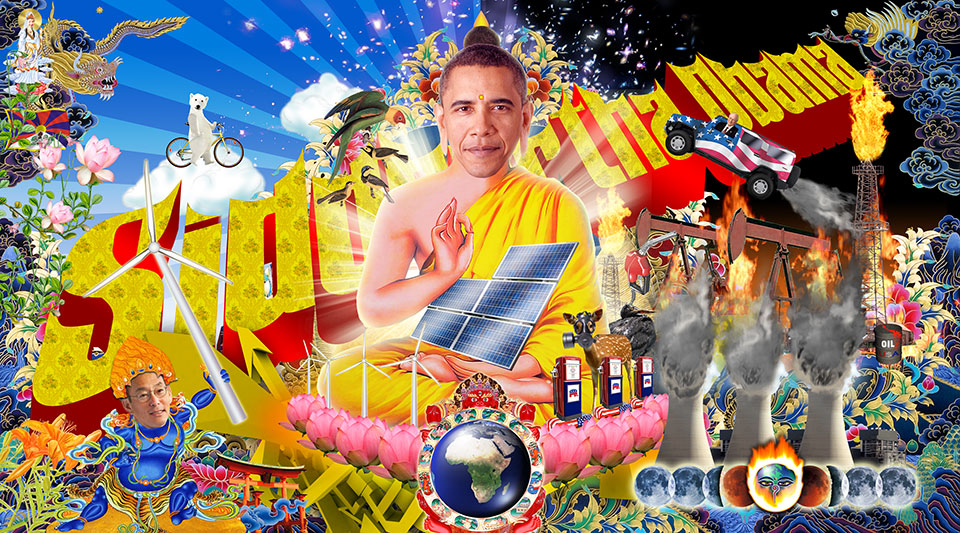 In G.O.D. We Trust remixes the political and economic hardships Barrack Obama has to overcome within various religious contexts. In the series the 44th US president keeps reincarnating into seven various prophets, spiritual leaders and deities in order to heal the world, including Jesus Christ, Buddha, Elegua, Lady of Guadalupe, Krishna, Mohammad and Abraham. The series uses the pillar beliefs, remixes the important stories, and substitutes the key elements of the religious texts with current political and economic climate. Rather than idolizing Obama, In G.O.D. We Trust examines the hope and changes the popular 44th US president promises to deliver and the obstacle along the way.

The title of the series appropriate the US national motto, but with a twist. In G.O.D. We Trust “GOD” is an abbreviation of “Global Obama Devotion.” Contrary to the artist’s previous works criticizing the manipulation of religion in politics, In GOD We Trust starts from the religious teaching and reinterprets the moral values within current affairs. The result is a spiritual journey that even an atheist cannot deny it.

I employ and remix images from popular culture, political figures and imagery found in cyberspace. Most of my social conscious artworks adopt the form of advertising in a reduction of contemporary events to a cartoon like mythology.

Through various media I aim to explore the nature of digital communication while touching on issues such as identity, politics, sexuality and power. My media includes Hi-Definition video animation, video game, net.art, digital graphics and mixed-media installations.
– Kenneth Tin-Kin Hung