Mr. English has worked across the visual arts spectrum, from vinyl sculpture to billboards and oil painting. Whereas most artists can be classified as either conceptual or visceral, Ron English is both, having achieved mastery of the physical medium even as his conceptual basis for painting has deepened into a refined distillation of socio-political observation, humor, and memory. Although his work is highly conceptual, English mothers every inch of the canvas, each brushstroke an artistic decision; the resulting humanity and warmth of the work stands as counterpoint to its idea-based origin.

Often using his children as models, and in particular his son as stand-in, English chronicles the soul’s sojourn through Pop dioramas of fear and appetite, aspiration and rage. While paying homage to the great art before him, English maintains his very personal point of view, transforming the public to intimate and the universal to specific. Using a mixture of imagery, medium and process referenced from great masters such as Warhol, Pollock and Picasso, combined with irreverent cherry-picking of populist totems from fast food to cartoons, English creates complex running narratives of his many alter-egos butting headfirst into the ‘Grand Illusion,’ where unstated cultural norms are exposed and analyzed.

Biography
Ron English attended the University of Texas in Denton and later went to graduate school at the University of Texas in Austin. Mr. English has exhibited worldwide for over twenty years, influencing a generation of artists and art lovers with his unique sensibility, in which the familiar is reflected through funhouse mirrors into something disconcertingly new. His work resides in the permanent collections of the Museum of Modern Art, Paris, the Whitney Museum, and the Paterson Museum. He has exhibited at the Station Museum in Houston and the Museum of Contemporary Art, DC. Recently his commentary and art were featured in the hit movie Supersize Me, widening his audience beyond the boundaries of intrepid art seekers, and he has appeared on television in the US, Canada, Europe, and Japan. Featured in Entertainment Weekly’s Top 100 Hit List of 2005, he is also the subject of the award-winning documentary, POPaganda- the Art and Crimes of Ron English. 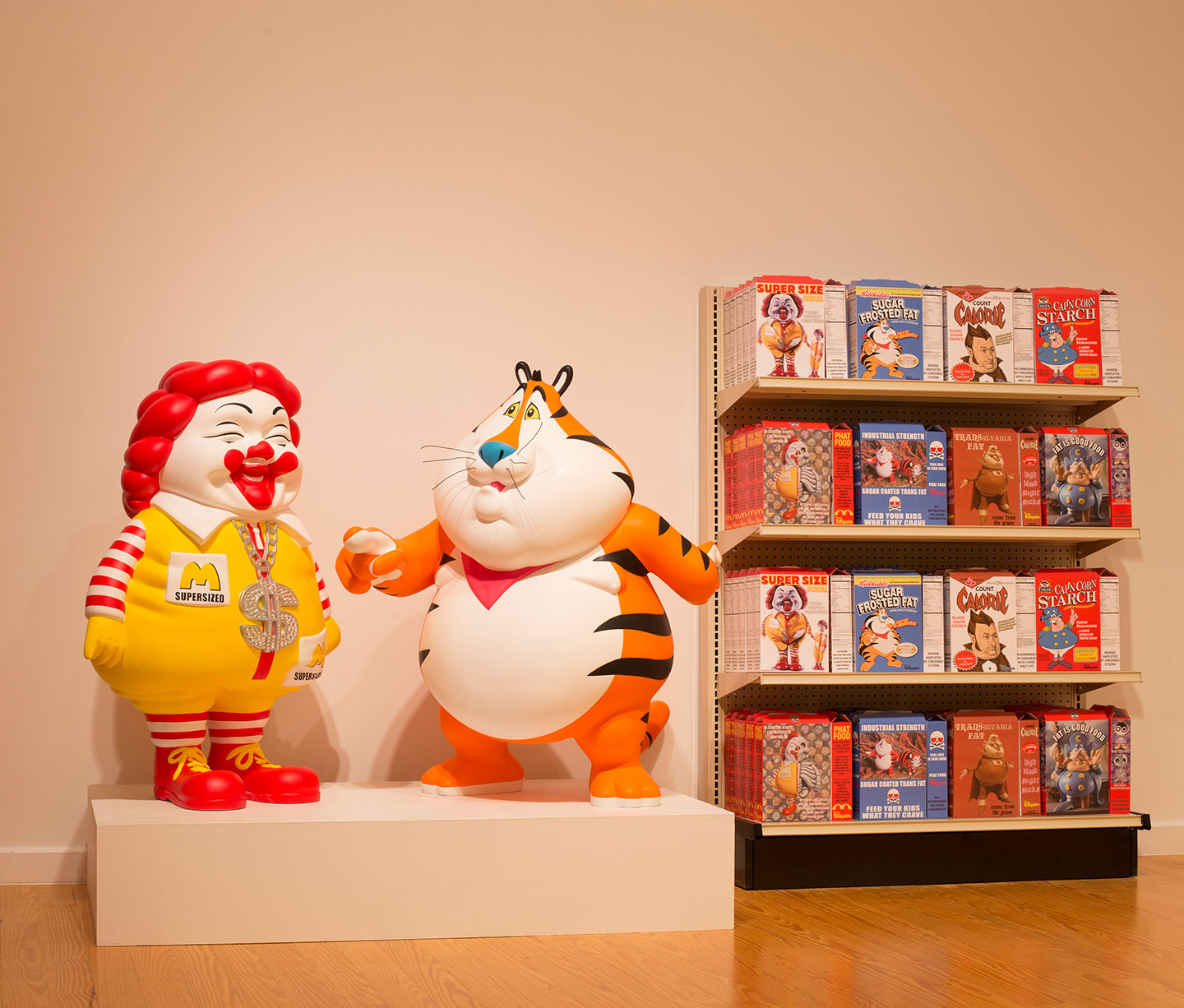 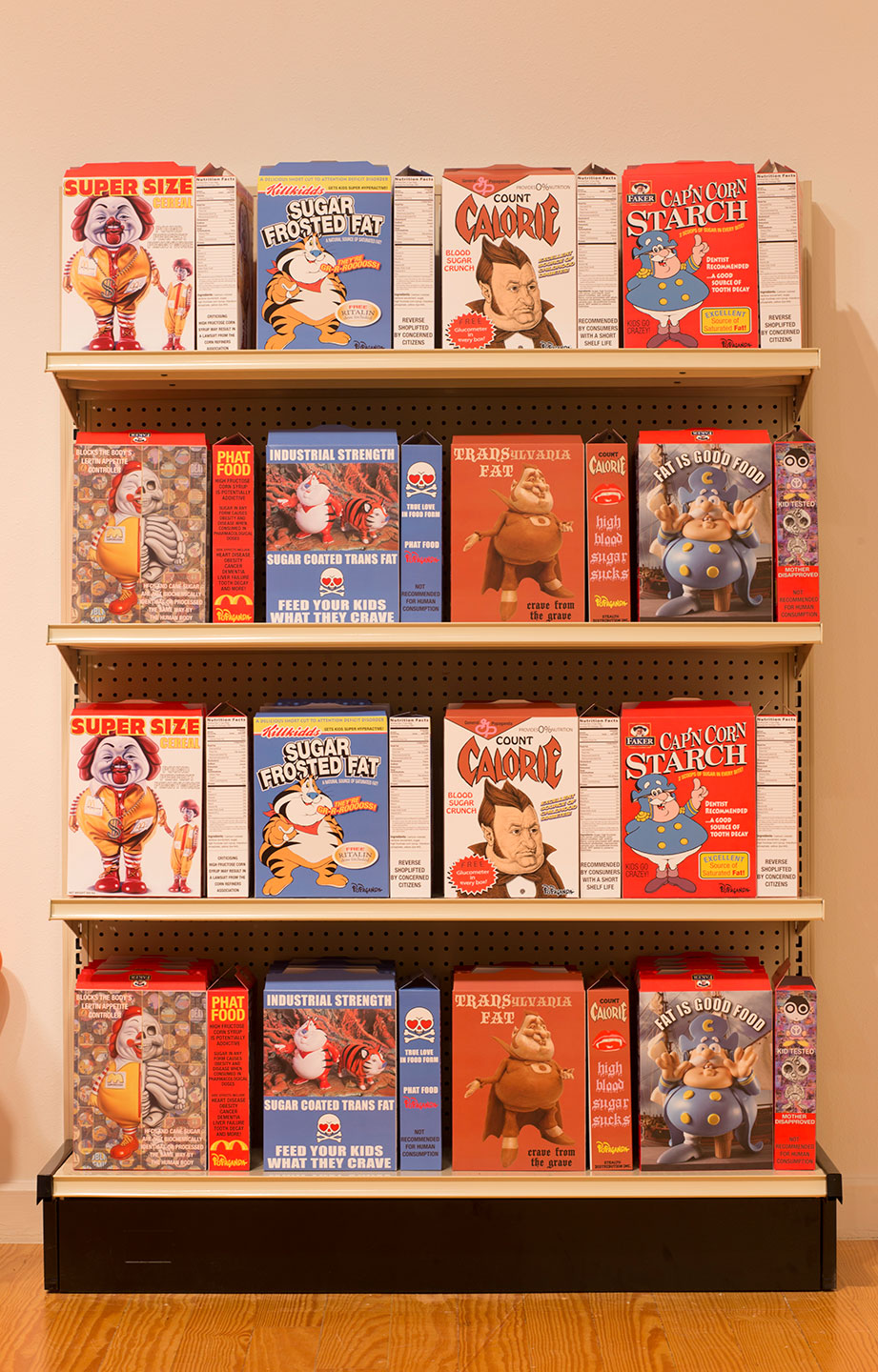 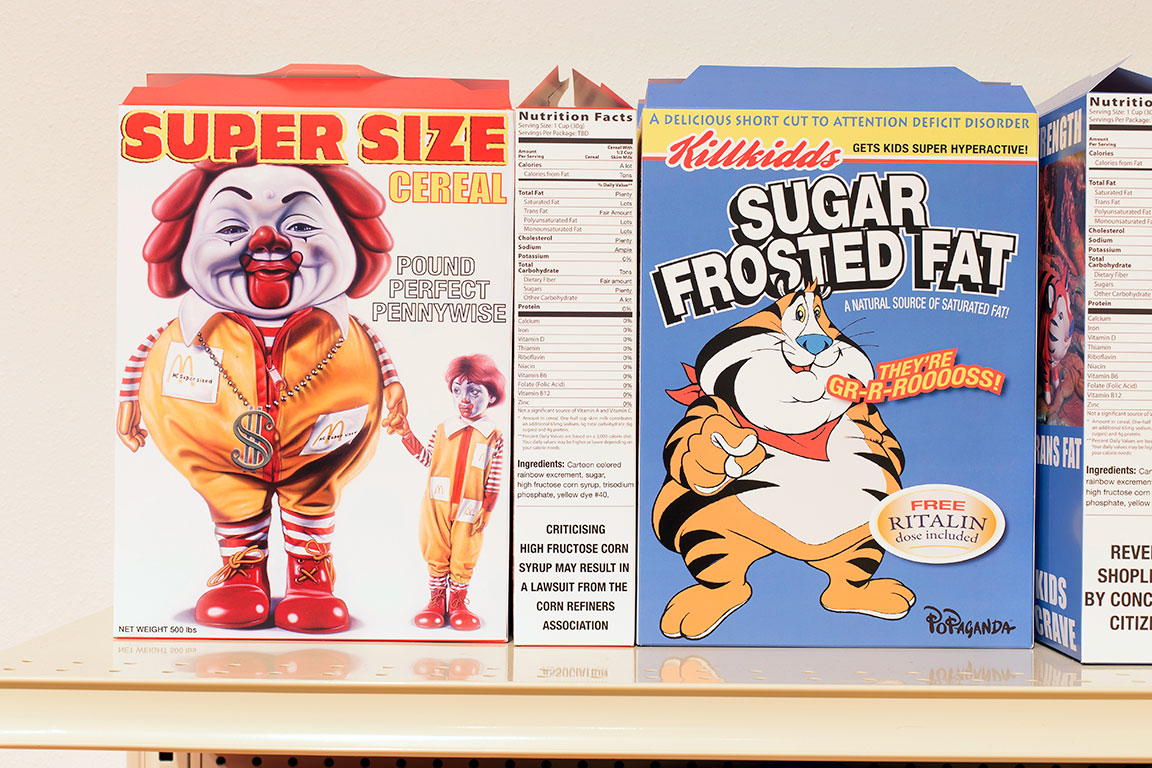 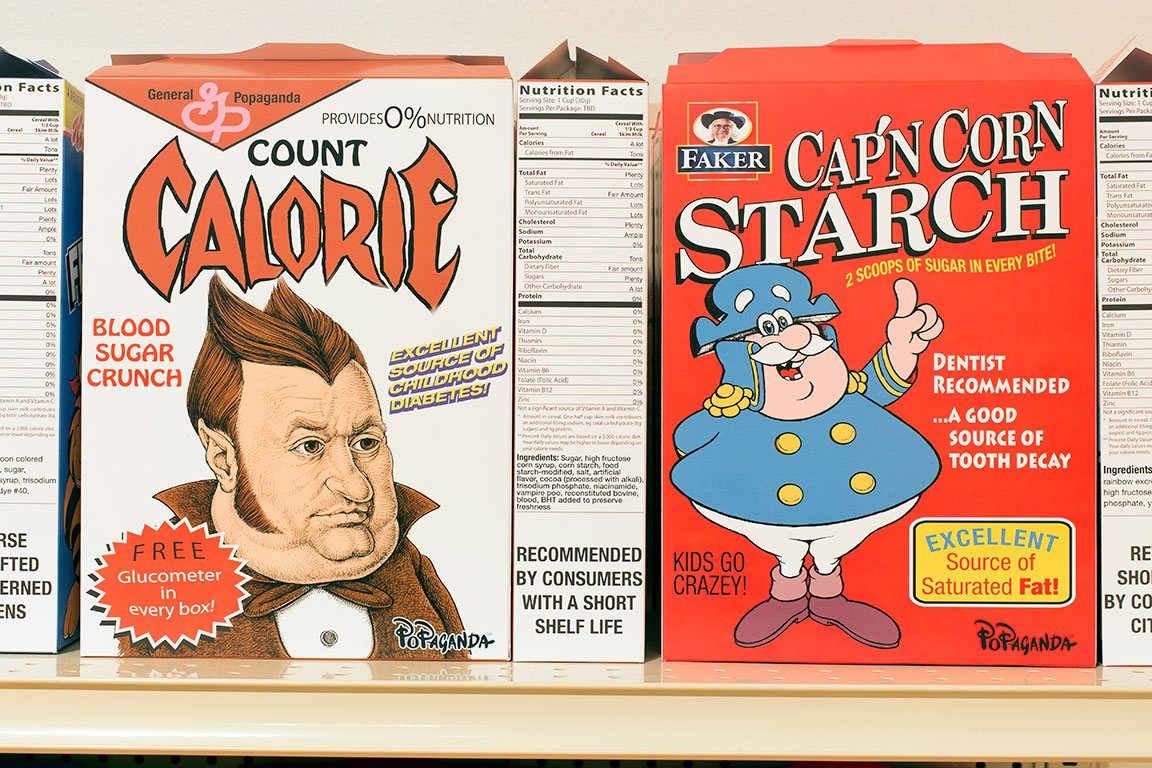