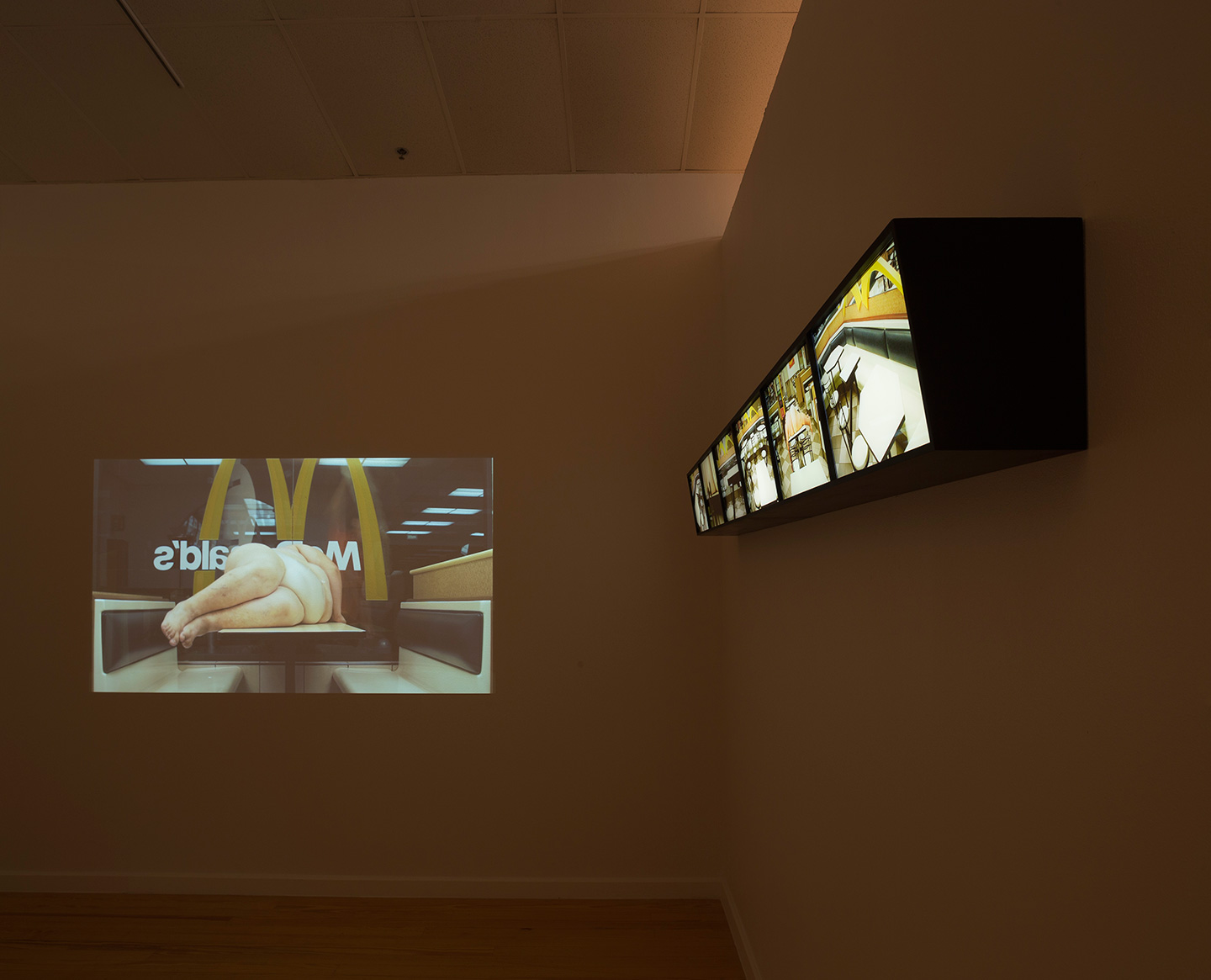 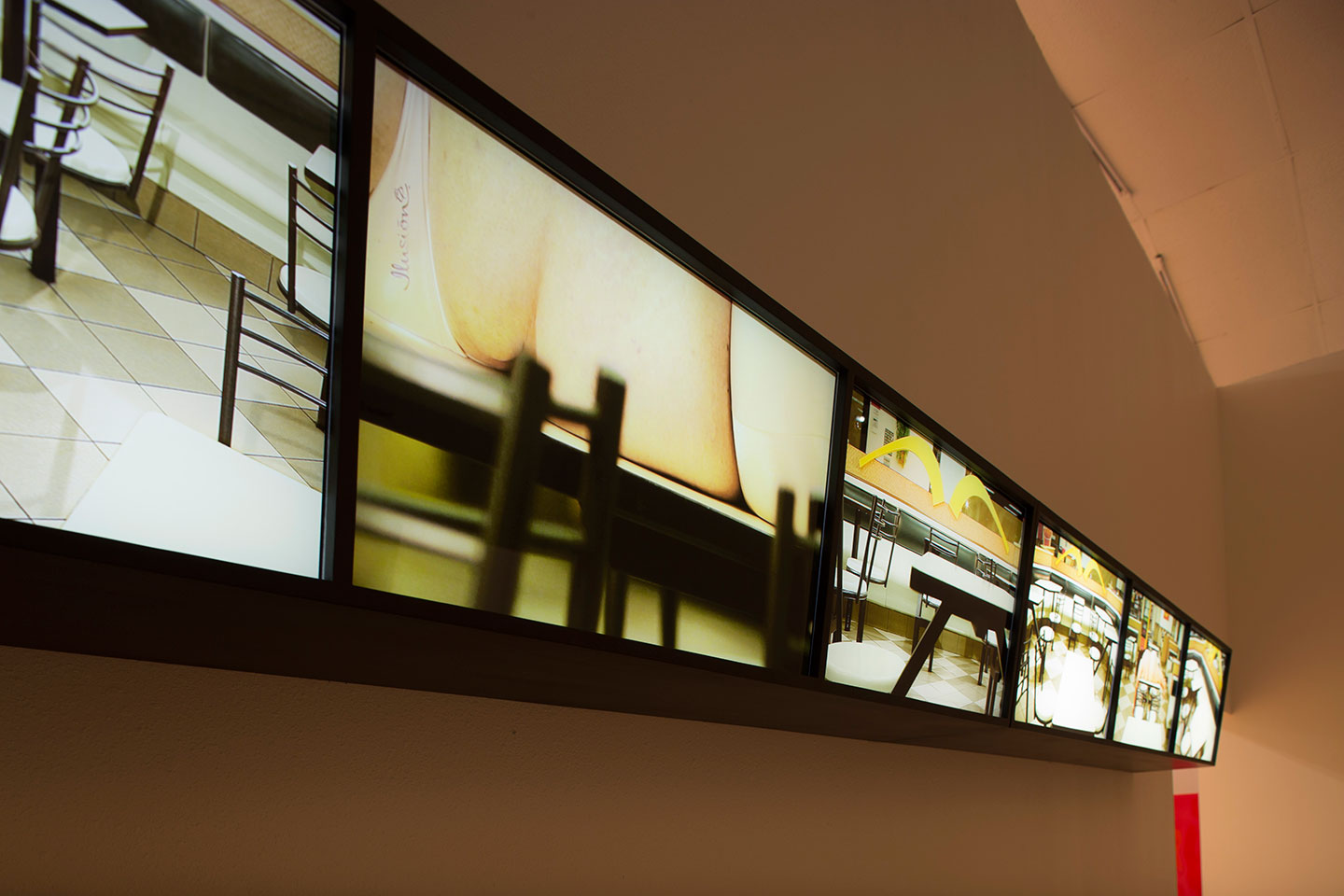 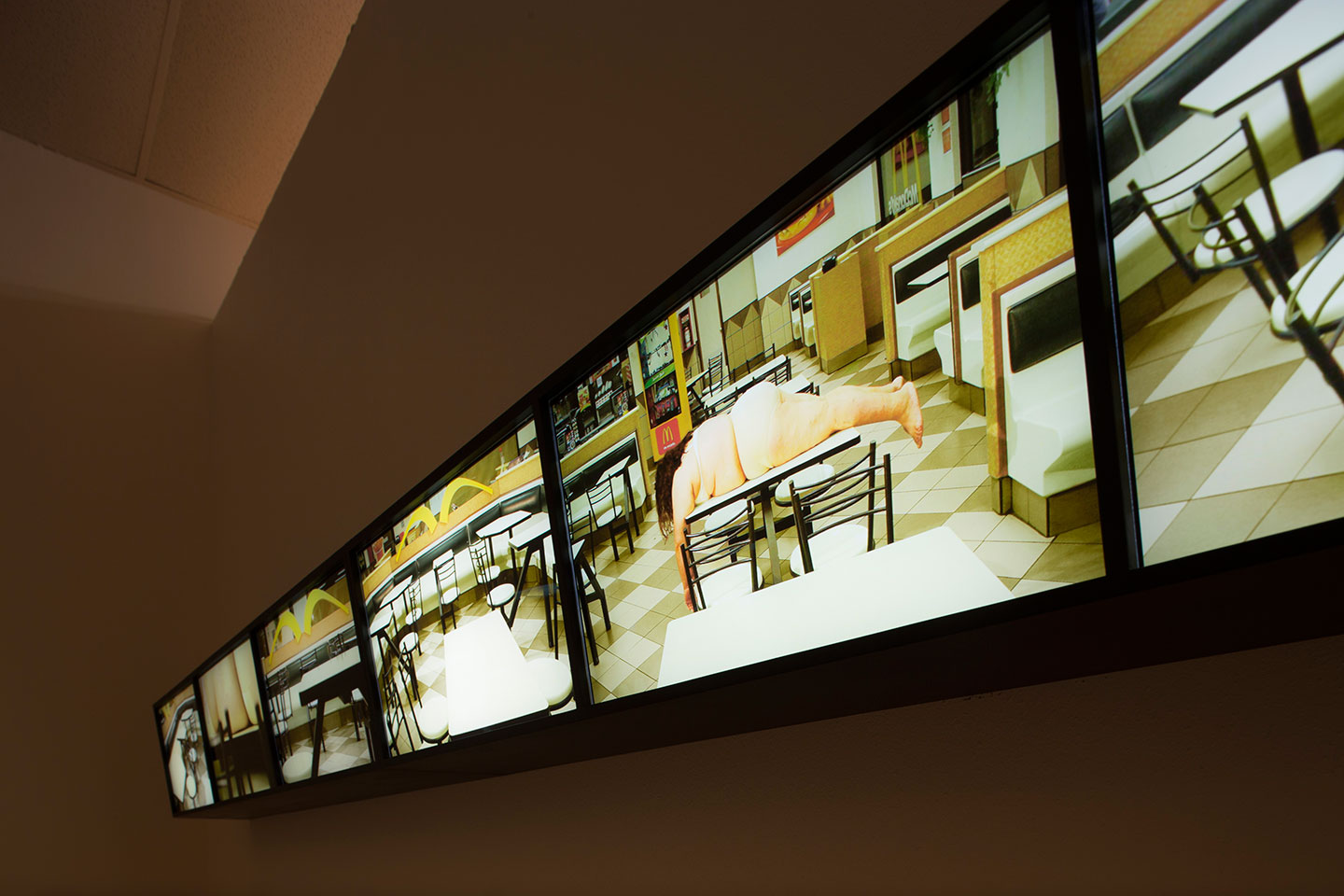 Freedom Fries includes a single-channel video installation, a single-channel video sculpture and a series of triptych photographs. For this piece, Okón convinced both a McDonald’s manager to grant him access for an overnight shoot and a loyal McDonald’s customer to participate as a model. The resulting work references the way in which the body is tricked and, above all, dehumanized by the corporate environment. In this sense, the site itself acquires a symbolic nature—McDonald’s as a representative of corporate culture, references the way in which “consumer society” alienates the human body. In Freedom Fries the obese body becomes the evidence of a neoliberal system in which ideology promotes an idea of freedom based on disproportionate consumption and the continuous promotion of low self-esteem. In such a context, the work points out the irony of how we have become prisoners of our own bodiesin the name of freedom. Freedom Fries documents the consequences of an economic and political system that has eroded our agency so deeply that we have lost not only the connection with other species and other human beings but have also become alienated from our own corporality.

Biography
Yoshua Okón was born in Mexico City in 1970 where he currently lives. His work, like a series of near-sociological experiments executed for the camera, blends staged situations, documentation, and improvisation, and questions habitual perceptions of reality and truth, selfhood, and morality. In 2002 he received an MFA from UCLA with a Fulbright scholarship.