Since the mass immigrant rights rallies of 2006, Houston has seen a flourishing of immigrant rights activism across multiple sectors of our community, from labor to domestic workers, to the fight against immigrant detention centers. Since 2008, the fight against deportation and detention centers has become manifest in the fight to end family detention at Hutto in 2009, and now more recently the community-led struggle against individual deportation cases and the bold efforts at resistance by detainees from within. 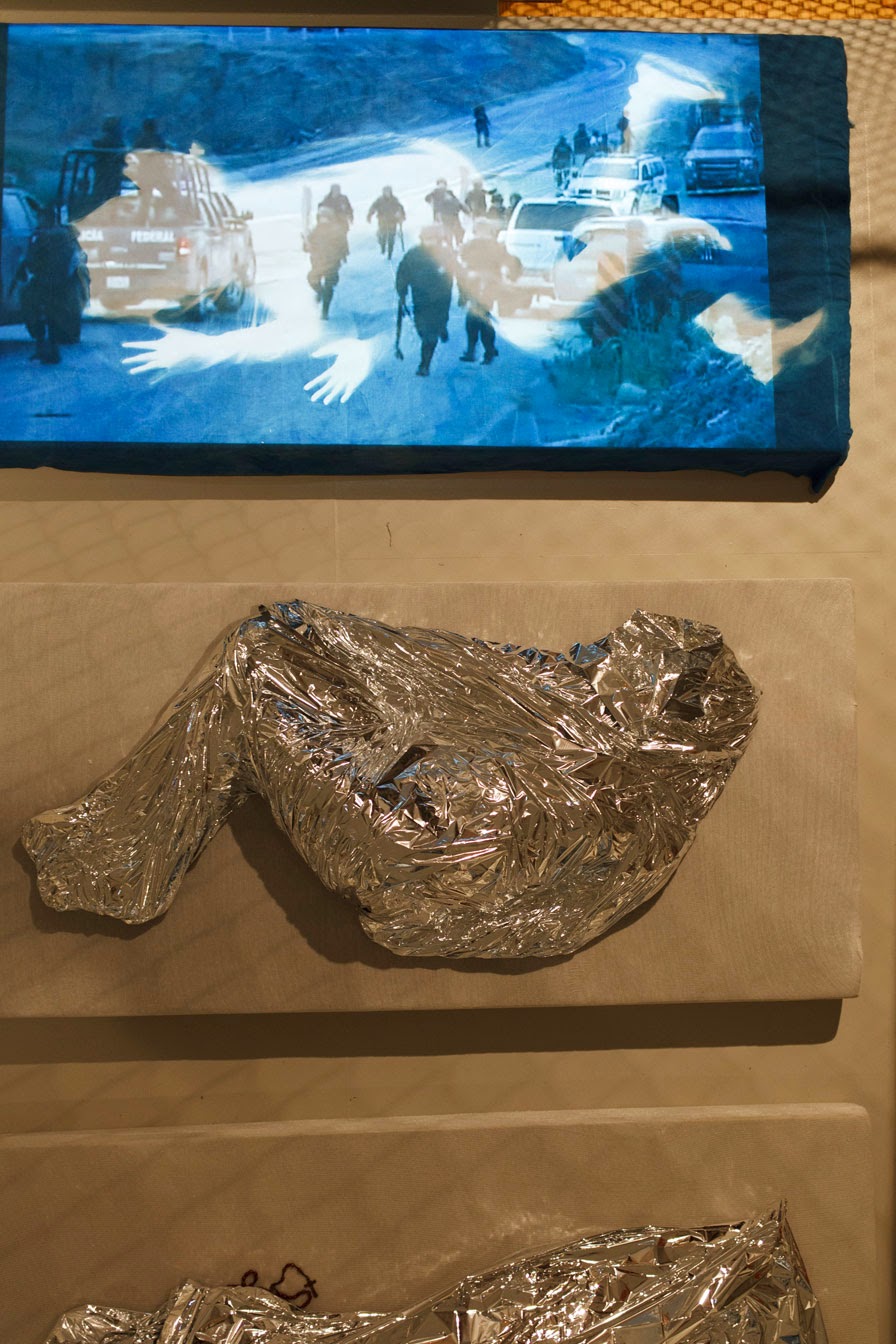 Prior to this, the issue of borders and migration has been viewed primarily as an issue that occurs at national boundaries, a cat and mouse game between migras and migrantes, but with Immigration and Customs Enforcement (ICE) reaching deeper into domestic law enforcement with programs like 287g and S-Comm, “the border,” as the Chicano/Mexicano performance artist, Guillermo GómezPeña, once said, really is “everywhere.”

However, “the border” was never just a regional metaphor, and now, more than ever it has come into every corner of our lives. If you have ever flown out of the George Bush Intercontinental Airport, you have flown over an immigrant detention center that holds nearly 1,000 men and you have passed through customs where ICE agents routinely single out legal permanent residents for names that sound too familiar: Martinez, Rivera, sounds like the name of a narco. You sure you don’t have a criminal history?

40 miles north in Conroe, Joe Corley Detention Center holds 1,500 immigrant detainees as they wait for court cases for indefinite periods in a barricaded facility wrapped in 30 inch rings of barbed wire and a moat. It stands remote and unseen like a medieval castle. On March, 17th 2014, more than 200 men initiated a hunger strike in this facility, demanding better treatment, an end to the collaboration of ICE and local law enforcement, and the mass separation of families. The hunger strike lasted for more than 2 weeks and ended in mass deportations of strikers and a federal investigation of the facility, which according to David Vasquez, a former detainee and hunger striker, has led to substantive changes at the facility.

In June of 2014 and in the wake of a three-part series of Bring Them Home Campaigns which brought large groups of previously deported dreamers and families back from deportation, mass numbers of women, children, and fathers left violence in their home countries and presented themselves to Border Patrol and Customs officials across the border in a family-led act of civil disobedience. Now, family detention has returned to Karnes County and at a new detention center in Dilley, TX and fathers, as always, are separated from their wives and children to be warehoused in hundreds of detention centers across the country.

Due to a congressional mandate, ICE is required to hold 34,000 beds at all times throughout the country leading to the rise of more than 300 private and public detention facilities across the US. Whether housed in cells of 12 to 30 men, kennel-like cages full of women and children on floor mats and mylar blankets, or solitary confinement, thousands of men, women, and children are left in cold cells often called “hieleras” or ICE boxes to wonder what will happen to them. Will they be reunited with their families?

A man crying himself to sleep at night, a Dreamer not allowed to finish high school, a Pastor refused the ostia for not being in “the grace of God,” a child wrapped in nothing more than a mylar blanket, these are some of the images that flash through our minds as we wonder if someone we know and love will be deported tonight.

Some art collectives come and go; some stay. This one, sin huellas, promises to flirt with the tentacles of the state without a trace. More like long, straight corridors, connecting multiple cells like a space-ship to outer-space, or a glass window intercut with steel to ensure a sturdiness, that no love between family members can break. This is what we hear: loud conversations in visitation rooms that no one can comprehend. Lawyers talking to clients in split-tongue languages. Deportation officers telling border lies.

Sin Huellas makes the effort to peer into the things that we cannot see, to listen into the conversations that we cannot record, to draw the tableaus that would rip our souls if we were forced to experience them.

We trace the pictures that we cannot see.