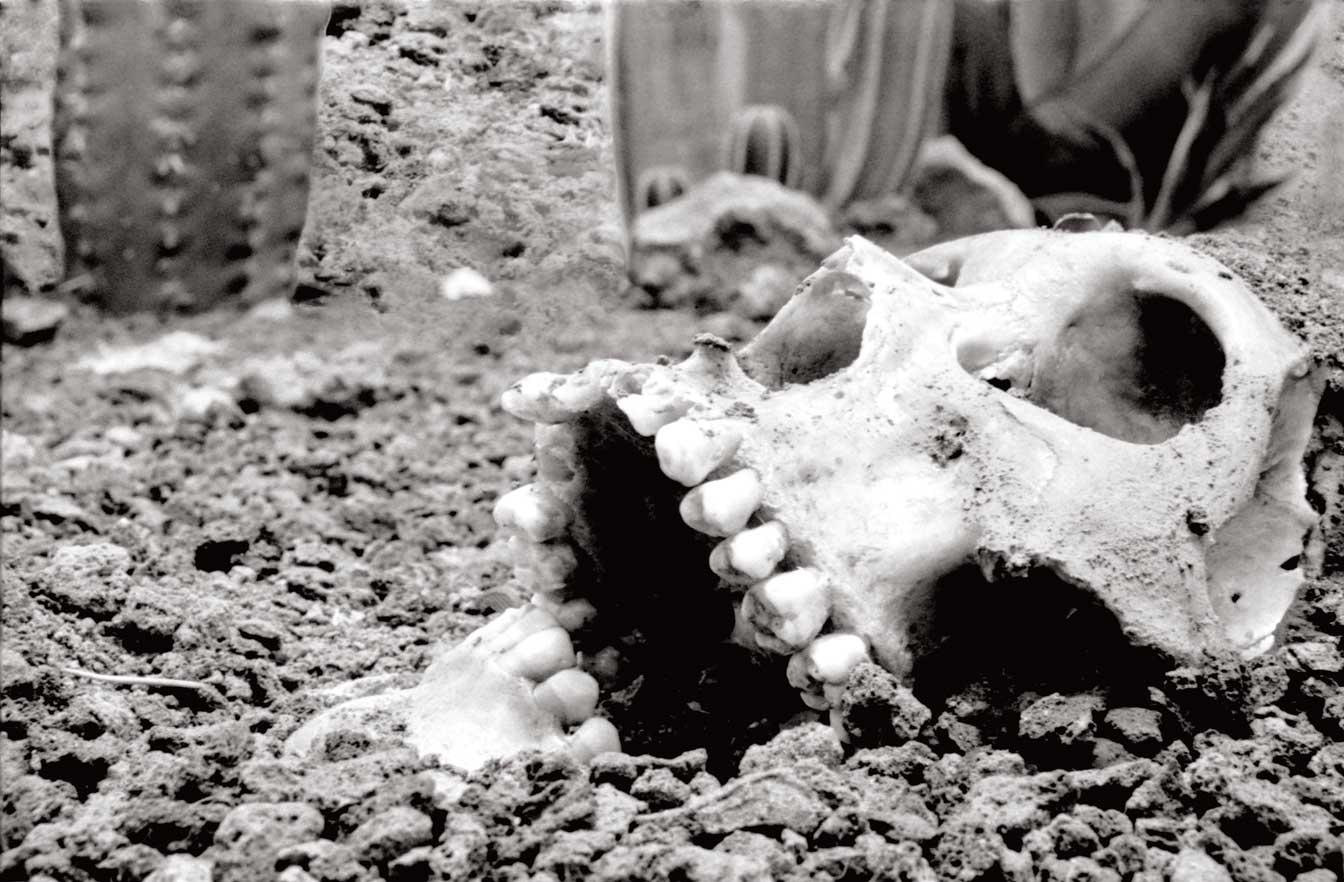 Since 1993 to the present over 450 young women have been reported missing and discovered dead in Juárez, Mexico near El Paso. This exhibition consists of works by l8 artists and filmmakers who have been deeply concerned about this horrendous cycle of of unsolved murders. Each of the artists has created work that addresses various aspects of this tragic situation: misogyny, las maquilas, globalization, the mother’s movement for justice, los desaparecidos, and the role of the Mexican government and media as well as the involvement of United States. This issue has become an world-wide concern of artists and activists and is a microcosm of the serious events taking place all along the U.S. – Mexico border.

When I think about the grisly unsolved murders of the 450+ young women in Juárez, a city situated on the Mexican side of the Texas border, I go into shock at the enormity of these crimes. I have daughters. The murders have been happening since 1993, are ongoing, and have been spreading. While the majority of the women are Mexican, a good number of them are American citizens. I would think that Mr. Bush and Mr. Fox would do something about these crimes, but their silence is deafening and their inaction as mysterious as their commitment to their respective peoples.

The vast majority of the victims are girls between the ages of 14 and 23, and judging by their battered remains, they have suffered horrendous torture, mutilation, dismemberment, extreme sexual abuse, rape, and in some cases, organ theft. In addition, hundreds of young women are still missing and presumed dead. Frontera450+ invites the viewer to experience the artist’s response to this tragic situation.

This exhibition consists of the work of seventeen distinguished artists who are bringing their art to bear on these horrendous crimes. It is the first full museum exhibition to focus on this mass murder. Some of the artists deal with an aspect of these unsolved murders, be it male rage against poor, powerless women, the complicity of corrupt police and drug gangs, the inaction of both governments, or the role of US and European owned factories where nearly all of the dead women worked. Others create works that reflect and ritualize their own emotions and represent their passionate attempt to bring some sanity and transparency to this madness. Over the last ten years, the issue of the murdered women of Juárez has become a serious concern to human rights activists around the world.

To the question of who is responsible for these crimes, there is only the merest speculation. No one appears to know the answer. Because most of them come from Mexico’s poorest classes, the young women of Juárez seem to be expendable, and precious little has been done to prevent their murders or find the killers. The local Juárez police, the State of Chihuahua, and the National Government of Mexico have either haphazardly investigated these murders or perhaps, covered them up. There have been brief interventions by the FBI, the UN, and Amnesty International, but the crimes have remained unsolved and have gone largely unreported in the United States. Only activist groups, the mothers of the victims, courageous newspaper reporters and artists have kept this issue alive.

Because these murders are perpetrated just over the border with the United States and because a significant number of the victims are US citizens, I would think that the outcry would be deafening, but given the shameful anti-immigrant paranoia of the Republicans and some of the Democrats, the total lack of compassion and criminal incompetence of the GW Bush and Fox administrations, inept border policies, and the drug violence that borders on anarchy on both sides of the frontier with Mexico, it is clear that this terrible femicide will continue in Juárez and spread to other cities until determined steps are taken by the citizens of both governments to end the silence and find the perpetrators. – JH