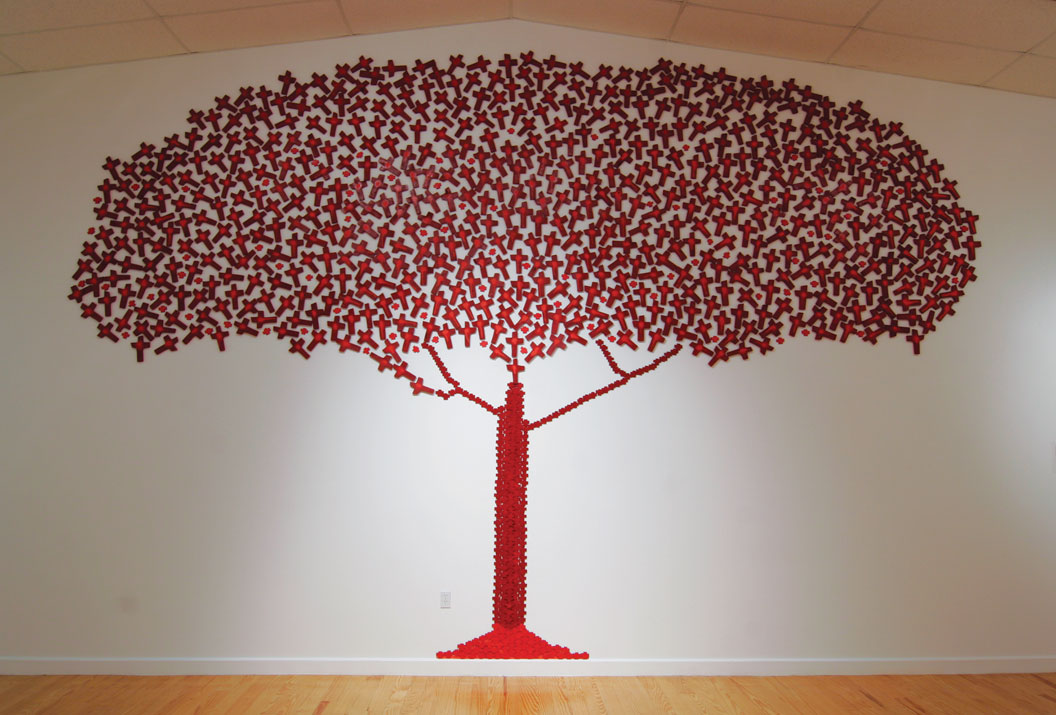 To me the cross has always been a familiar sign that takes me in a second to my Catholic upbringing but mostly brings me closer to my mother, who is also a  symbol of a peaceful and safe place.   We know this is not always the case; in war history it has been the symbol of aggression and of threat as well.  Throughout history of mankind, the cross is almost always related to death, it symbolizes the passing to another world, to the memory of the departed, the quick mark or gesture suggesting a place of resting for the souls.  . . . I really believe in my heart for the families the cross to be a symbol of Jesus the Son of God, God the protector, the merciful, and who will bring justice soon enough, if not on this life, in the next one . . .

It is said when looking at the history of the Americas that there was not only a conquest of the ‘sword’ but of also the ‘soul.’  Angela Dillon cultivates the tree mythology of the Nahual people and Catholic symbolism of death and resurrection to create The Tree of Life and recalibrates its significance within the context of Juárez.  The Nahual people considered the tree of life to be ‘axis mundi’ (a life giving force at the center of the earth that penetrates and unifies all the layers of the world).  This axial symbol for the Mayan’s has often been depicted in folklore as a passageway for dead spirits to ascend from this world to the underworld or heaven.