In the last 10 years, 340 women working in the manufacturing companies of Ciudad Juárez, Chihuahua, in the border of México and the United States, have been murdered.  As of this days, none of them have been solved.  I ordered a piñata done in the shape of a young girl, I painted the dress it in a manner in which the girls at the factories do in Ciudad Juárez.  I attached a long real wig to her head and I hung her from the ceiling as all the piñatas are hung at parties.  I hire a theatre actor and explain him the motive of this video: to represent a horrible art of misogyny.  The video is an uncomfortable performance of misogyny acted by an excellent Mexican actor.

The piñata was introduced in Mexico during the French occupation and was originally constructed of cay in the shape of a star.  During familial or religious celebrations the piñata is filled with candy and everyone gathers around to watch the participant bash the piñata with a stick.  Typically, the participant is blind folded and turned around about 5-20 time depending on how old or strong the participant is, in a sense the community feels a responsibility to make the game ‘fair’.  Many times the piñata whorls around and alludes the participant.  In the end it is always the same, the participants are rewarded for their efforts with candy.  However, Serrano rewrites the ending and there is no reward to be found.  Thought Serrano’s piece is simple and straight forward the presentation turns into a vehicle for the viewer examine power and culture. 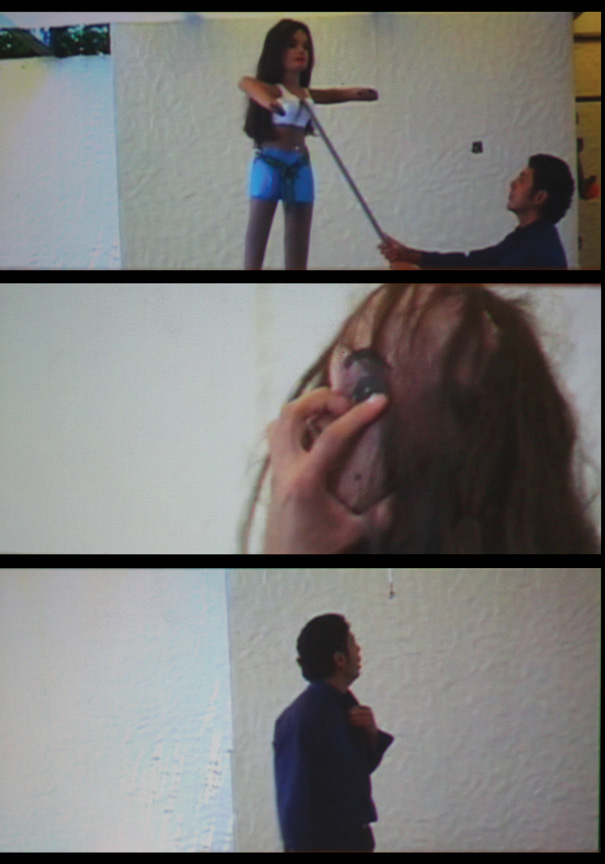