The Artist Diaries of George Gittoes

The center of all his creative thinking and invention are the artist’s diaries – a series of volumes he has travelled with and worked in – on planes, in bus shelters, refugee camps, battlefields, hotels, great cities of the world, and some of the most remote and unvisited places.

The diaries have become a key exhibition element of his multi media installations – and are integrally linked to his use of various other mediums of photography, film, painting, drawing, writing – the central cog to his creative work and life-journey as an artist. 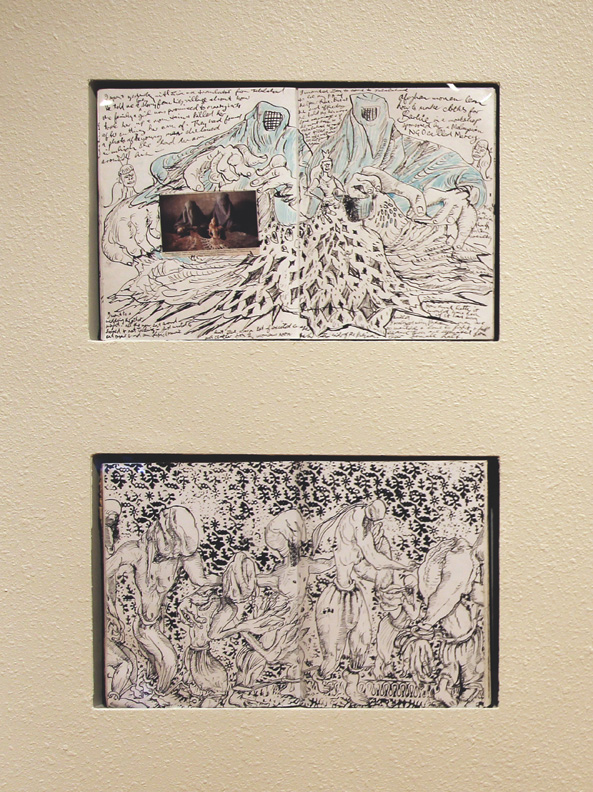 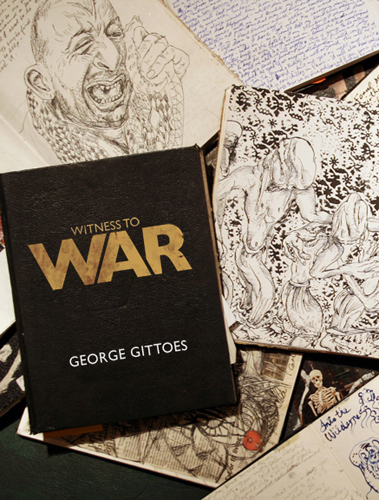 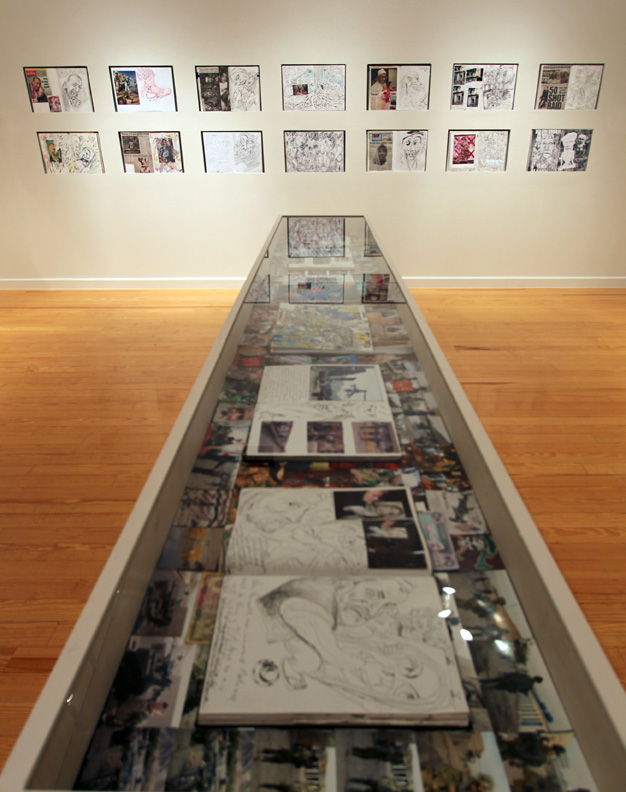 George Gittoes works in a variety of media: painting, drawing, printmaking, installation, video and film. He was born in Sydney, Australia in 1949. He has been exhibited internationally, most notably, in Documenta X (Germany) in 1997. His other exhibitions include Minefields (Geneva and Moscow) in 2000, Lives in the Balance (South Africa) in 2001, Across the Lines (Sana’a, Yemen) in 2002, and NO EXIT (Aveiro, Portugal) in 2003. His films have received critical acclaim in Berlin, New York, London, Chicago, and Copenhagen. In 1998 he was the artist in residence at the Central Academy of Fine Arts, Beijing and in 2002 was the artist in residence at The School of Humanities, University of Michigan. In 1997 he was awarded membership in the Order of Australia (AM) for his service to the arts and international relations and in 2008 was awarded the degree of Doctor of Letters by the University of New South Wales.

Gittoes’ exhibition at the Station Museum in Houston is the first major presentation of his artwork in the United States. It reflects the life and the vision of a unique artist who is driven to experience the tragedy of war first hand. It would be difficult to find another artist in the world remotely like him. Gittoes is both a fine artist and a war artist who often risks his life in the process of making his art. He has set up mobile studios in countries mired in conflict and upheaval, for example, Cambodia, Rwanda, Nicaragua, Northern Ireland, Philippines, Bosnia, East Timor, Palestine, Congo, South Africa, Lebanon, Chechnya, Western Sahara, Yemen, and Iraq. He has lived and worked in these countries during the worst of times. His diaries are the center of his creative thinking, and his paintings and films expand and deepen his vision of a world torn apart by warmongers, dictators and politicians. Recently he has been working in the tribal areas of Afghanistan and Pakistan, the site of his 2009 documentary film The Miscreants of Taliwood. 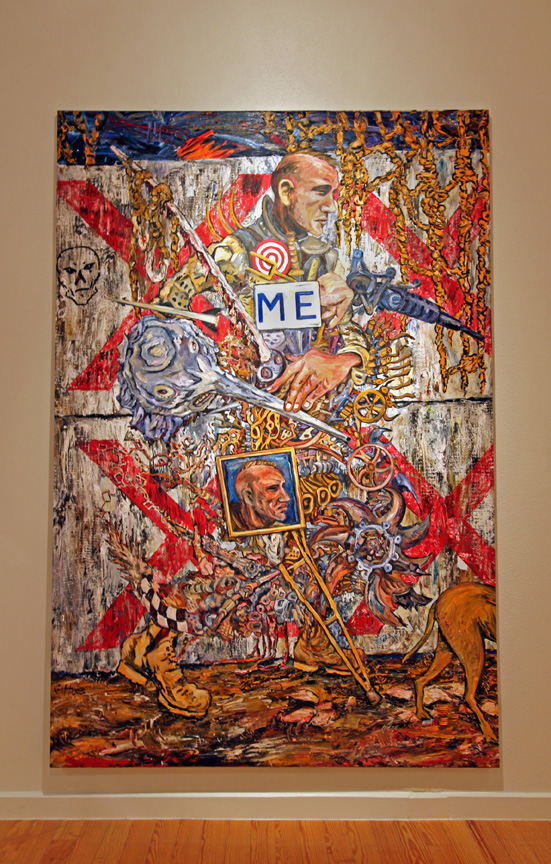 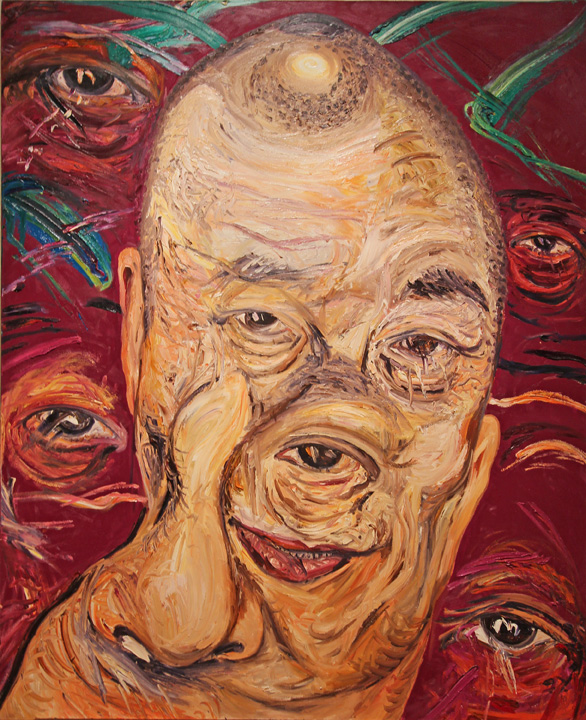 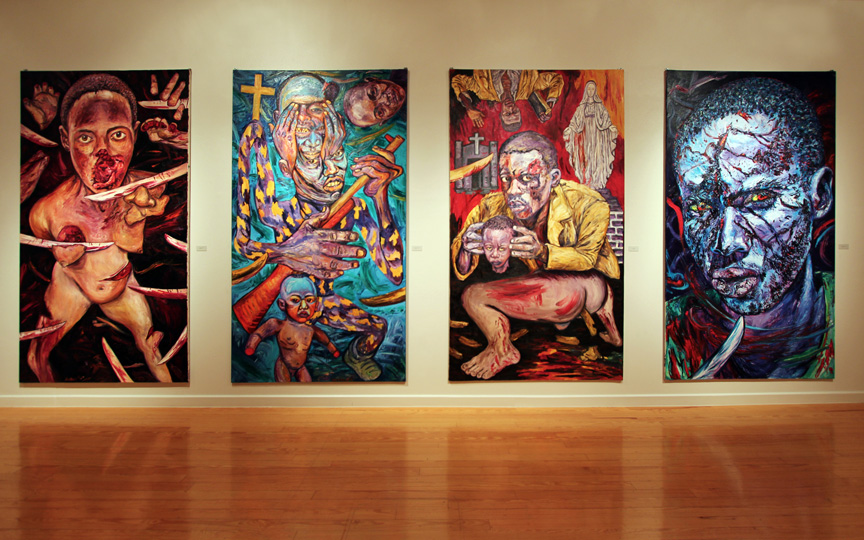 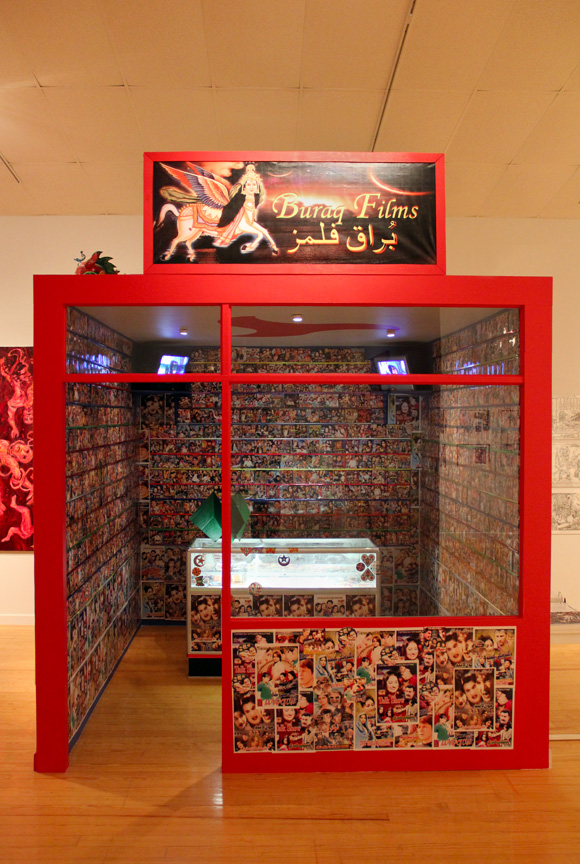 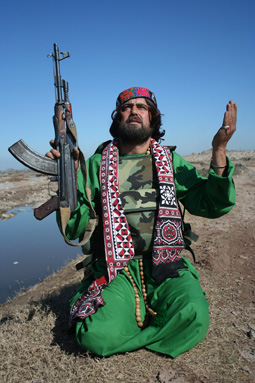 George Gittoes, Video still from his film: “Miscreants of Taliwood”

With an inspired simplicity, Gittoes explains his journey, his vision, and his motivation in his own words:

Why do I do it? As far as choosing the roads I have travelled, I have this instinct that if I get comfortable, the work will lose its ‘sting.’ So I go out of the comfort zones and into the wilderness to find my art. In the past, it was the natural world where predators fed on gentler creatures. In the contemporary context, I go alone to a different kind of human wildness–Rwanda, Bosnia, Iraq, Afghanistan–not to contemplate nature, but the basics of humanity…