Fabio D’Aroma’s project of the recreation of St. Matthew and the Angel is the final step of his long-term fascination with Caravaggio. This priceless work of art was tragically destroyed in Berlin in 1945 when the Kaiser Fredrich Museum was bombed during WWII — D’Aroma decided to recreate it. During his years in Rome he studied Caravaggio’s technique exhaustively. For as much as D’Aroma’s work might look dissimilar to Caravaggio’s, this period of experimentation is at its core. He views The Lost Caravaggio as representing a sort of closure, after which he could dedicate himself to his new production.

D’Aroma’s recent paintings deal with the relationship of images to their society and the theme of displacement. In his words, “My work is a lot about what is innate in humans and what changes in time. In particular, I focus on the crisis (Latin for ‘turning point’) in the Western world that is spiritual before economical.” He is interested in presenting time as an entity that is simultaneously fixed and fluid. Vividly clear and static memories constantly seek to engage the chaos of the present and that chaos seeks form in an unformed idea of the future. From his point of view, the question is if social media is really social and if the ease, velocity and quantity of information exchanged (many times at the price of quality), forcing us to spend longer hours in front of a device, really help us to interact. In his work, narcissism is essential. His characters are completely self-involved. Also when they cooperate, they do so in an awkward way that is difficult to comprehend. Nevertheless, they have no second thoughts or doubts. They are charged with a nervous energy that keeps them from stopping and thinking.

We wish to thank Wayne Gilbert of G Gallery for introducing the Station Museum to this artist.

Fabio D’Aroma was born in Pescara, Italy in 1973. He graduated from the Accademia di Belle Arti in Rome in 1997, with his thesis studies concentrated on Caravaggio. Since 2001, he has been working primarily in the United States, mostly in New York although also spending periods in Chicago, Miami, and Houston. He has exhibited in galleries in the United States and Europe. 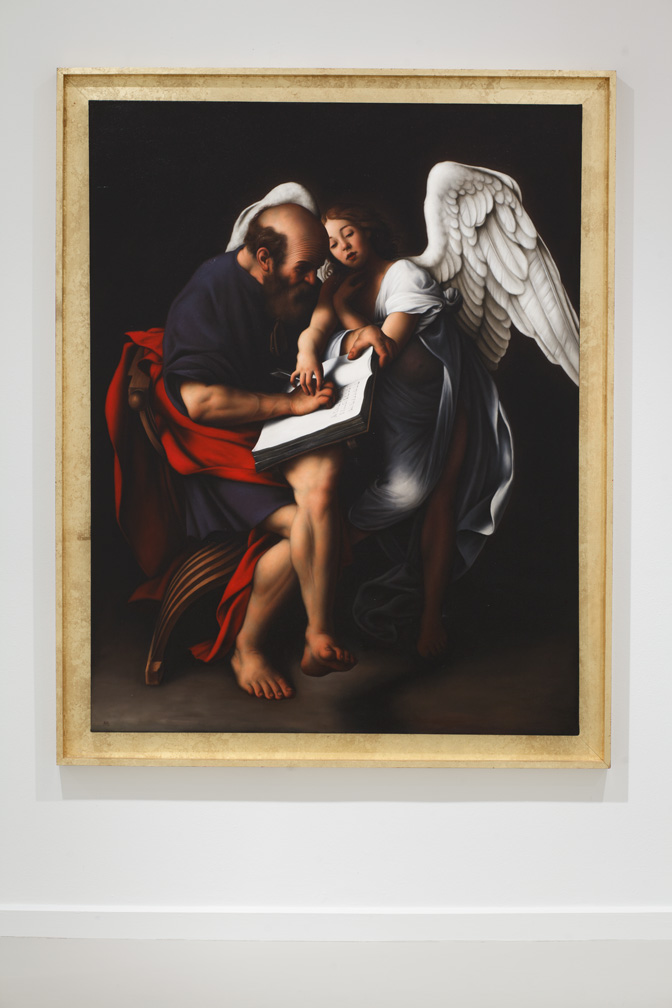 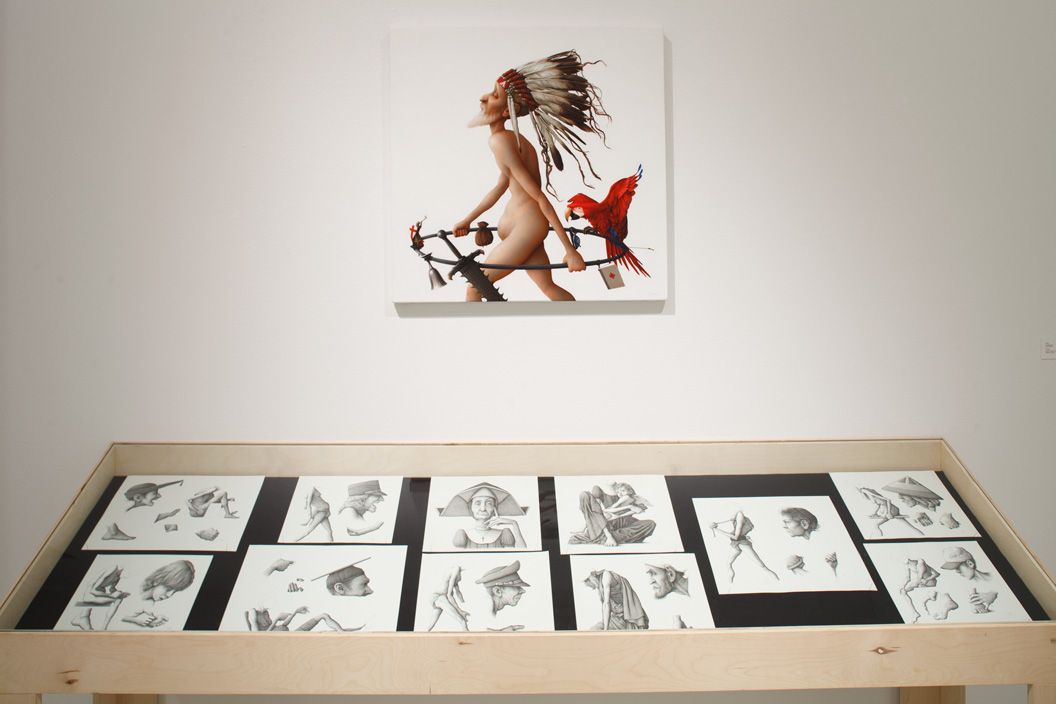 Fabio D’Aroma, above – “Paraphernalico”, oil on canvas – in case – Artist’s studies for paintings, graphite on paper 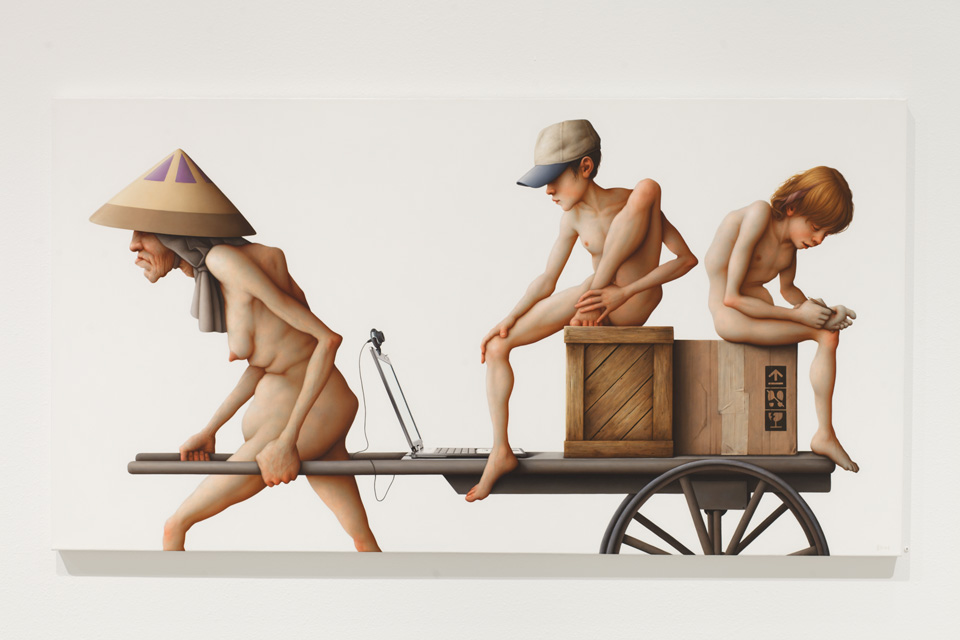 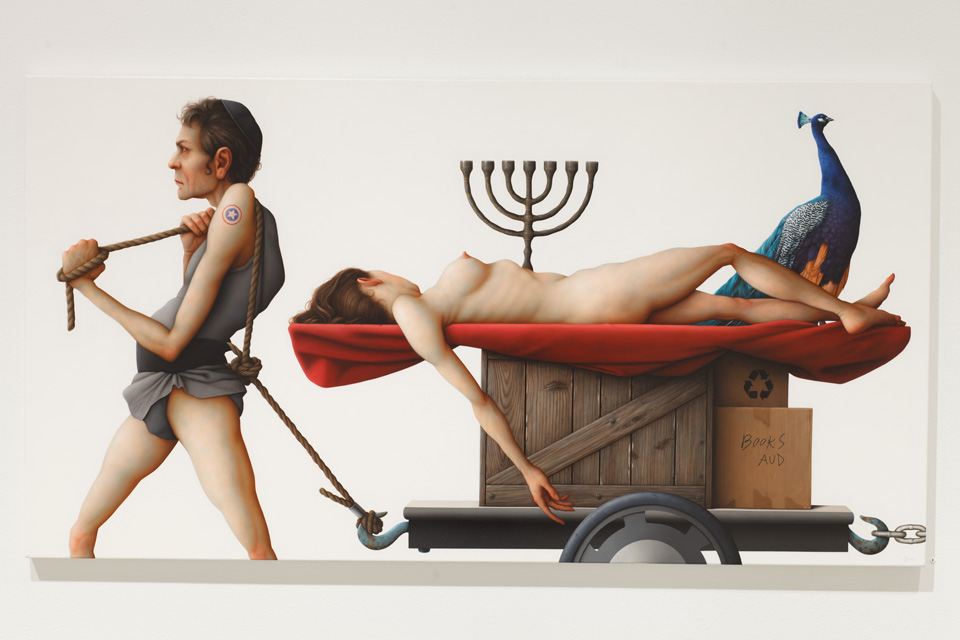 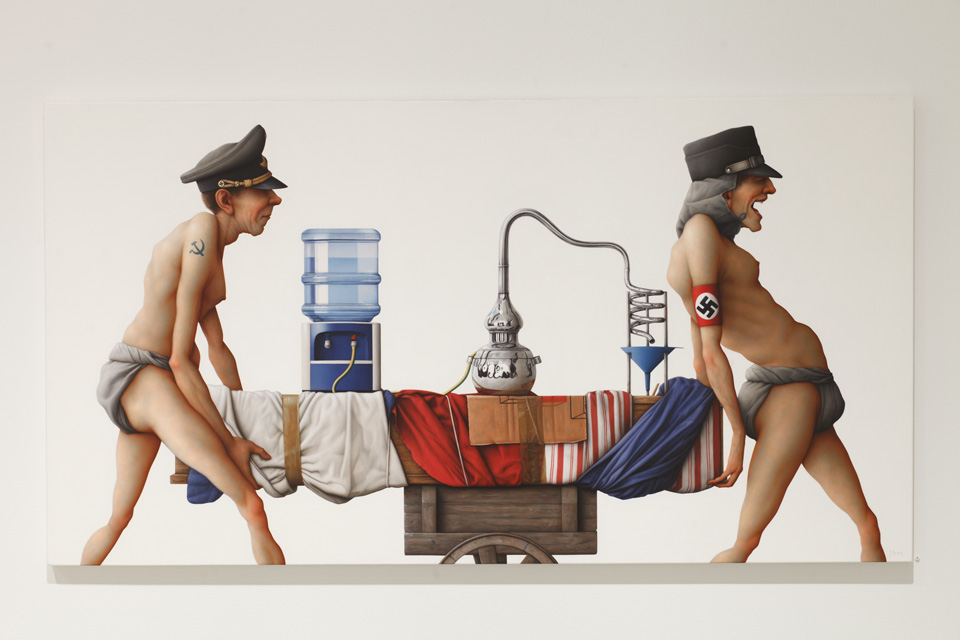 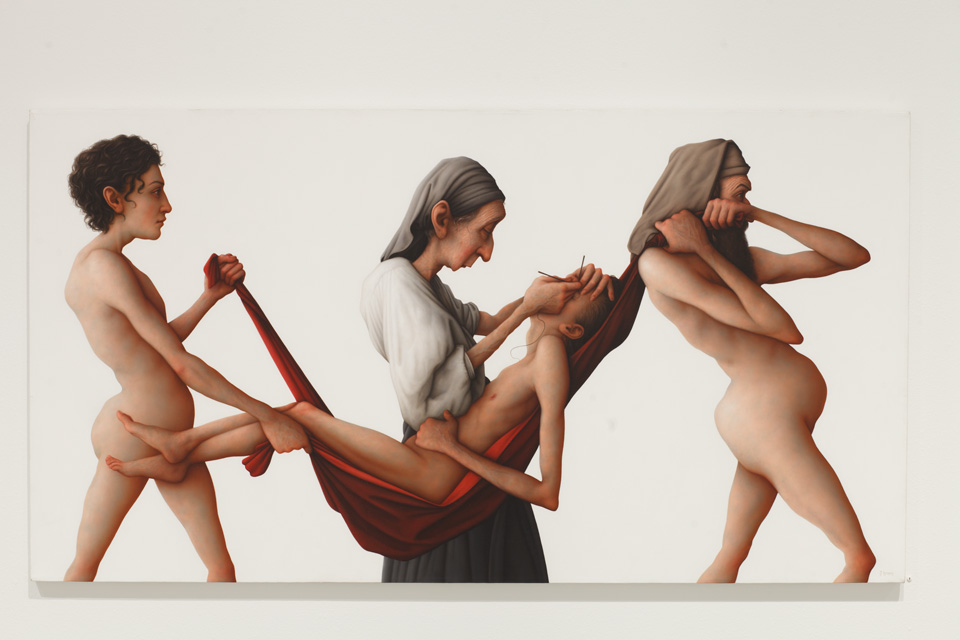 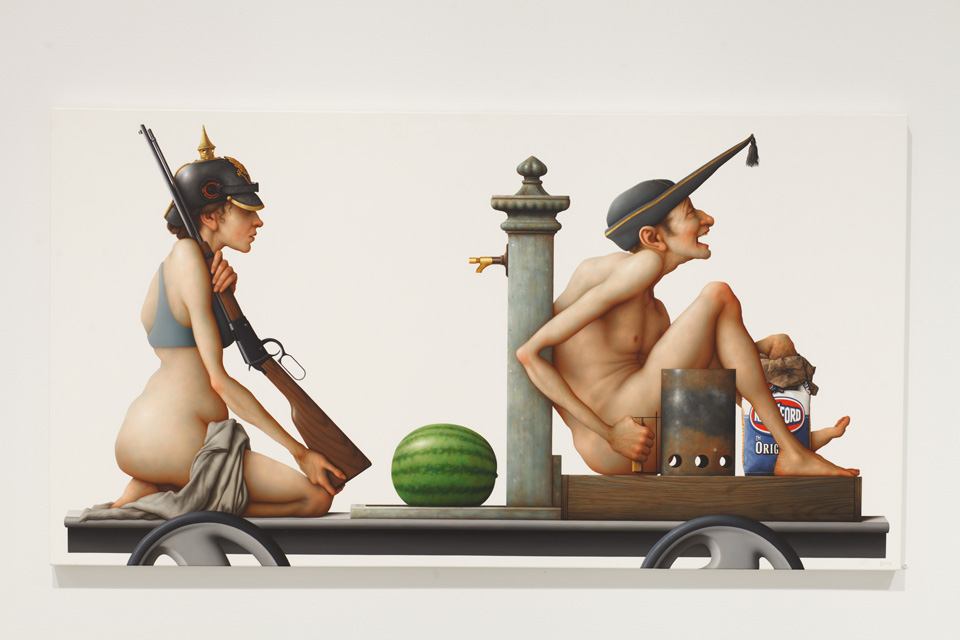 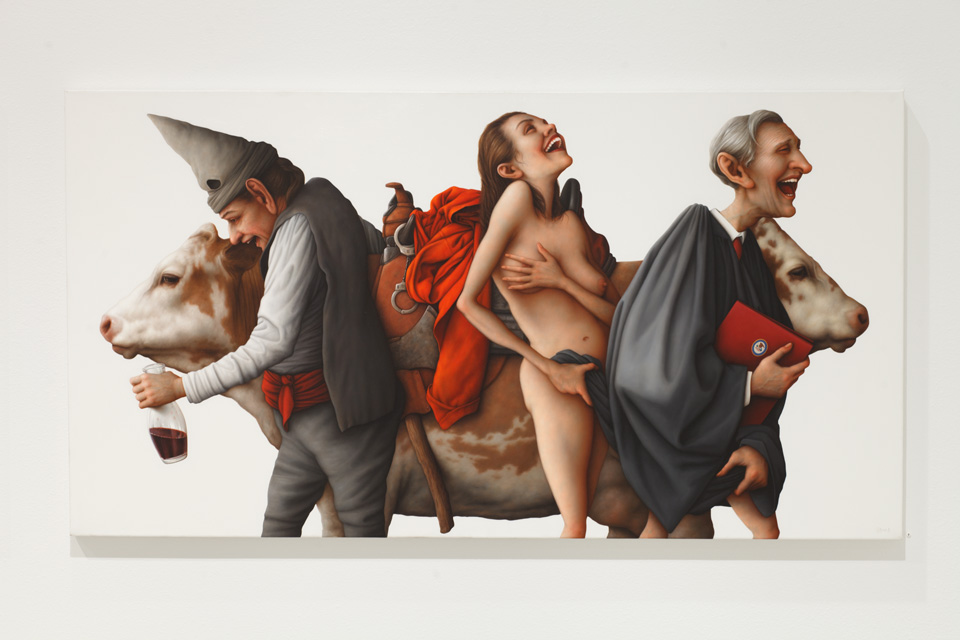 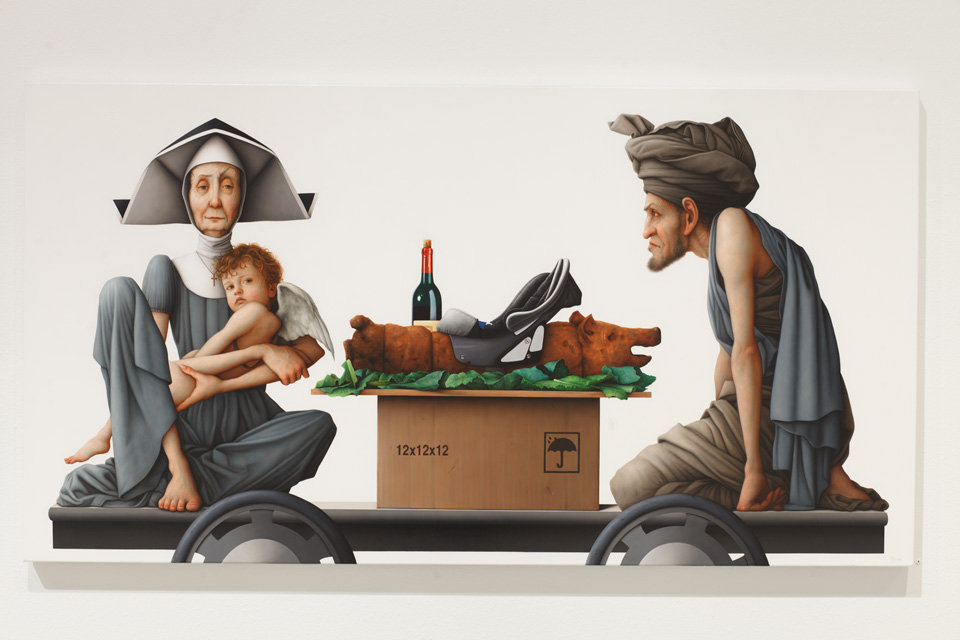 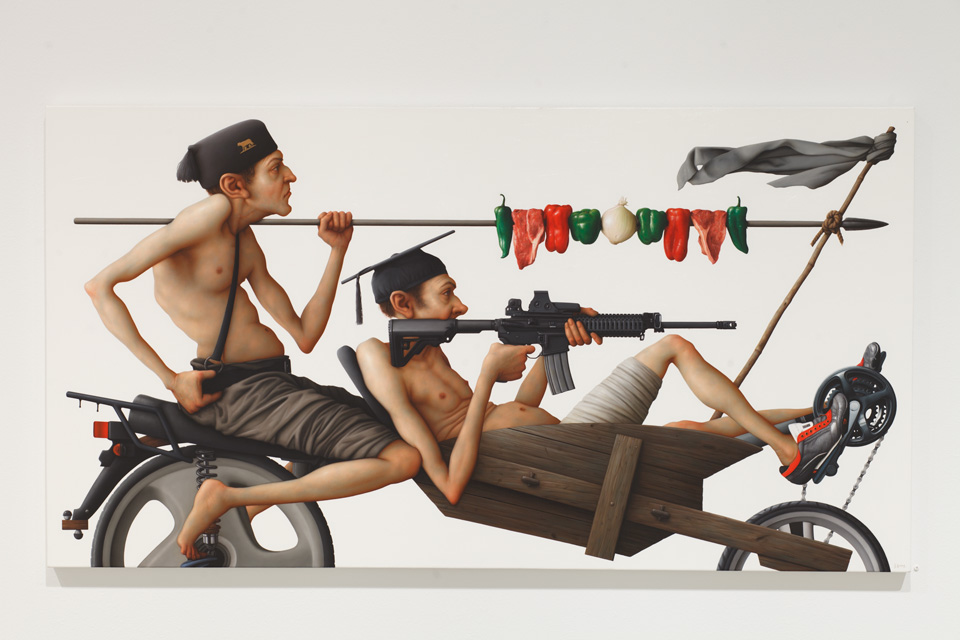 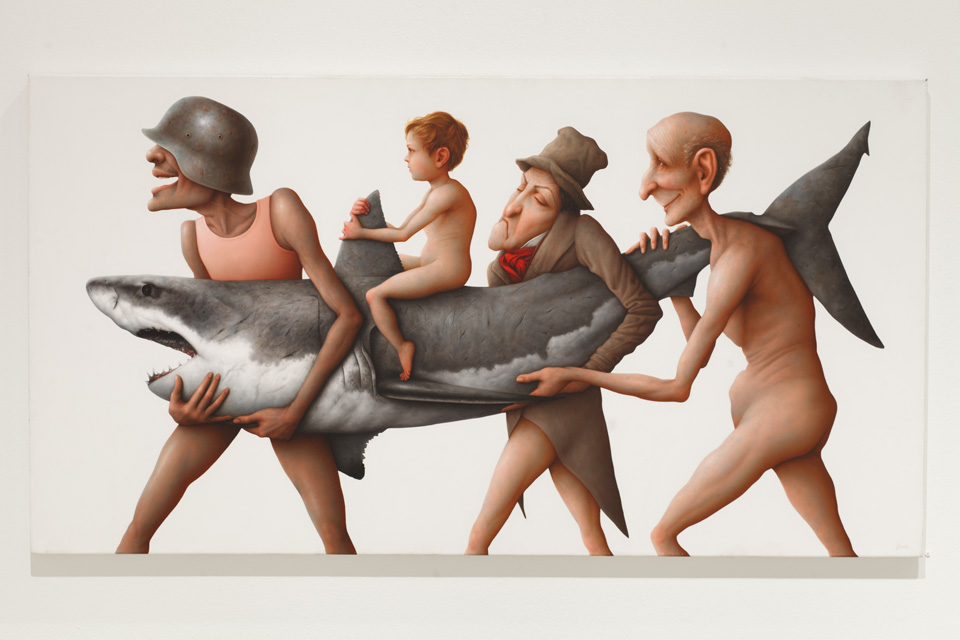