Body Count is a project that seeks to question the value of civilian life in times of warfare. This piece focuses on civilian deaths that are a direct result of US involvement in Iraq. I have chosen to use the conservative numbers being collected by the IBC (Iraq Body Count), whose numbers come from verifiable civilian deaths reported to the media, as the basis for this piece. It is my intent that each US penny represents one civilian life.

As the viewer enters the space, on white tables stacked in rows of 25, sits over 109,000 US pennies all painted white. A single penny in its own right is very insignificant and devoid of any real value. And, like pennies being thrown into a jar at the end of a day, the total deaths in any given day of war can be easily processed, reconciled, and forgotten. But to be confronted by the vast numbers all at once is a far more difficult thing to ignore and, I hope, an emotionally arresting experience. This piece is also intended to subtly question the relationship between commerce and war as was questioned by President Eisenhower in describing the Military/Industrial Complex. 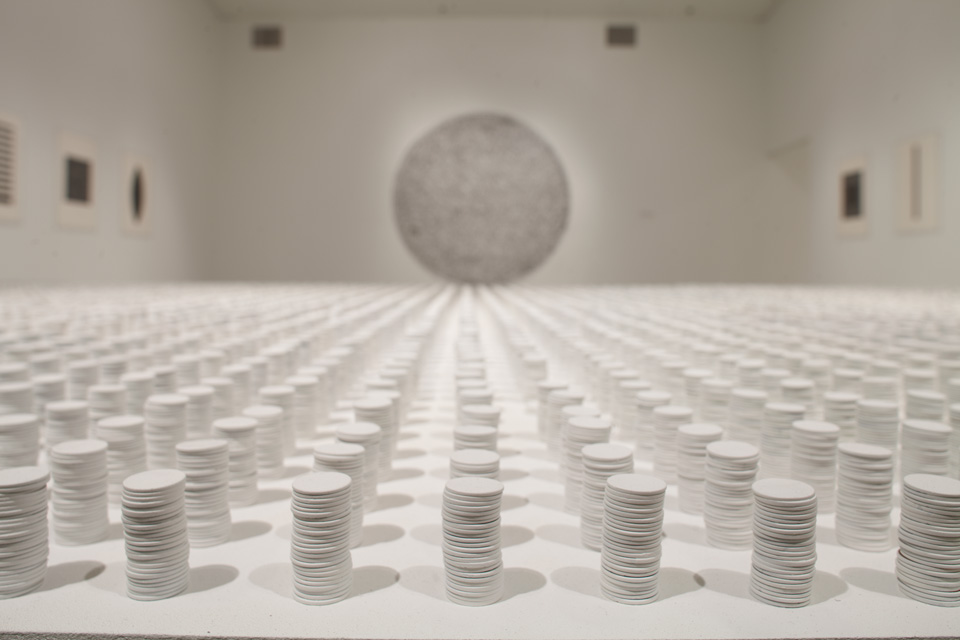 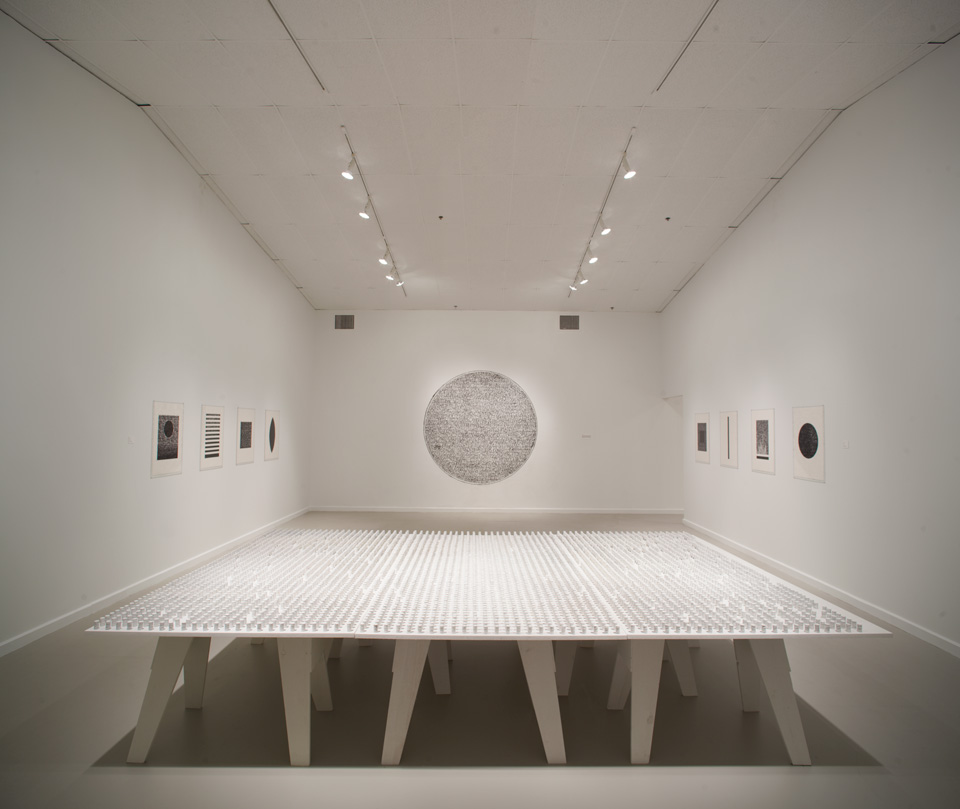 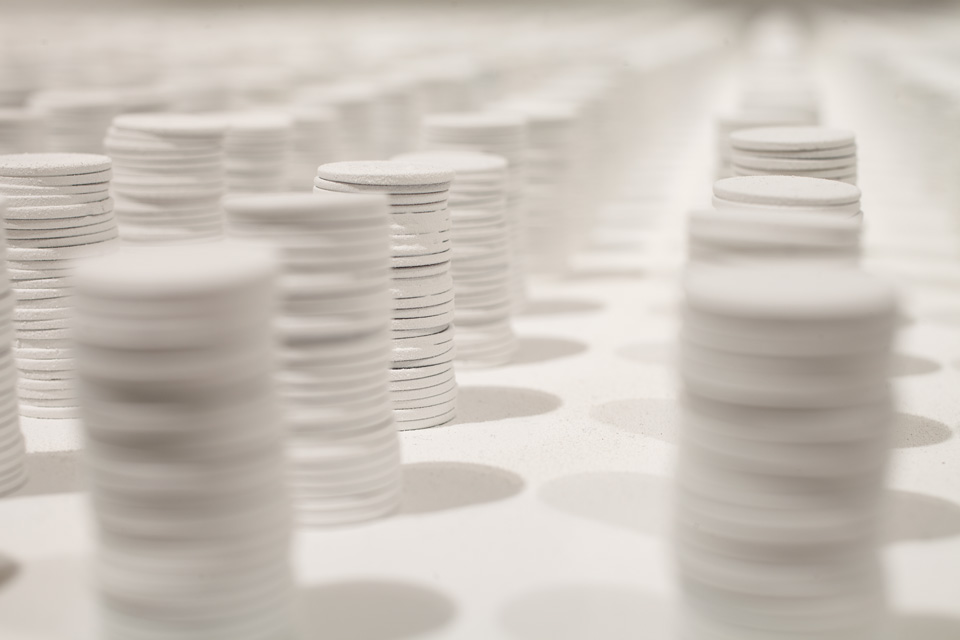 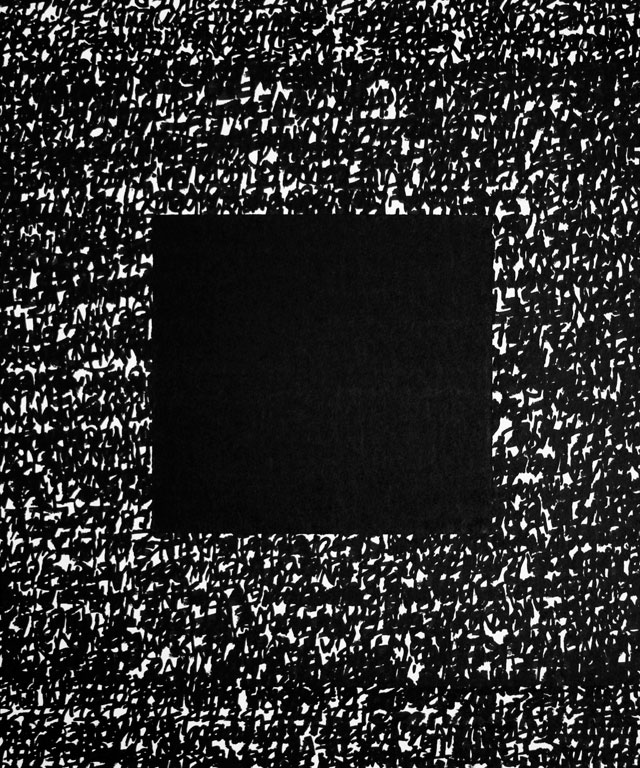 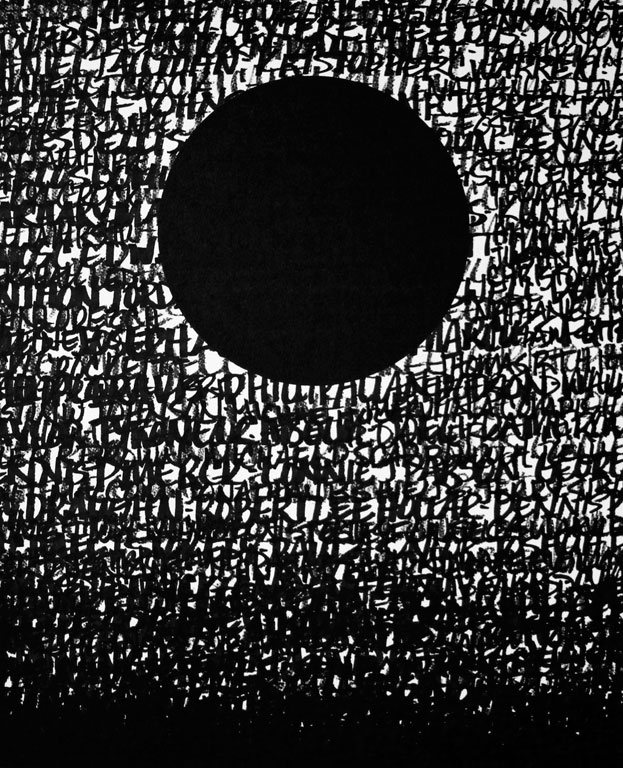 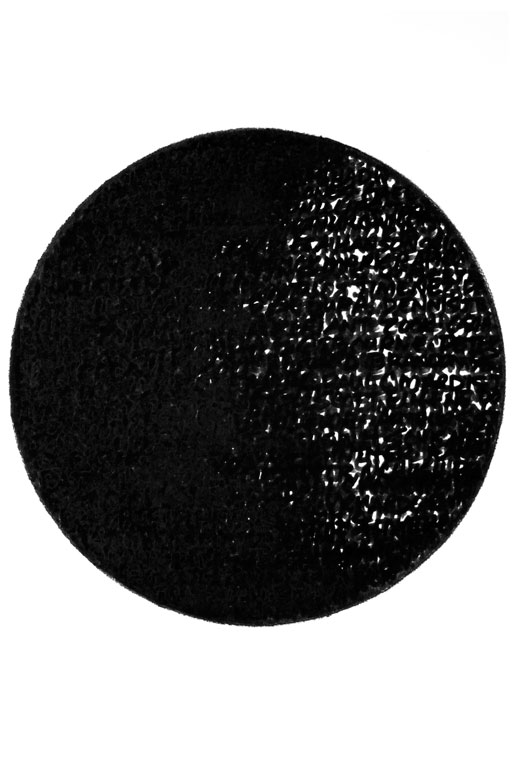 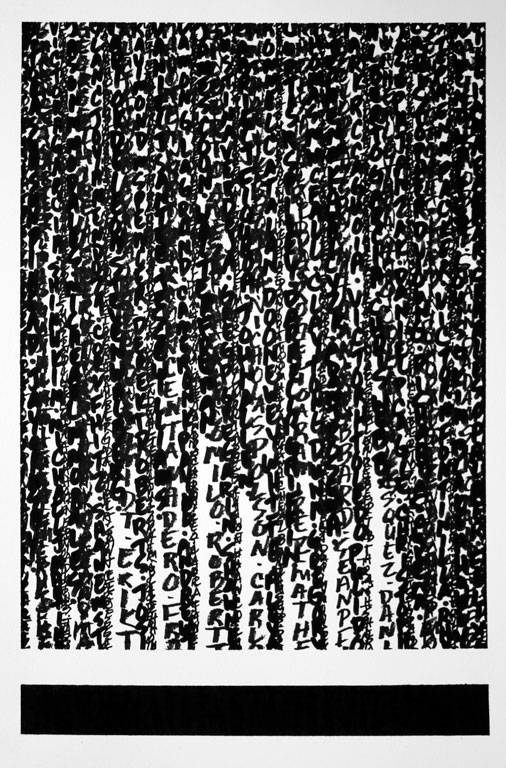 K.I.A. is an on-going series of works on paper that seeks to raise awareness of the incredible number of US lives that have been lost through warfare. This series focuses on US soldiers that have been killed in action since the start of the second gulf war. Each work focuses on a specific state in the United States and the soldiers that have died in action from that particular state. In a predefined area on a piece of Arches watercolor paper, I intuitively begin writing each soldier’s name that has been killed in action. The density of the drawing increases as one soldiers name is written over another. The dense black areas in the drawing are thereby created by writing each individuals name over another reflecting the sheer numbers of people that have been affected by war. The drawing is finished when the last soldier’s name is written on the paper. The title of each piece reflects the US state from which the soldiers originated (e.g. California, Texas, Alabama, etc.). 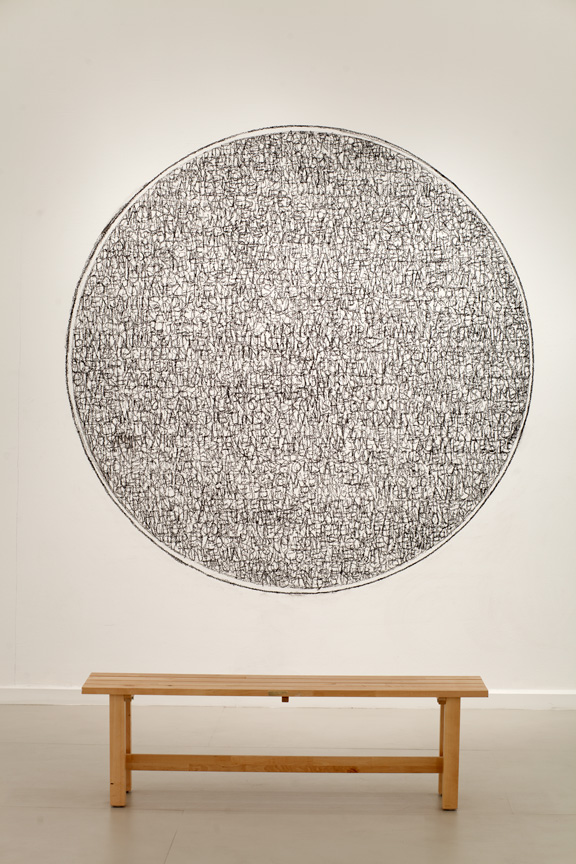 This project (patriot ACTS ) consists of three combined videos that are intended to speak metaphorically about the power that the individual has in the face of immense restrictions on personal liberty. Specifically, the every-day person, regardless of ethnicity, religion, or border, who has no exacting power but are affected by the powerful. This sense of civil disobedience and protest by the individual can be seen throughout the world today in movements like the Arab Spring and Occupy Wall Street.

Within this piece, on the left and right are two videos that reference figures in the act of shaving one’s head. Depending on the historical context, this act has various meanings including hygiene, punishment, indoctrination, submission, empowerment, solidarity, and humility. The performative act of this piece is intended to reference an individual’s ability to dissent or act in protest. In the middle section of this video, the viewer observes birds in flight. Starting with just one bird, by the end of the video, the viewer is confronted with hundreds of birds flying in the screen. The bird, metaphorically, can be viewed as either a hostile object, much in the same way the term bird is used by the military to refer to a missile or a fighter-jet, or it may be viewed as the psychological phenomena known as “group-think” which occurs within groups of people that prevent them from critical evaluation of alternative ideas or viewpoints to a given problem.

A subtle component to the piece plays with notions reinforced by the media that all “brown-skinned” people are terrorists or the enemy. This message is portrayed daily in conservative news and in numerous Hollywood blockbusters. As a person of color, I hope to directly question these preconceived notions by using myself in the video. Does the viewer perceive the figure in the video as protagonist or antagonist? Why?

Prince Varughese Thomas is Indian by birth, born in Kuwait, naturalized in the US, and raised primarily between India and the United States. Thomas received a BA in Psychology from the University of Texas at Arlington, and a MFA from the University of Houston. He is currently an Associate Professor of Art at Lamar University. Thomas has been invited to be a visiting artist, lecturer, panel discussant, and workshop instructor at numerous institutions, and his work has been exhibited in over 100 solo and group exhibitions at museums, galleries, and alternative spaces both nationally and internationally. His work is represented in the collection of the Museum of Fine Arts, Houston.