Abdel-Karim Khalil’s sculptures reference the Abu Ghraib torture scandal perpetrated by the US government, which resulted in the outrage of the Iraqi people as well as much of the world. We are Living in an American Democracy is a classically stylized marble sculpture—reminiscent of Italian Renaissance sculptures—of a naked, bound, and hooded captive. Abdel-Karim’s work engages issues of classical aesthetics through grim scenes of torture. This sculpture personifies the anguish of the Iraqi people. 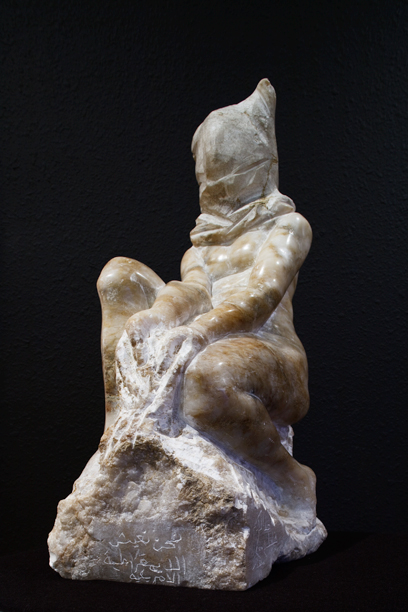 Detainees shows a row of men subjected to the military’s inhumane tactics. Both of Abdel-Karim’s sculptures serve as testaments to the current power struggle in Iraq. His sculptures confront the viewer with the reality of the ongoing cultural, political, and psychological nightmares of the Iraqi people under the US military occupation. 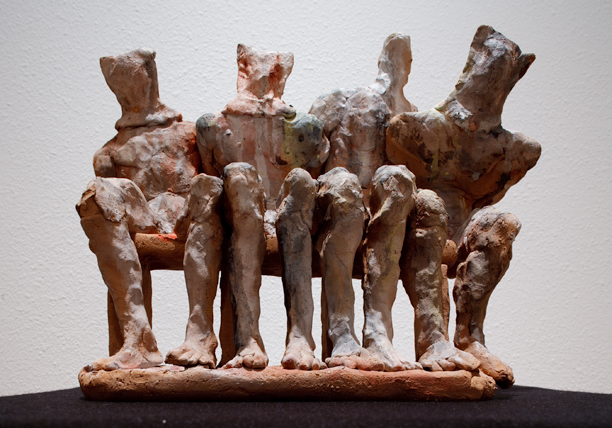 ABDEL-KARIM KHALIL
born in Baghdad, Iraq, 1960.
Abdel-Karim Khalil studied sculpture at Baghdad’s College of Fine Arts in 1987. Abdel-Karim’s work has been presented in a number of exhibitions, including Signals in the Dark: Art in the Shadow of War at the Blackwood Gallery and the Justina M. Bernicke Gallery at the University of Toronto, Ontario, in 2008; Excruciating on Clay at the Madarat Gallery, Baghdad in 2007; and Sufferings on the Marble at the Baghdad Gallery in 1996. He has exhibited his work extensively in Iraq as well as in Italy, Jordan, Lebanon, France, Ireland, Canada, Tunisia, and Dubai. His work was featured in a group exhibition at the UNESCO World Heritage Centre in Paris in 2008. Abdel-Karim currently lives in Baghdad.