Mahmoud Al-Obaidi’s installation Turtles symbolizes the three-million-plus Iraqis who have been forced out of their country. The turtle as a metaphor is apt and is presented in the work with a straightforward simplicity. Before the Tigris and Euphrates rivers were polluted with chemical waste, turtles were plentiful in the marshlands between the two rivers. Now with their habitats destroyed, they are on the verge of extinction. The loss of these turtles is analogous to that of the displaced Iraqi people, who have been forced from their homes because of the onslaught of violence from the US war and occupation. 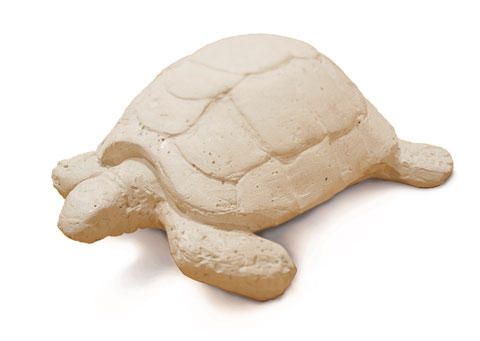 Many exiles left Iraq prior to March 2003, but when the US Forces attacked the country, the number of exiles increased exponentially. As an immediate result of the war and occupation, most of the scholars, artists, poets, and writers were forced out of the country, as well as many professionals like doctors, lawyers, teachers, and engineers. However, the majority of exiles have been ordinary people searching for an escape from the war—many have fallen victim to degradation and poverty.

MAHMOUD AL-OBAIDI
born in Baghdad, Iraq, 1966.
Mahmoud Al-Obaidi received a BFA from the Baghdad University in 1990, a diploma in film producing from the HIF Film Academy, Los Angeles in 1996, a certificate for new media from Ryerson University, Toronto in 1996, a diploma in film directing from the HIF Film Academy, Los Angeles in 1998, and a MFA from the University of Guelph, Ontario in 1999. He has participated in group exhibitions in Toronto, Copenhagen, New York City, Tunis, Amman, The Hague, Delhi, Quebec, and Epsom. His work has been featured in solo exhibitions in New York City, Amman, Toronto, and Tunis. He was a participant in the international 1,000 Journals Project, which called for artists around the world to contribute to and pass along artist notebooks. He has artwork in private collections in the Middle East, Europe, and the United States, as well as public collections in the Mahras Museum of Art, Tunisia; the National Museum of Modern Art, Amman; the Sharja Museum, UAE; and the Quebec Museum of Modern Art, Canada. He has taught courses and workshops in Canada and India. He lives alternately in Canada and Qatar.