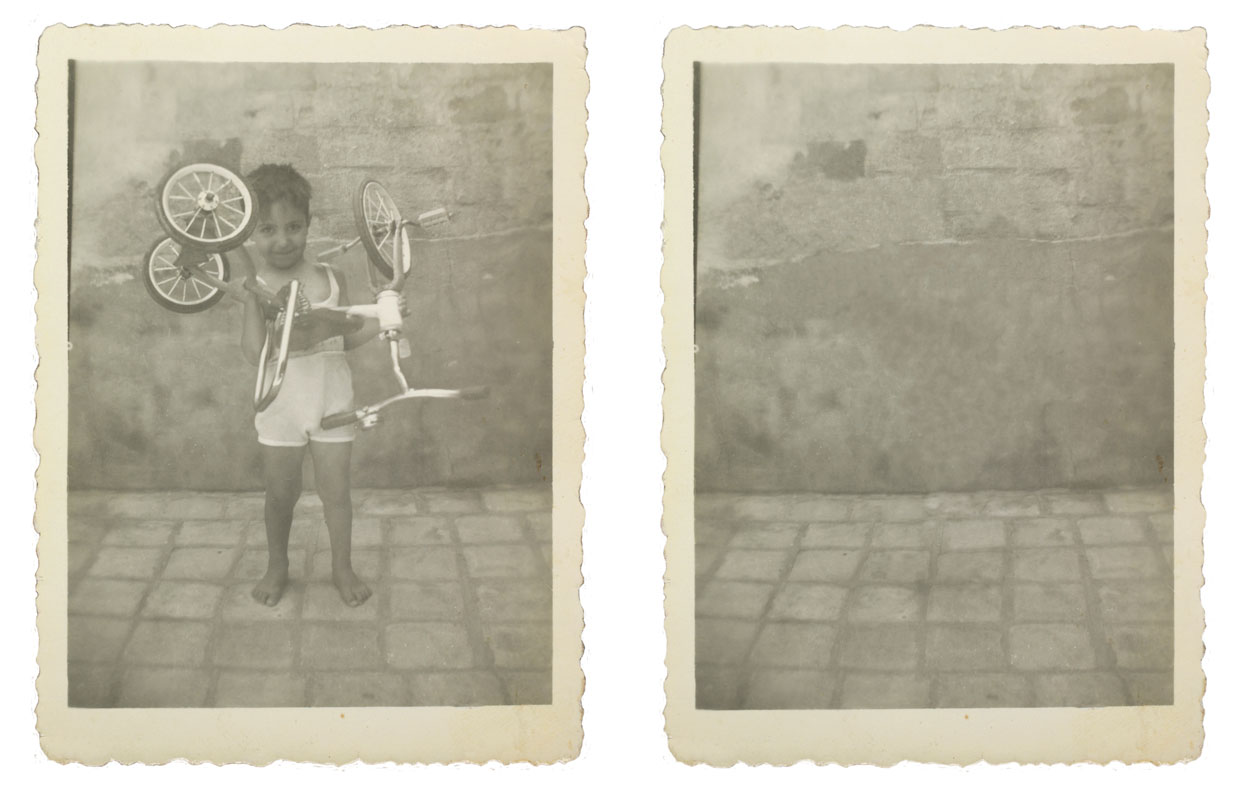 Nedim Kufi’s Home/Empty are two large, manipulated photos printed on canvas that constitutes as a diptych. Home is a snapshot, taken by the artist’s father, of Nedim when he was four years old. It is the joyous image of an Iraqi boy triumphantly holding up his new tricycle. Empty, the second photograph, is a re-creation of Home. Nedim digitally removed the image of his childhood self and left only the background unchanged. Bleak and prison-like, Empty contrasts the youthfulness felt in Home, but together the two photographs epitomize the nihilism, the loneliness, and the sense of loss resulting from the war. 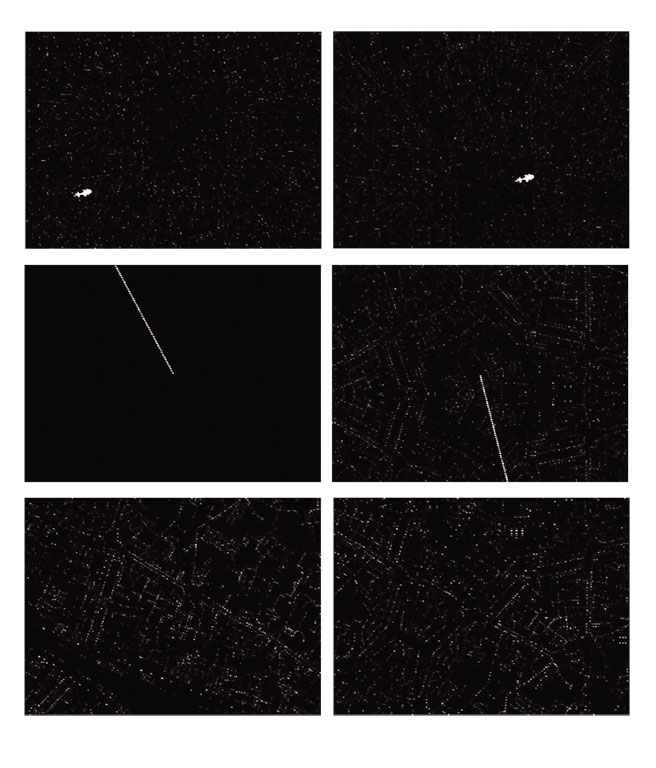 Electrify Baghdad is an exceptional video work by Nedim Kufi, in which he digitally manipulated a Google Earth satellite view of Baghdad at the time of the “Shock and Awe” terror attacks in 2003. During the course of the attack, the city experienced major black-outs as a result of failing electrical systems. The explosions of bombs and missiles looked like brief pulsations of light. We could see that every neighborhood was targeted. The radar scans and military helicopters sweeping across the screen were signs that the city was under military surveillance. Towards the end of the video, as the city descends into total darkness, the artist “relights” the city transforming it into a brilliant tapestry of many points of light. Metaphorically, not only is Baghdad brought out of the darkness but also into the light of the Spirit. Electrify Baghdad is an absolutely beautiful video that communicates the artist’s profound spiritual orientation.

NEDIM KUFI
born in Baghdad, Iraq, 1962.
Nedim Kufi received a BA in Fine Art (etching) from the Institute of Fine Arts, Baghdad in 1985; studied sculpture at the Academy of Fine Arts, Baghdad from 1986-1990; and studied ceramics and graphic art at the School of Art, Utrecht from 1998-2002. Since 1995, he has resided and worked in the Netherlands, and is currently participating in 3D artistic visualization and environmental design for architectural projects in the Netherlands and Germany. He works with mixed media ranging from paper and flowers to earth and ceramics, in order to develop a close relationship between the disciplines of printing, etching, sculpture, and design. With his frequent use of grids in his artwork, Nedim draws on the Islamic tradition of repetition and patterning. He has held solo exhibitions in the United States and the Middle East, including Earth & Ink at the Gallery 108, Boston in 2003 and Attar from Baghdad at the 4 Walls Gallery, Amman, Jordan, in 2005. He has also participated in numerous international group exhibitions and biennials, including the International Cairo Biennale, Egypt, in 2001 and the Extending Vision at the Triangle Art Residence, New York, in 2004. Between 2004 and 2005 Nedim published 16 issues of an online culture diary Daftar, which contain essays, translated articles, and other artistic projects. Nedim Kufi lives in Amersfoort, The Netherlands.