The Station Museum is proud to present two one-man exhibitions,  One is a survey of the art of Jesse Lott, an important artist of long-standing in Houston.  The other presents the work of a noted Spanish artist, Javier de Villota, who resides in Houston. While radically different from a cultural perspective both of these artists express a rare sense of compassion and a profound spirituality. 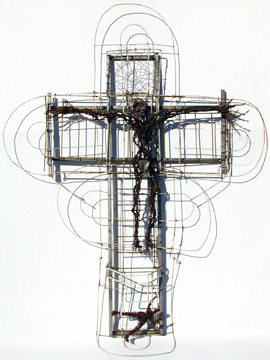 Jesse Lott’s work is grounded in an approach to art that he calls Urban Frontier Art. His approach involves the recycling of discarded urban material into art, an approach that has serious social implications.  Lott’s art goes even further because it communicates a profound spirituality.  We would venture to say that in its profound simplicity, it epitomizes African American spirituality.  Lott’s work has been widely exhibited in Texas, throughout the South, and in three museums in New York City, most notably in a three-man exhibition at The Studio Museum in Harlem.

Lott’s mythological beings, heroes, and ordinary people symbolize the emotional, i.e., the pain and spiritual dimensions of the human being. The same rigorous aesthetic unity and spiritual depth found in these sculptures is epitomized by his abstract collages. Lott’s shaman-like presence in the art community of Houston has had a wide ranging impact.  He has influenced many artists, including Texas artists as well known as James Surls and Bert Long.  The all-ages workshops that he has held over the years in his studio as a community service have inspired many students who would otherwise have no exposure to art.  Lott has also been involved in the genesis and aesthetic orientation of a number of significant community activities, such as, Adept, the first museum devoted to African American culture in Houston, The Midtown Art Center, the Ann Robinson Gallery and the Art Car Museum. Lott’s community oriented philosophy and his Artists in Action program helped spark the creation of the now famous Project Row House. 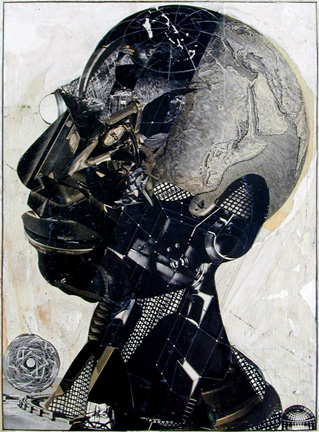 Javier de Villota is an important Spanish artist living in Houston who is devoted to issues of human freedom and human rights. Villota studied both architecture and medicine before becoming a full time artist. He received a major retrospective exhibition at the Centro Cultural de La Villa, Madrid in 2001. His paintings are Abstract Expressionist in style, as befits his political orientation, and at the same time, they show a debt to his heritage, particularly to Francisco Goya.  Through this unambiguous approach to painting, he communicates his humanist message on several levels. On one hand, his paintings are a personal visual record of his own pain and anxiety as he contemplates life’s cruelty. On the other hand, they express his principled reaction to tragic world issues, like the slaughter of innocents in the market of Sarajevo. Villota’s paintings that focus on the European Inquisition also remind us that the inhumanity and injustice of the past are ongoing.

The Station Museum decided to reconstruct the extraordinary tableau, El Mercado de la Muerte, representing the artist’s reaction to the slaughter of civilians in Sarajevo during the l994 war.  Its message about the horror of war is a universal. This acclaimed work was exhibited in Madrid in 1994. It is a three dimensional painting in the tradition of Goya’s Disaster’s of War, but it is more than an expressionist recreation of a tragic event. The exploded, brilliantly painted corpses are anonymous and serve as a reference to every bloody event caused by explosive devices, such as, military bombardment or roadside bombs. 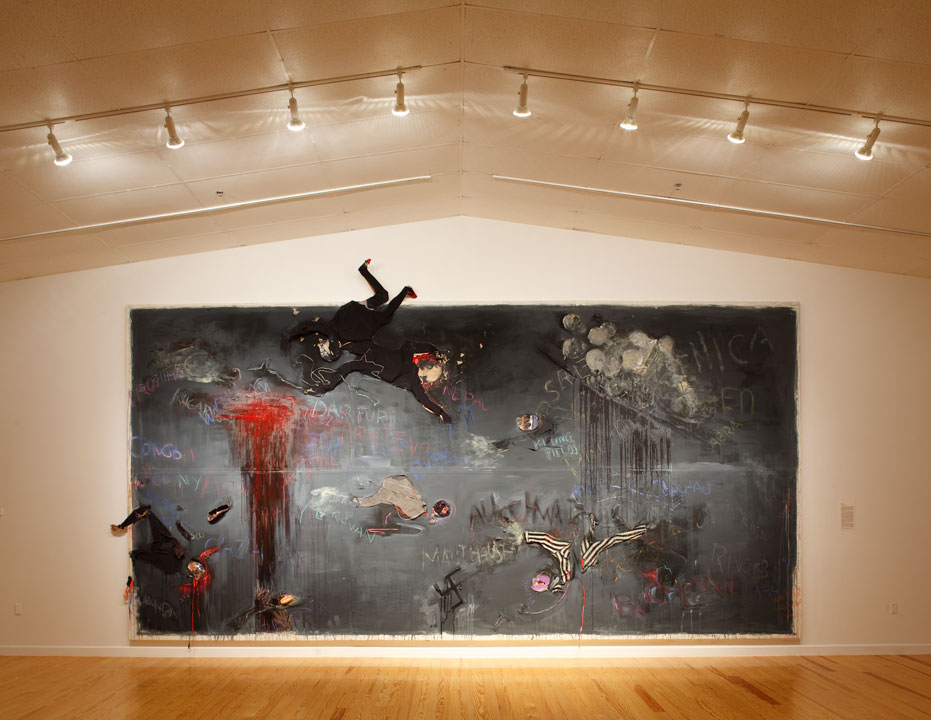