Ashraf Fawakhry lives in Haifa, Israel. The xerographs and illuminated plastic hearts in Line 13 pay homage to the first 13 martyrs in the current uprising, the Al Aqsa Intifada.

The donkey, known for its toughness and obstinacy, is a comic stand-in for the Palestinian people. These 48 rubber stamps on wood blocks are part of a serial work in which he casts the donkey in an enormous number of situations and permutations. They range from the whimsical to the poetic and they serve as reminders that the Palestinians living in Israel retain their older identity as Palestinians.

So when did it all begin? When I was born again, thanks to an ass. During the fighting in 1948 they waylaid us and opened fire, shooting my father, may he rest in peace. I escaped because a stray donkey came into the line of fire and they shot it, so it died in place of me. My subsequent life in Israel, then, was really a gift from that unfortunate beast. What value then, honored sir, should we assign to this life of mine? 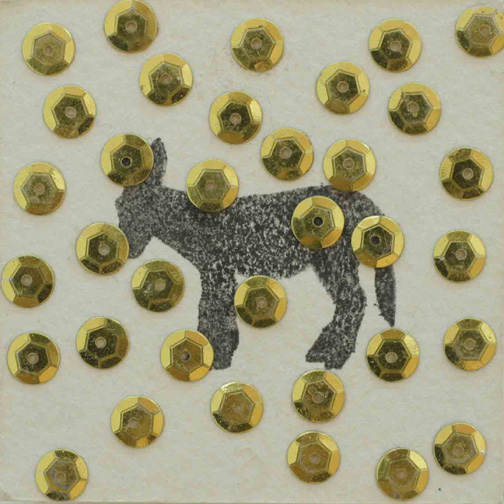