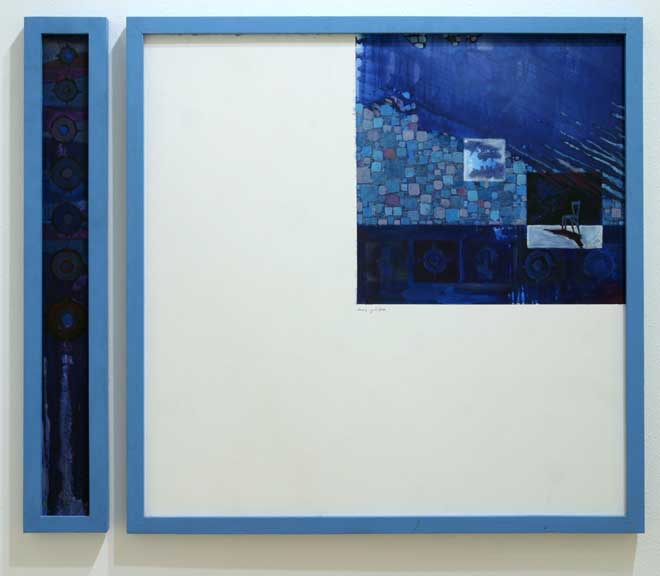 Hani Zurob was born in Rafah, Gaza and now lives in Ramallah, West Bank, where he teaches painting. In 2002 he was imprisoned and tortured for several months without being charged by the Israeli authorities. He faced a broad, erratic set of accusations, and after a long and painful punishment he was finally released without an apology. This painting tells the story of his imprisonment, his dreams of life outside the prison and his psychological war with his captors.