Mel Chin {Do Not Ask Me}

In the abrupt terror of the moment, a job description appears: you must re-engineer desire.

I want to create conditions where individual process isn’t negated but actually enhanced by collective invention. 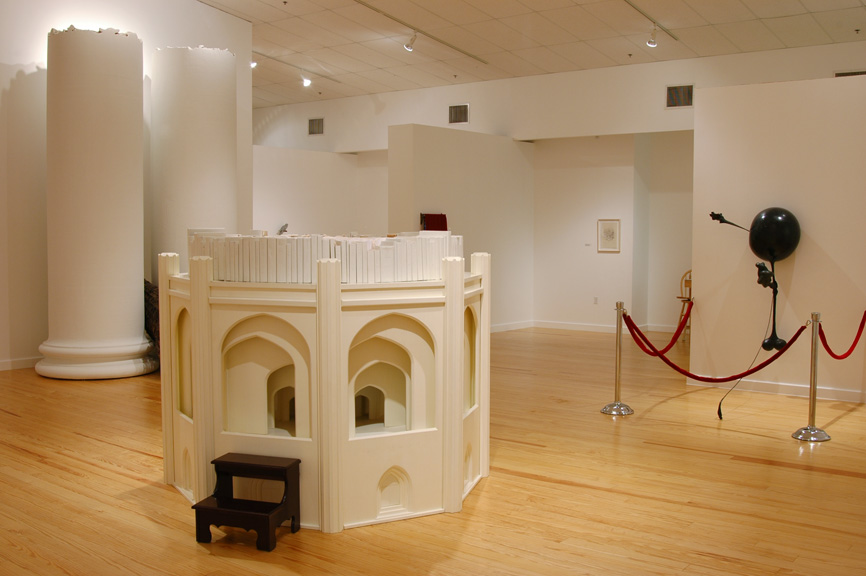 Mel Chin – Do Not Ask Me, Installation view at Station Museum of Contemporary Art, 2006

Do Not Ask Me is a critical selection of key works created after The Menil Collection’s Mel Chin, a one-man exhibition that took place in 1991.  The works present a complex, original aesthetic and an extraordinary range of issues that intersect human experience, including intellectual and scientific investigation, dreams, wars, and political and social concerns.

Mel Chin is internationally recognized as arguably one of the most important artists of his generation.  He is known for creating artworks in a broad range of media: art objects, temporary installations, video, film, television, cartoons, and permanent public sculpture. Since the 1970s, Mel Chin has created artworks that join cross-cultural aesthetics with complex ideas that address political and ecological issues.

The artist was born in Houston in 1951 to Chinese parents in the Kashmere Garden neighborhood of the 5th ward.  He worked in his family’s grocery store and began making art at an early age.  He received a B.A. in art from Peabody College in Nashville, Tennessee, in 1975.  Since then he has lived in Houston, New York, and North Carolina.

Chin’s work evades easy classification; it is both analytical and poetic.  On occasion, he has placed his art into unlikely places, such as destroyed homes, toxic landfills, and even on prime-time television.  Consistently, his investigation is about the way art can provoke greater social awareness and responsibility.  Unconventional and politically engaged, his collaborative projects also challenge the idea of the solitary artist as the exclusive creative force.

His numerous awards and grants include the National Endowment for the Arts, the Penny McCall Foundation Award, the Cal Arts Alpert Award, and a Rockefeller Foundation award.  His academic appointments include consulting professor at Stanford University and advisory board member at Carnegie Mellon University. Permanent installations can be found at the Broadway/Lafayette Subway Station in New York, the Martin Luther King Joint University Library in San Jose, and at the city arena in Corpus Christi among others.  His work is included in many public collections, for example, The Federal Reserve, Washington, D.C., The Menil Collection, Houston, The Whitney Museum of American Art, New York, The Walker Art Center, Minneapolis, The Museum of Fine Arts, Houston, and The Museum of Modern Art, New York.