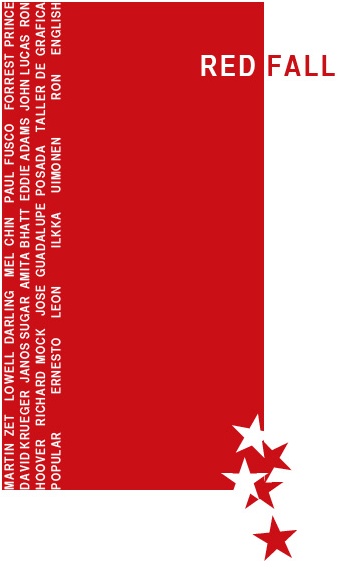 All art is political in the sense that it either directly or indirectly supports or opposes the agenda and perceptions of the ruling classes. Artists and politicians confront opposing issues of freedom. The artist deals with freedom of expression whereas politicians make laws restricting freedom. The path of the artist, like that of the seeker of spiritual wisdom, is antithetical to the search for political power, empire, or any form of control except for self-control.

All people live in politically defined spaces: lots, towns, cities, nations, etc. In addition politics, i.e., legislation, defines interaction among people as much as cultural tradition, class structure, and race. The serious work of art directs the viewer to rethink the spatial constructs that define his everyday life and provides him with insights into the psychodrama of civilized life. For example, the great Barnett Newman, a professed anarchist, created a profoundly spiritual non-Euclidean pictorial space, freeing the artist from the geometrical authority of the European tradition – a major step in the direction of freeing the public from the defining structures of the European past such as colonialism and racism.

Works of art that are significant take the focus of the viewer from his daily concerns into communion with the artist’s creativity, imagination, idealism, morality, and with the issues urgently felt by the artist. For example, in his recent works, Richard Mock, a celebrated socio-political artist and illustrator, expresses his outrage at the national and international criminal acts of the United States government. In the same spirit, the all-red American flag by Martin Zet is a metaphor that symbolizes the government of the United States’ bloody imperial relationship to the rest of the world. Another example is David Kruger’s extraordinary recreation of a bombed, two-story Iraqi home. Its façade is perfect except for a streak of blood. In the rubble of the mostly destroyed interior, a partially visible television spouts Bush’s lies about the reasons for war.

We live in a fearful and violent time of perpetual war, terrorism, widespread famine, natural disasters and virulent contagious diseases. Is it not extraordinarily disheartening that so many artists – particularly those on the cutting edge – are silent in the face of the horrific inhumanity, dishonesty, and war mongering by the government and the ruling establishment? Few artists are like Mark Lombardi who exposed government corruption of the banking system, or like Mel Chin who went directly to the people to record their true political opinions, or like Paul Fusco who defied the government’s ban on photographing soldier’s funerals, or like John Lucas, whose photographs reveal the truth of the ‘other’ America.

An unknown Russian artist made the cogent observation that a dictator loves beautiful landscapes because the people will perceive in them hidden enemies ready to attack their country. I think that the competent but decorative, academic, quasi-scientific, and unemotional art being promoted by the art market, the universities, and the art museums serves the same purpose. Rarely is there any reference to war or to the social plight of the population in the art collections of museums. It is not that such works do not exist; it is because these institutions support official artists who cater to the tastes of the wealthy and powerful rather than to the spiritual needs of the nation. The commercialization of taste and connoisseurship is largely responsible for the lowering of aesthetic standards, but also at fault is the use of contemporary art as fashion or entertainment rather than as a response to the cataclysmic events of the times.

The highest, most durable art is tragic art, that is, an art that deals with critical issues of life – love, death, madness and war as well as freedom and the sublime. Especially in times like the present when deadly, self-serving political and corporate decisions appear to rule the consciousness of the people, one would expect that a politically and socially oriented art would be the norm rather than the exception.