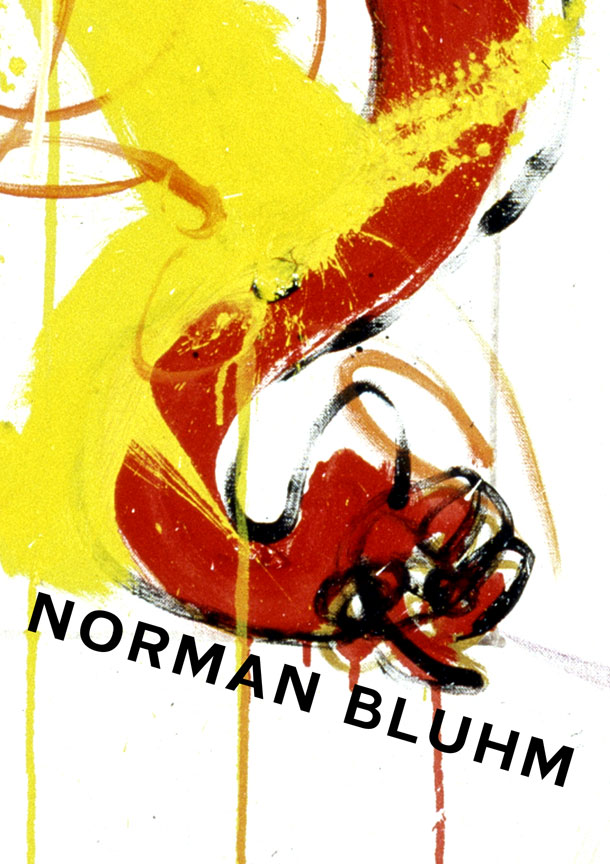 For many years, like his fellow artist and friend, Joan Mitchell, Bluhm worked within the Abstract-Expressionist or Action Painting approach, but by the late 1980s a major change took place within his style. The result was a distinctly new body of work.

The late paintings are symmetrical and monumental in scale.

The central image in each painting is bordered by an elaborate architecture, consisting of the full range of Bluhm’s compositional and pictorial devices — devices that often appear to reference Medieval Christian, Buddhist, or Islamic imagery. The pervasive, abstract female images not only serve as either the central image or as guardian figures but also intensify the erotic content of the paintings. Each painting is a kind of shrine dedicated to the ritual act of gestural painting while inducing the viewer to drop all pretenses in order to experience the spiritual unity, the release, and exultation that the artist communicates through his paintings.

We wish to thank Cary Bluhm for the generous loan of these paintings and for her assistance in organizing this exhibition.

Norman Bluhm was born in Chicago in 1921 and died in Vermont in 1999. A US Army B-26 pilot during WWII, he flew forty-four perilous missions over North Africa and Europe before he was severely wounded. After his recovery, he began his career as an artist in Paris. In 1956, he moved to New York City where he became a member of The New York School and The Club. Over the ensuing years, Bluhm established his own aesthetic priorities and intensified the spiritual content of his painting by perfecting his own approach to painting and by living a life as an artist that tolerated no compromise.