Artifactual Realities is a FotoFest 2012 exhibition of eleven artists. The exhibition consists of three photographers who are engaged in presenting realistic portraits and images from the Occupy movement and eight artists who create non-traditional or simply unusual artworks utilizing photography. As such, the exhibition as a whole mirrors the community spirit, diversity, and horizontal orientation underlying the Occupy movement.

The artists in this exhibition have developed an aesthetic approach that is consistent with their particular social, political, and spiritual interests. Each one deals with issues that are critical to themselves, to their intellectual milieu, and to their own brand of realism and idealism. From this standpoint one can safely predict an end to the twentieth-century era of a succession of styles. Like the computers they use to enhance or change their subject matter, or even brighten the content of their art, contemporary artists use a multi-faceted range of informational extensions, implying a horizontal approach to the creative process. Another aspect of twenty-first-century art is the use by artists of critical thinking combined with emotional references that together are beginning to shape the art of the new century.

Artifactual Realities takes society into account not simply as a reflection of the global community but also as an action-site, that is, as an artifact of communal exchange. This exhibition is dedicated to the work of eleven photographers/artists who, each in their own way, are concerned with issues of revolution, spirituality, and memory. 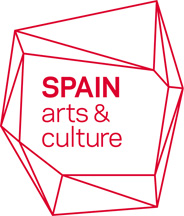