Cassils is lit on fire during their performance Inextinguishable Fire, performed on Nov 8, 2015 at the National Theatre, London, UK, as part of SPILL Festival of Performance.
Photo credit: Cassils with Guido Mencari
© Cassils 2015
Image courtesy of the artist and Ronald Feldman Fine Arts

A PRAYER FOR POLITICAL CLIMATE CHANGE: ARTIST CASSILS INVOKES ATHENA, GODDESS OF WAR, IN ELEMENTAL RITUALS OF THE SACRED AND THE PROFANE.

The Station Museum of Contemporary Art is pleased to present Solutions, a politically timely and formally arresting mid-career retrospective of the work of Cassils. The artist’s first solo exhibition in Texas, Solutions opens on November 3, 2018 and runs through March 3, 2019, pouring urgent content into pure form.

The Exhibition
Amidst the raging culture war being waged in the United States, Solutions mobilizes the interior architecture of the Station Museum of Contemporary Art, an exhibition space modeled after the Greek Temple of Athena, Goddess of War. Currently in the US, the rhetoric of “religious freedom” is being used as justification for curtailing the civil rights of minoritized groups. What if the constitutional right to religious freedom were invoked to protect a religion where our deities were brown people, Muslims, women and queers? What if to harm such a body was framed, not as the quotidian victim of police brutality, xenophobia or transphobia but as an act of religious persecution: would the sanctity of our lives finally be given value?

The altar of the exhibition is PISSED, a minimalist sculpture in the form of a glass cube containing more than 200 gallons of urine collected between Feb 17, 2017 and Sep 16, 2017. Initially, the material was collection of all fluid Cassils’s body passed since the current administration rescinded an Obama era executive order allowing transgender students to use the school bathroom matching their current gender identities (versus the sex they were assigned at birth). This piece indexes bodily endurance in relation to the law in a visceral manifestation which demonstrates the impact of policy on the body. In this remounting of PISSED the urine will be donated by the citizens of Houston through a “urine drive” in act of solidarity.

Solutions additionally presents Ailene’s Orchard, 103 Shots, PISSED, Becoming An Image, Resilience of the 20%, Monument Push, Inextinguishable Fire, Encapsulated Breaths and Powers That Be, a body of work that offers shared experiences for contemplating histories of violence, representation, struggle, and survival.

The Performance
The exhibition’s opening will feature Solution, a live performance that reinterprets and expands Cassils’s durational performance Tiresias. “Tiresias” is a mythological figure, the blind prophet of Thebes, who is famous for being transformed from a man into a woman for seven years. Cassils embodies Tiresias by pressing their body up against the back of a neoclassical Greek male torso carved out of ice for precise contact with the artist’s physique. Cassils melts the ice sculpture with pure body heat, performing the resolve required to persist at the point of contact between masculine and feminine. 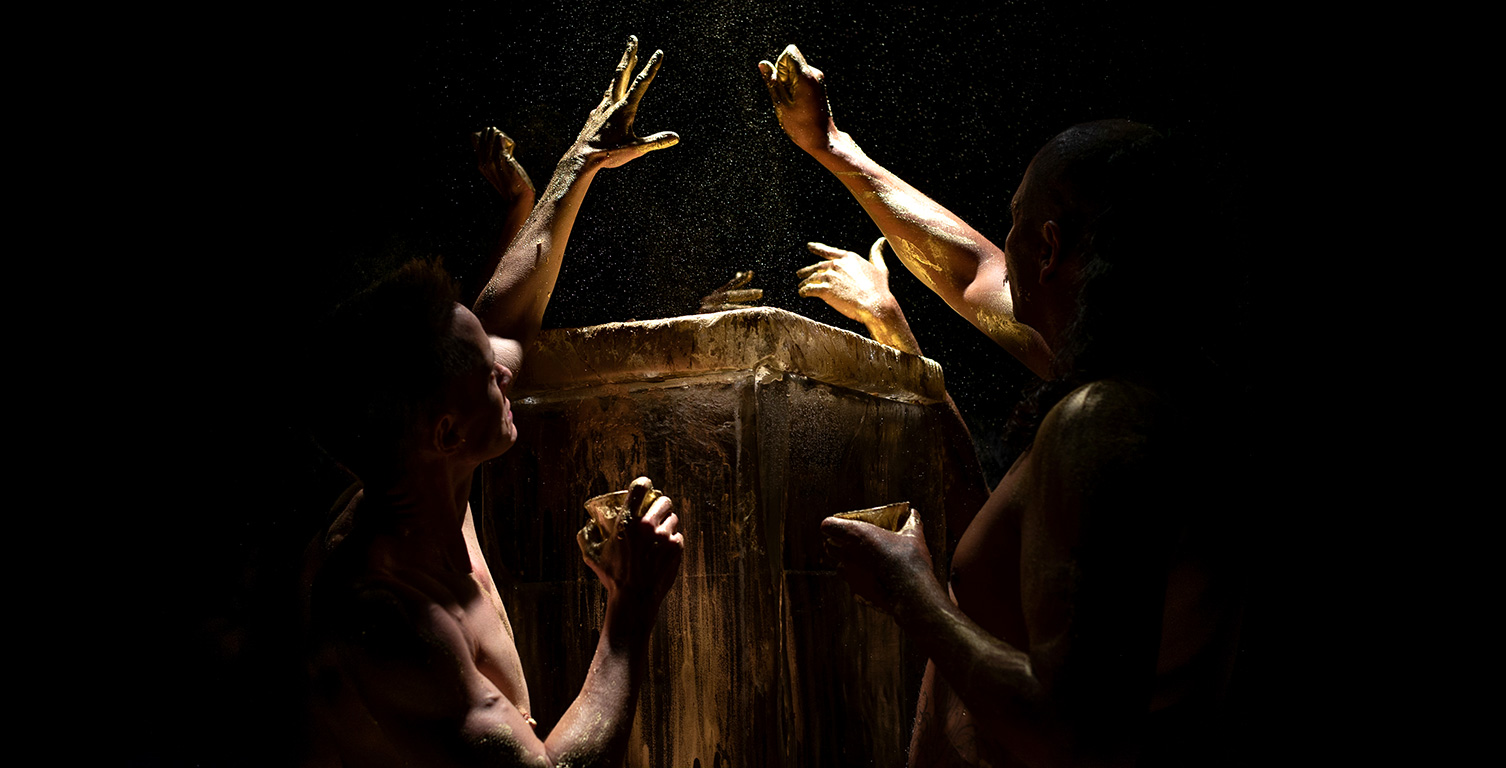 Cassils in collaboration with Rafa Esparza, Fanaa and Keijaun Thomas, “Solution”, Performance at the Station Museum of Contemporary Art 2018, photo by Alejandro Santiago

For the premier of Solution, Cassils is has collaborated with Rafa Esparza, Fanaa and Keijaun Thomas, artists whose subject positions differ, but whose civil rights are all being eroded by the current US administrations. By expanding and reimagining Tiresias to incorporate other performing bodies and by working with the medium of ICE in Texas, under the current political climate, speaks of the coming together of diverging expressions, the power of performative actions, and the generation of collective creative forces. For the remainder of the exhibition these performances will remounted as four films, installed to formally reference the classical sculptures of divine figures found in temples of worship.

The Artist
Based in Los Angeles and from Montreal, Cassils is listed by the Huffington Post as “one of ten transgender artists who are changing the landscape of contemporary art.” Cassils has achieved international recognition for a rigorous engagement with the body as a form of social sculpture. Featuring a series of bodies transformed by strict physical training regimes, Cassils’ artworks offer shared experiences for contemplating histories of violence, representation, struggle, and survival. It is with sweat, blood and sinew that they construct a visual critique around ideologies and histories.

Cassils’ work has been exhibited widely including the School of the Museum of Fine Arts (Boston), MU (Eindhoven), the Deutsches Historisches Museum (Berlin), and the National Theatre (London). A recipient of a United Artist Fellowship (2018), a Guggenheim Fellowship (2017) and a Creative Capital Award (2015), they have received numerous grants from the Canada Council for the Arts (2002-2016), an Alpert Visiting Artist Fellowship from Syracuse University (2016), a California Community Foundation Grant, and a MOTHA (Museum of Transgender Hirstory) award. Cassils has lectured at museums, universities and colleges across the globe such as Goldsmiths University (London) and at Stanford University and the New School Parsons (USA). Their films have premiered at Sundance Film Festival (Utah), OutFest (Los Angeles) and the Institute for Contemporary Art (London). For a full list of past exhibitions and accolades, go here

The Museum
The Station Museum of Contemporary Art organizes exhibitions that question our society’s morality and ethics. It embraces the idea that art plays a critical role in society as an agent of creativity and civil discourse and as a resource that deepens and broadens public awareness of the cultural, political, economic, and personal dimensions of art. 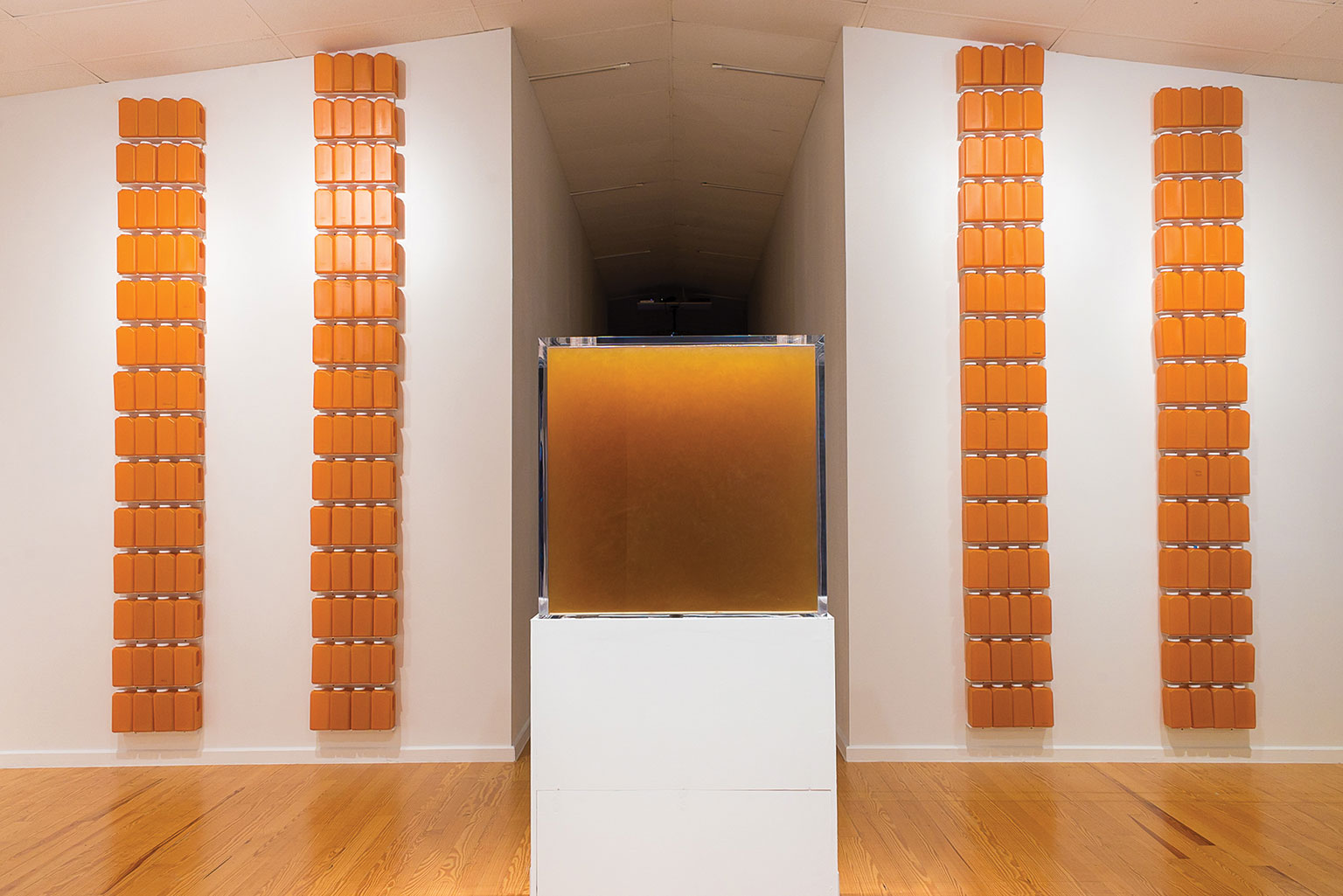 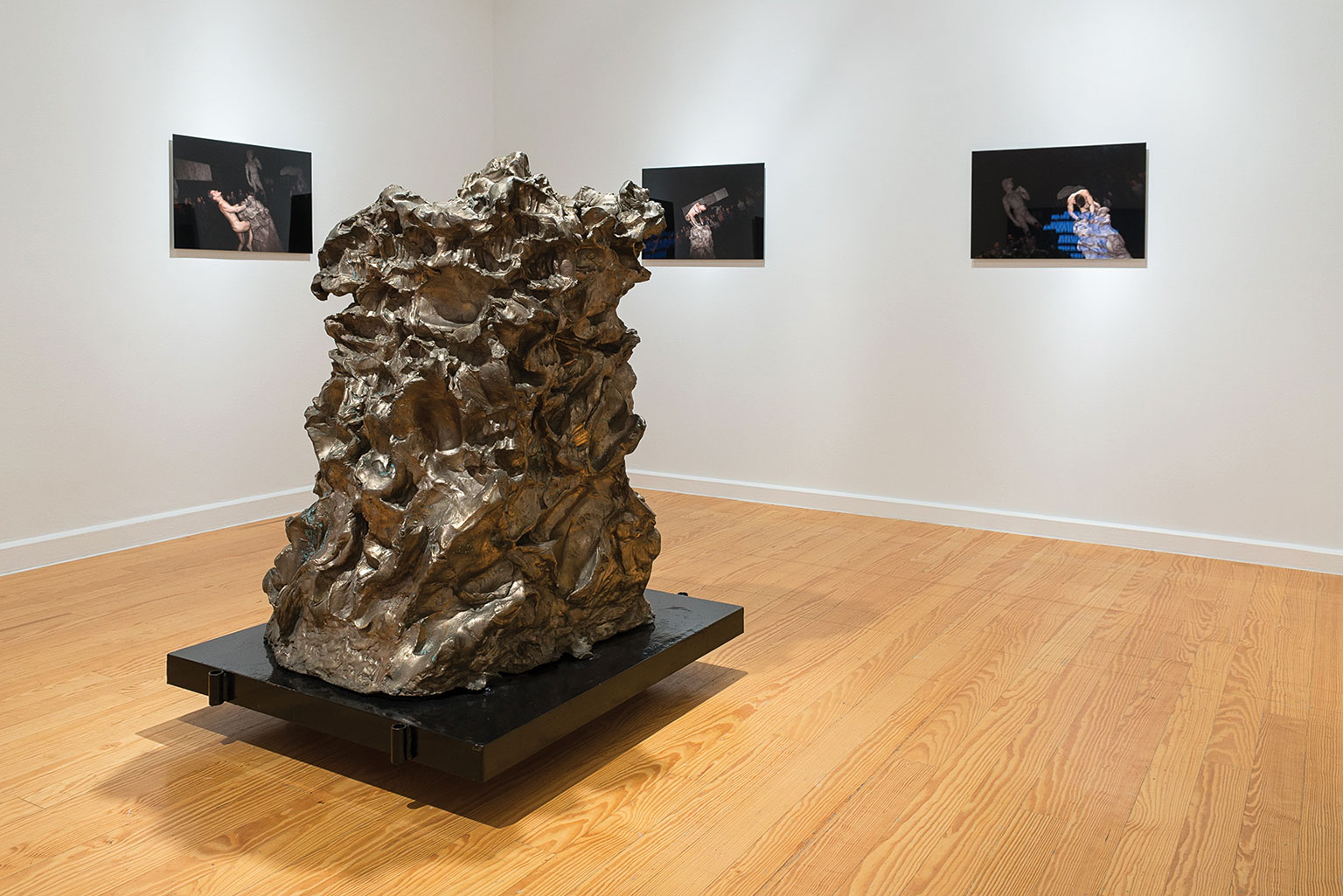 Cassils, "Resilience of the 20%," 2019, Installation, "Solutions," at the Station Museum of Contemporary Art 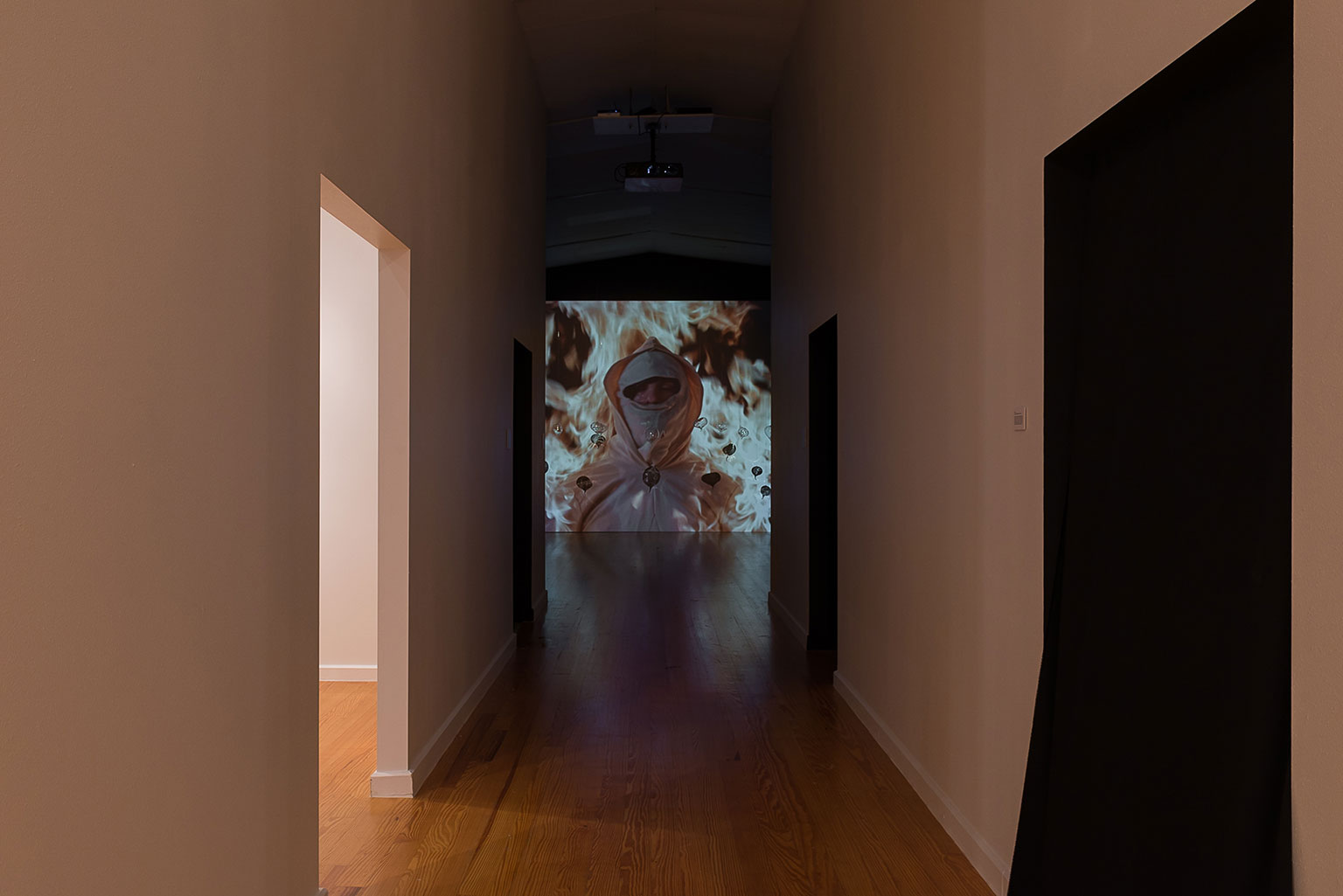 Cassils, "Solutions," 2019, Installation at the Station Museum of Contemporary Art 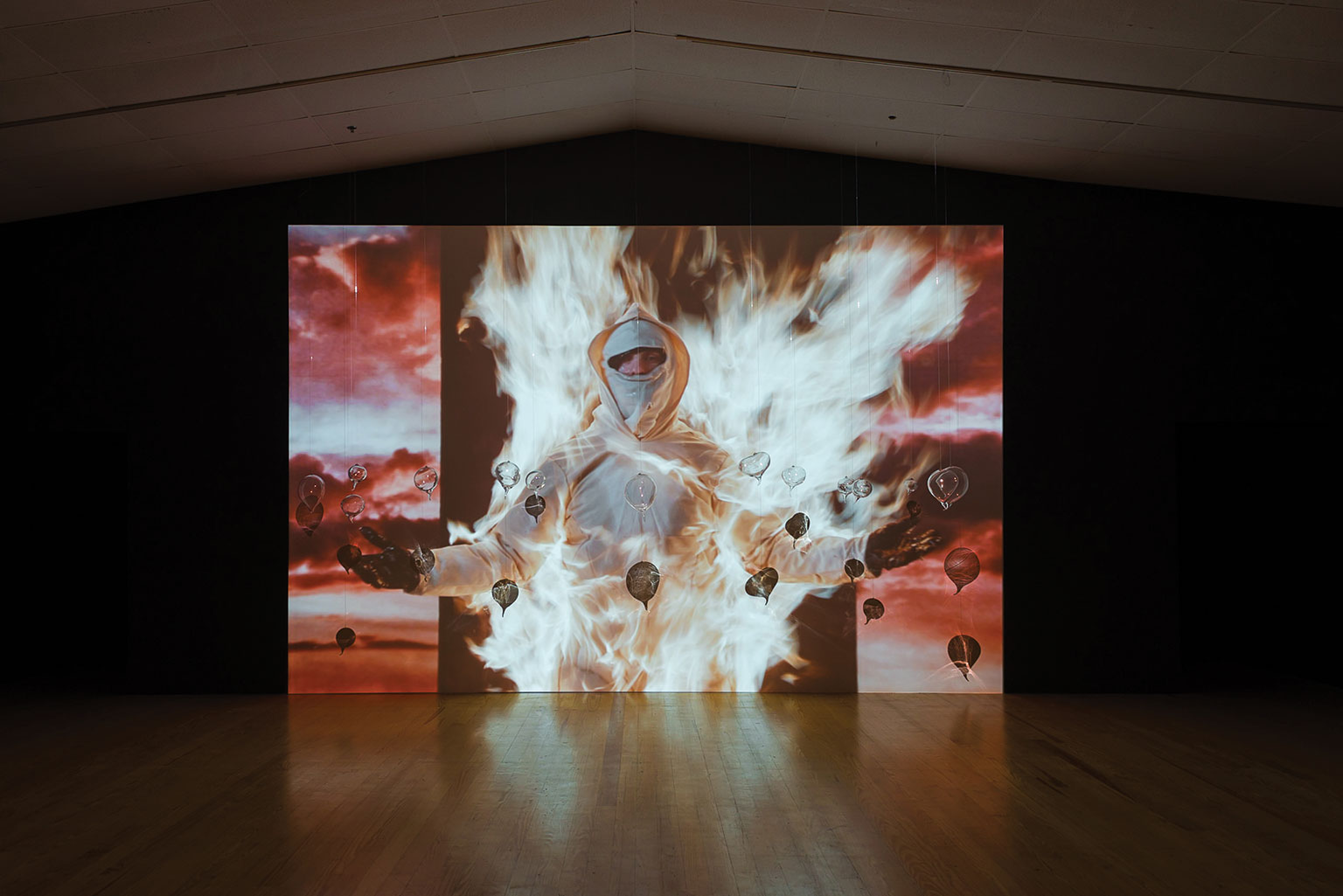 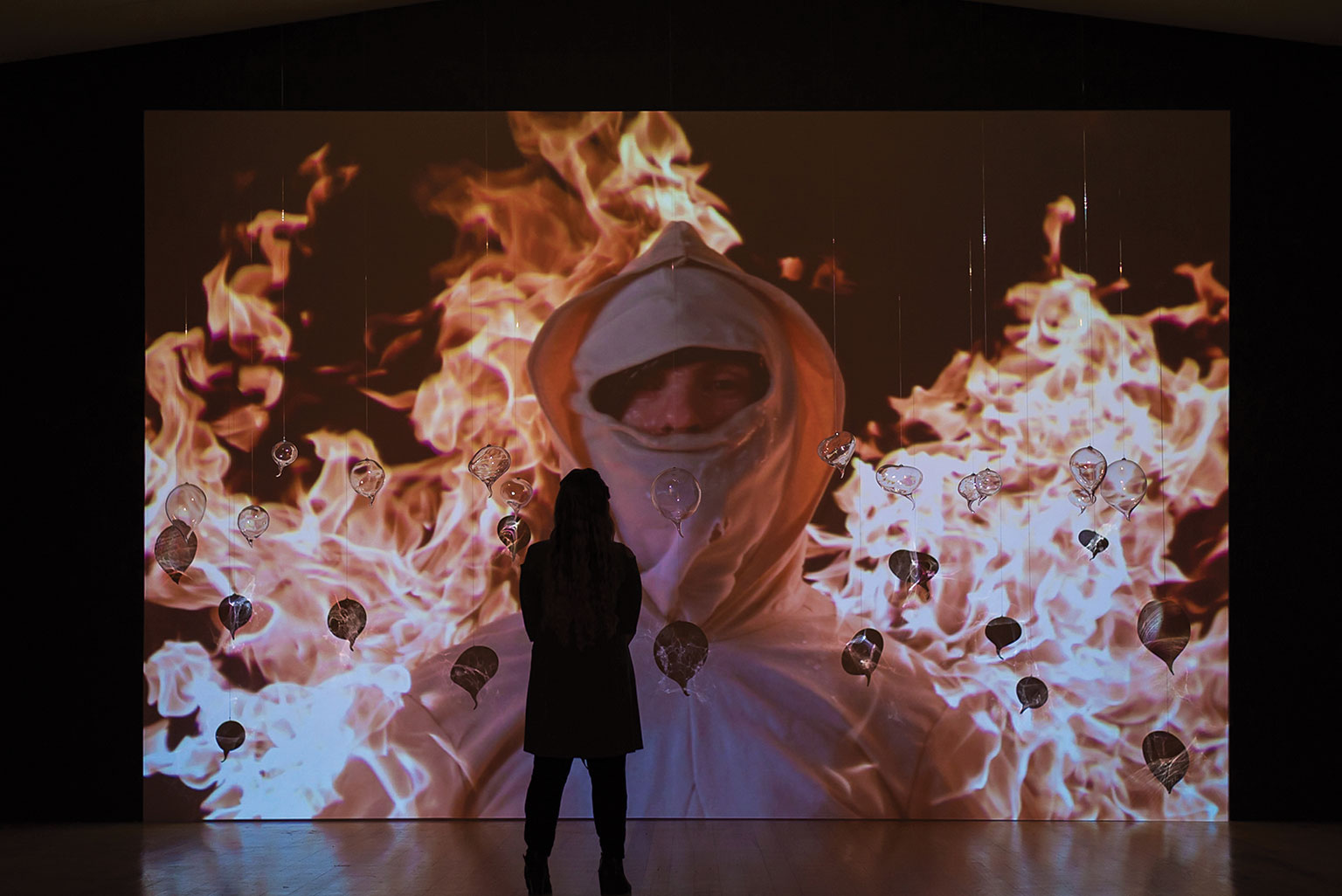 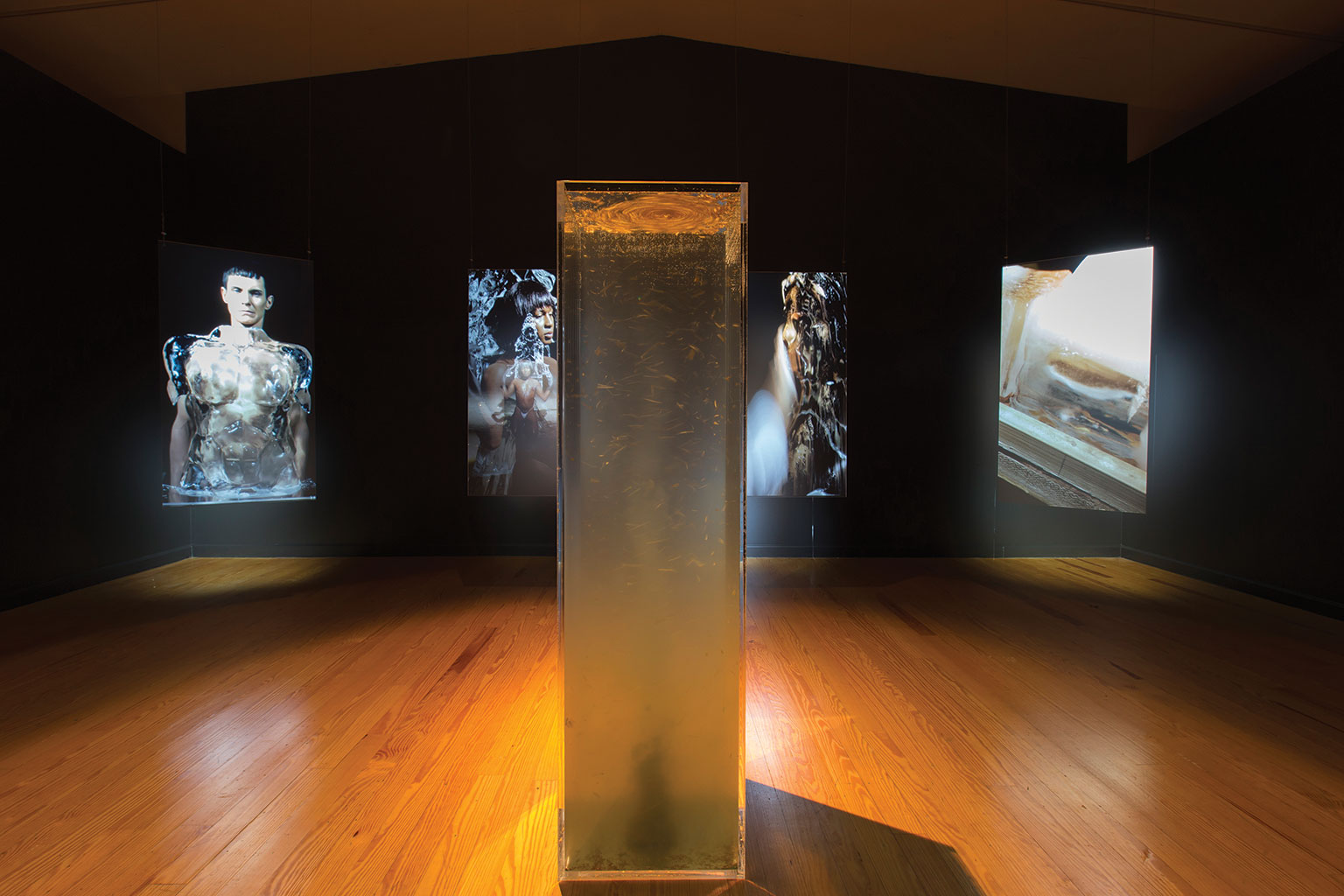