The virtual artist is like the genie in the lamp, a voyager from an alternate reality that frees him (and the viewer) from the conventions and strictures of contemporary society. His art form integrates the techniques and strategies of film, video art, and computer software. Virtual video art mediates our complex media culture and transforms its myths, narratives, imagery, and abstractions into serious works of art. This exhibition provides the viewer with a mini-history of this art form. 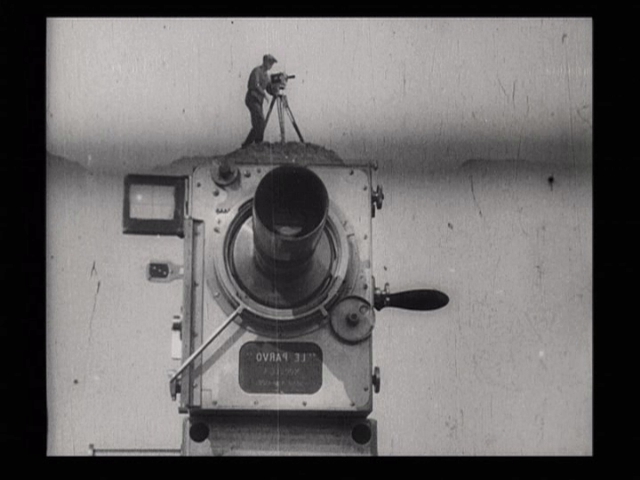 Dziga Vertov’s Man with a Movie Camera, 1929, is a classic example of film using a database approach that includes in the narrative different levels and points of view and complex angles of vision which effectively overcome the limitations of the human eye.

Artist and musician, Nam June Paik pioneered a complex, time-based approach to making art. He employed a synthesizer that he and Shua Abe designed to create his Global Groove, 1971, a precursor to MTV and much of the video art that followed.

Andy Mann developed a database that consisted of thousands of hours of his own tape as well as images shot from models that he constructed himself. His multi-monitor installations that date from the mid-1970s utilize an X-matrix configuration, feedback, and fresh footage. He often used mirrors to create a kaleidoscopic expansion of his video images, an effect that relates to advanced computer imagery.

The mysterious Madame Chao’s high impact, speed metal video art presents an even more complex use of computer programs, databases, video games, noise, hardcore techno, the internet, and pop culture. Each work of art is a radical creation based on the vast flow of information that the artist samples from an almost infinite source of imagery and sound, real or invented, from which he composes non-sequential narratives that define our media culture. Chao’s intensity is reminiscent of the drip paintings of Jackson Pollock and the experimental films of Stan Brakhage. The very velocity and timing of his imagery induces contradictory feelings of excitement and tranquility.

Amalia Harithas’ orientation is one in which the separate realities she samples form a single, densely layered image. The religious icon multiplied through virtual time and space is her fundamental model. In one of her videos, a seductive dancing lady takes center stage and in the other, a mysterious smiling child. Both exist in the context of political images and marching bands, a reference to the celebratory militarism of the United States.

The video works by Jamal Cyrus and Robert Pruitt are profound in their honesty and simplicity of means. Both artists are concerned with issues of black identity. With an eloquence that belies their relative youth, each one in his own way tells the story of racism and imaginatively reveals what it takes to deal with it.

Palestinian artist Jumana Abboud‘s video Al Awda (The Return) depicts a woman wandering through an empty wilderness. Her walk appears to have no end. Nonetheless, she is indefatigable. She is a Palestinian, barred from returning to her homeland like the other 850,000 Palestinians expelled from their homes in 1948 and their descendants. Born in exile, now numbering in the millions. Arabic Pins & Swiss Caps is the test of one’s tolerance for pain. It testifies to the patience of the long-suffering, the traditional subjugation of women in the home and the subjugation of Palestinians by the Israeli Government. 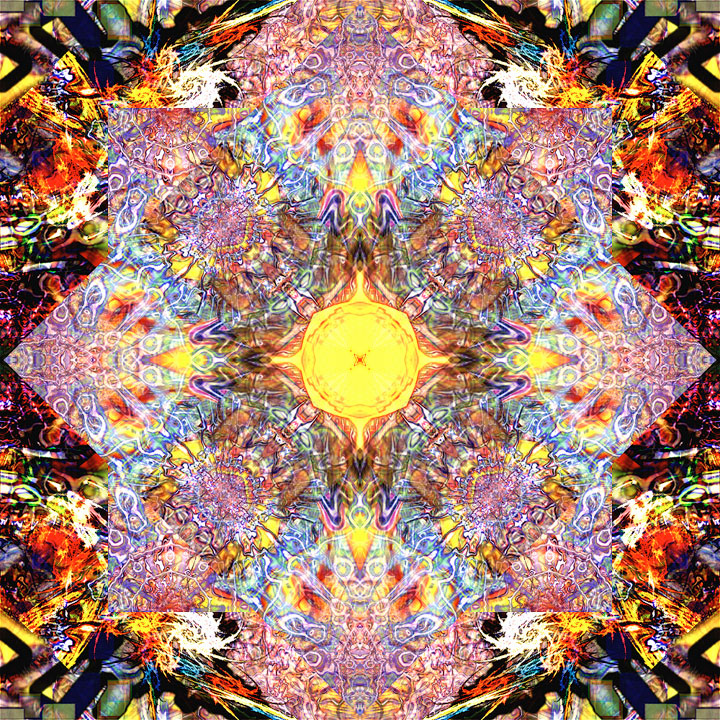 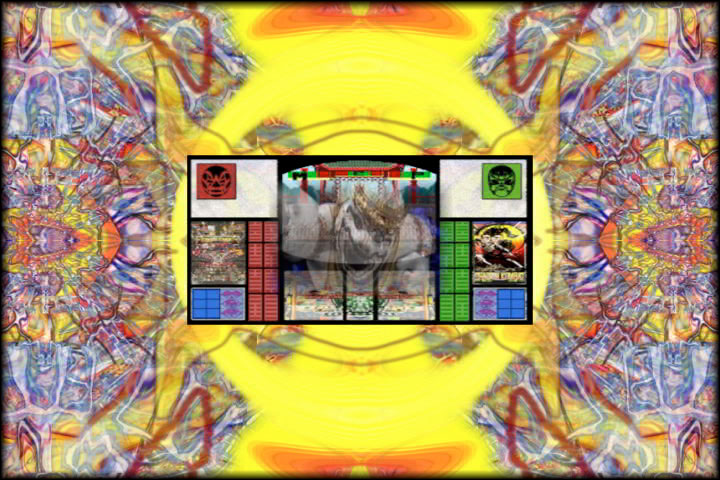 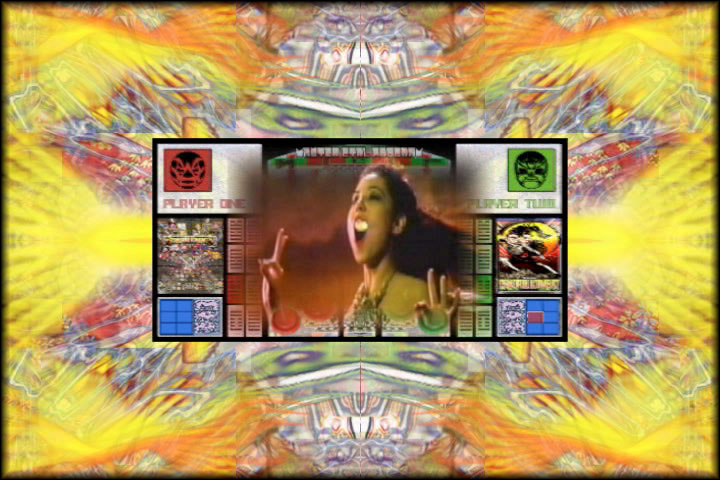 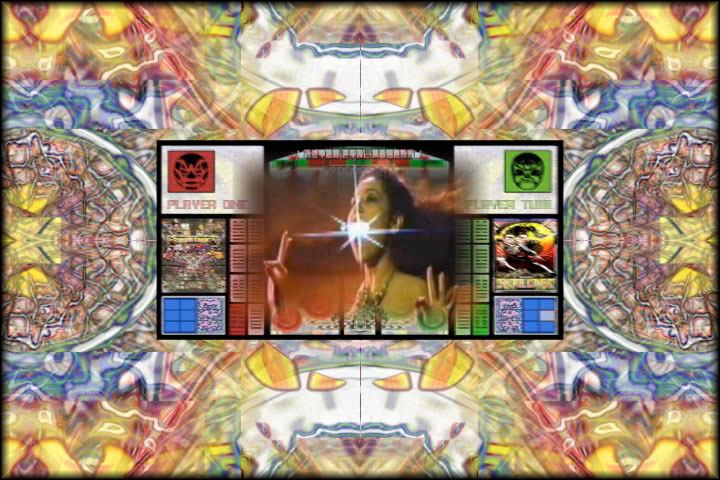 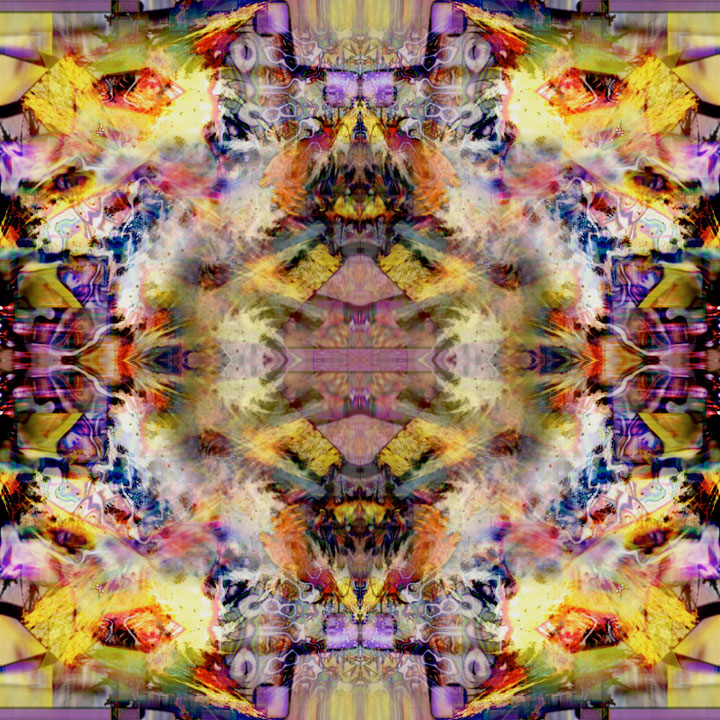 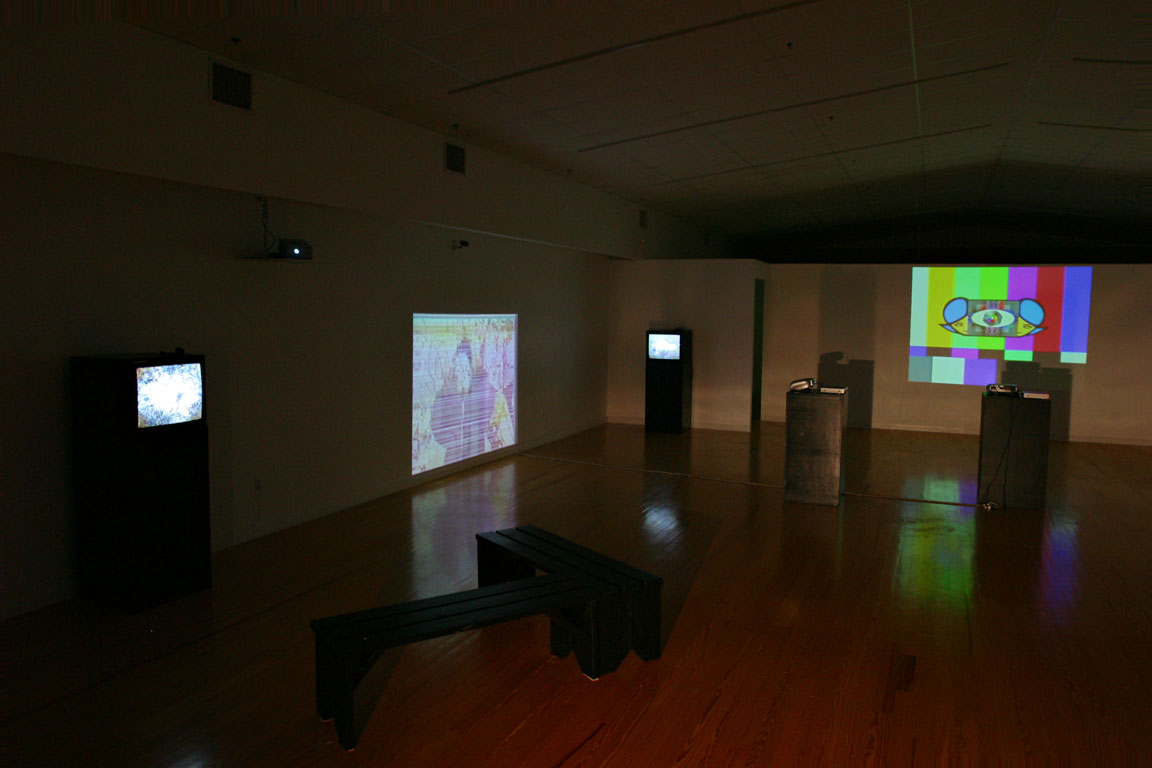 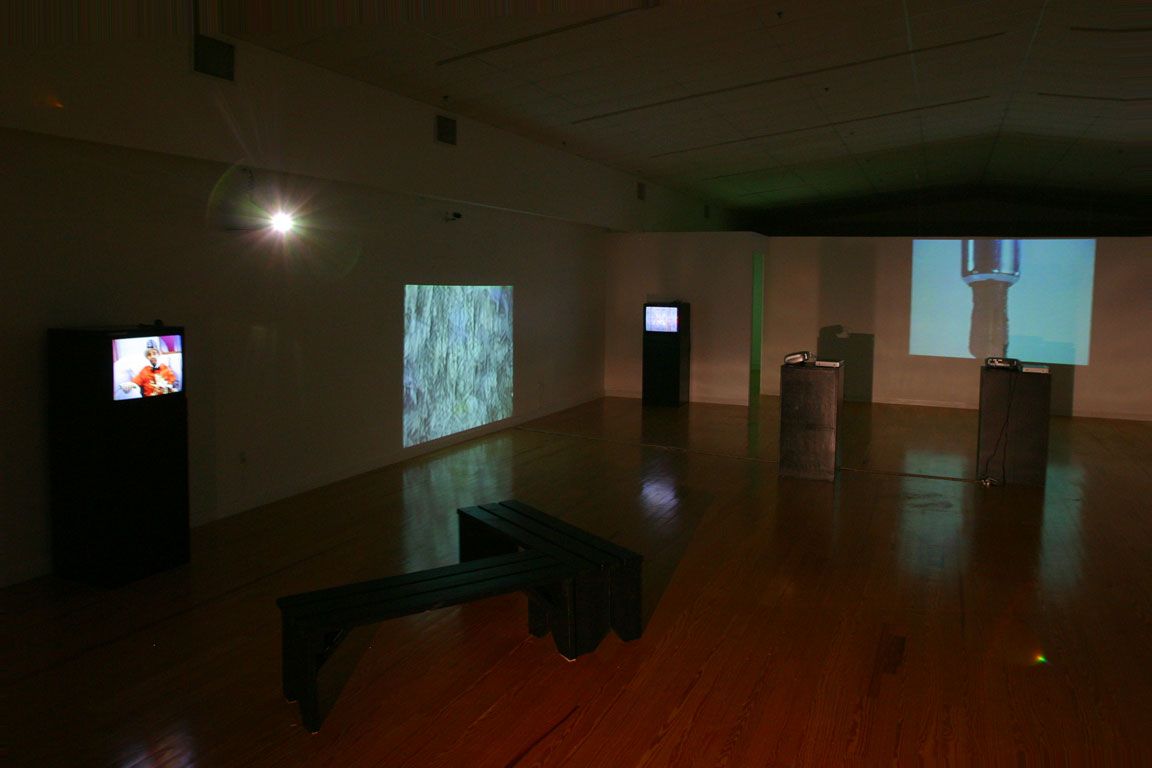 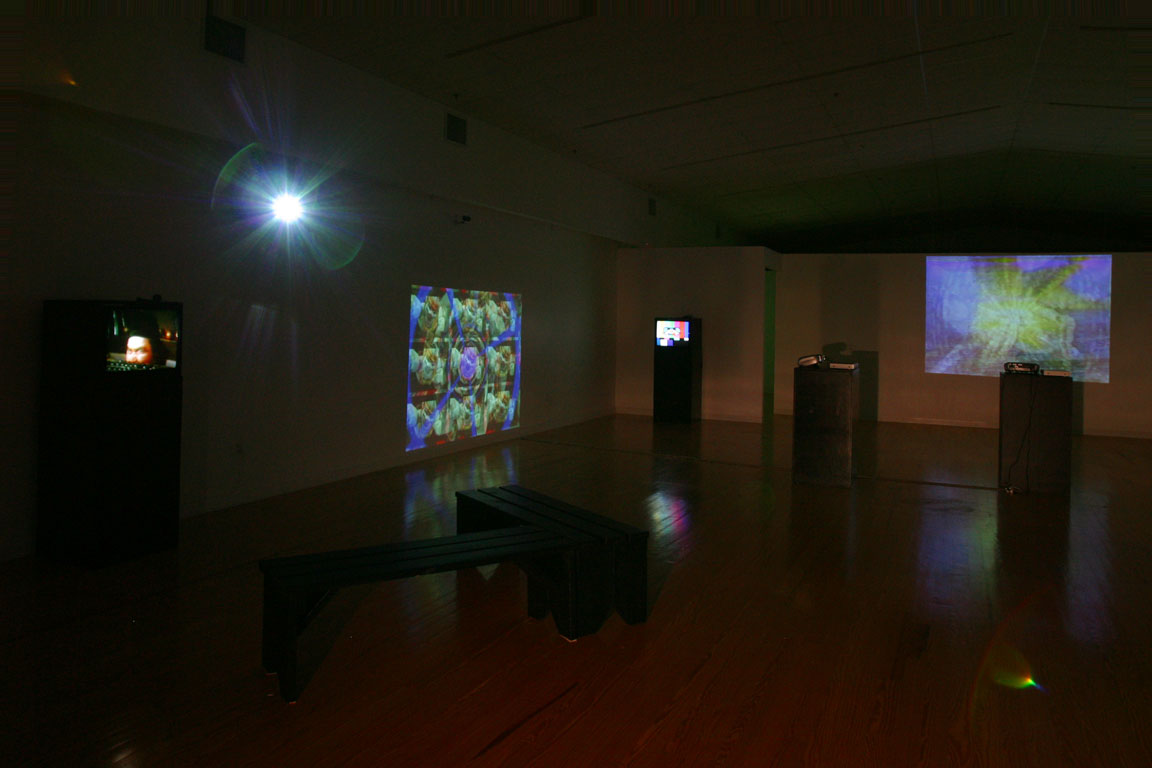 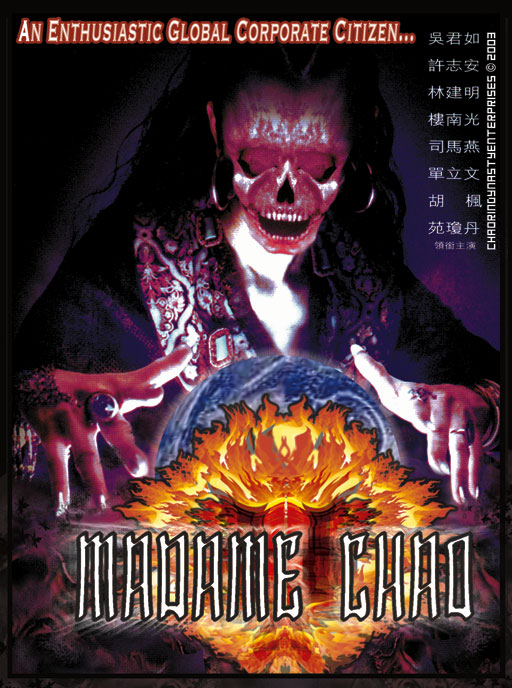 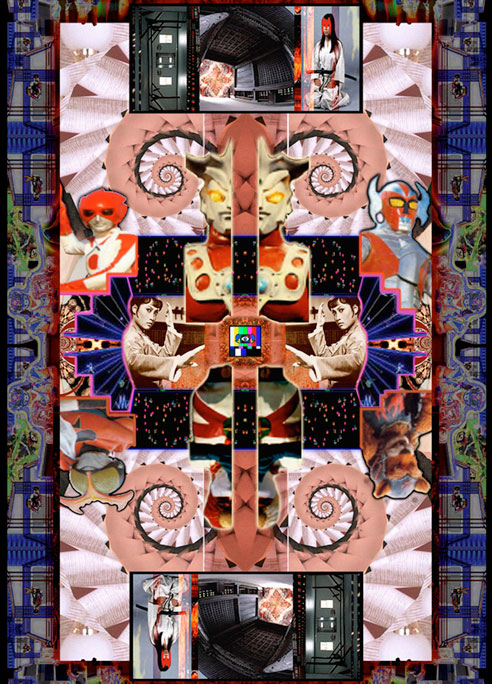 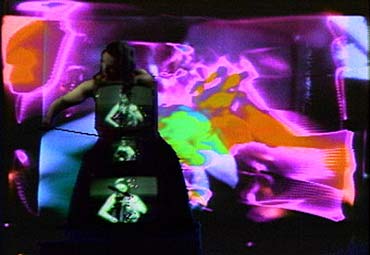 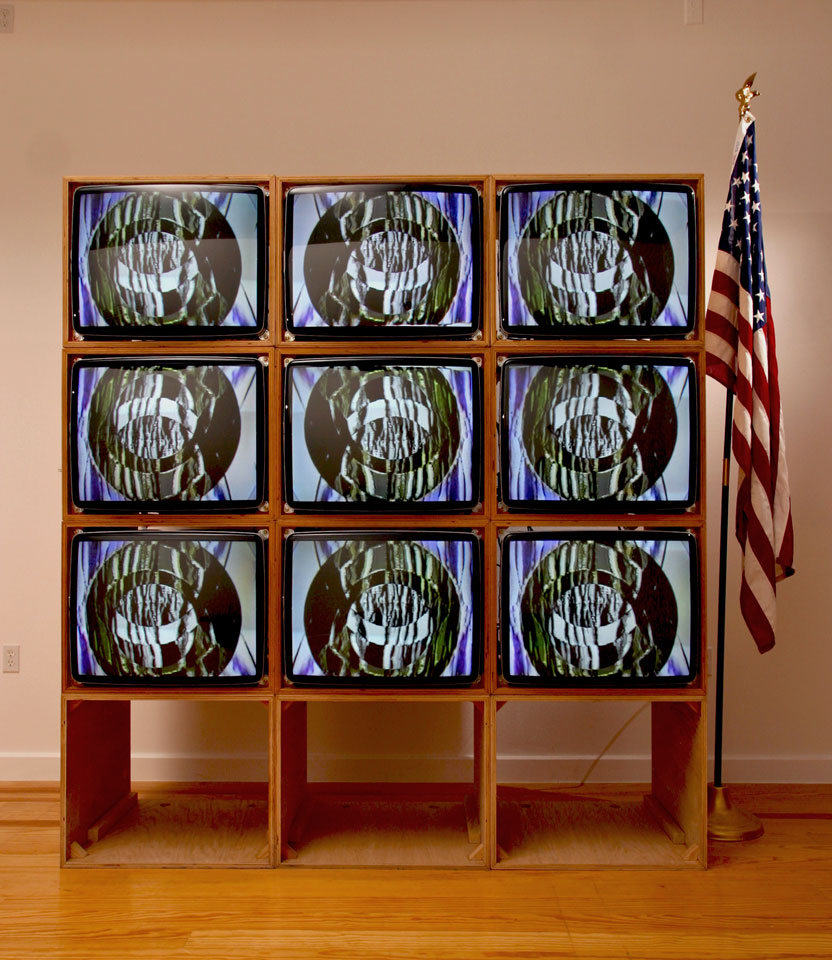 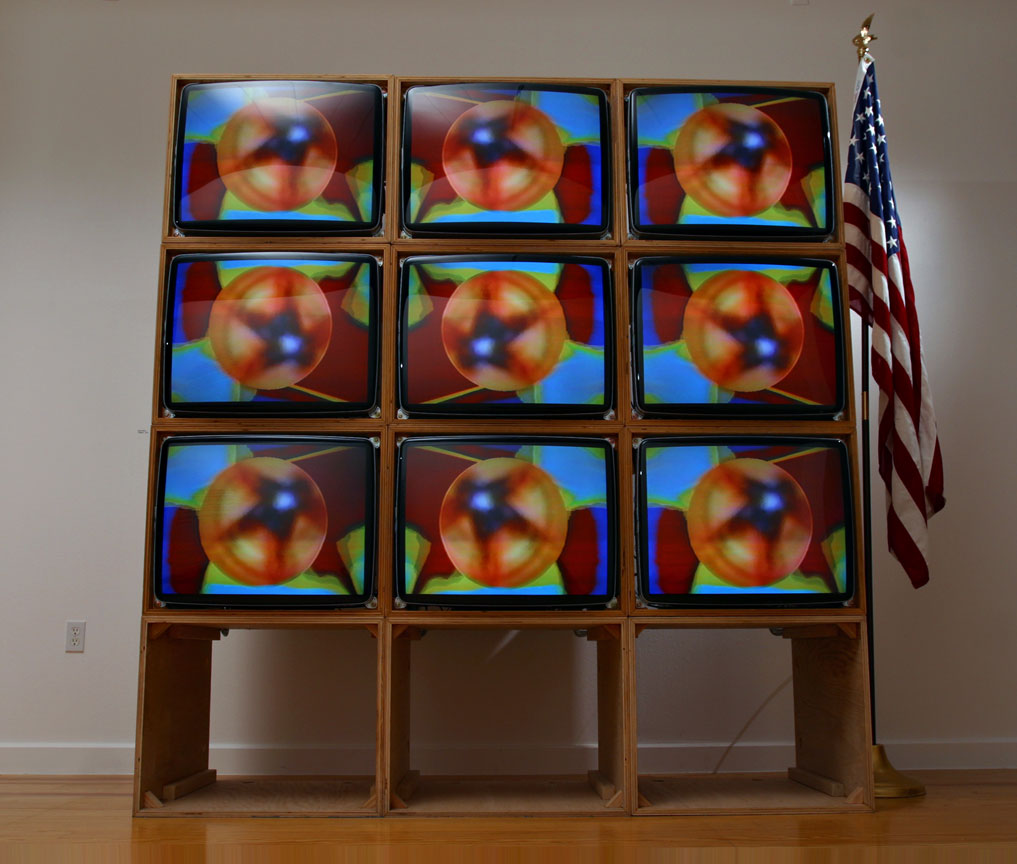 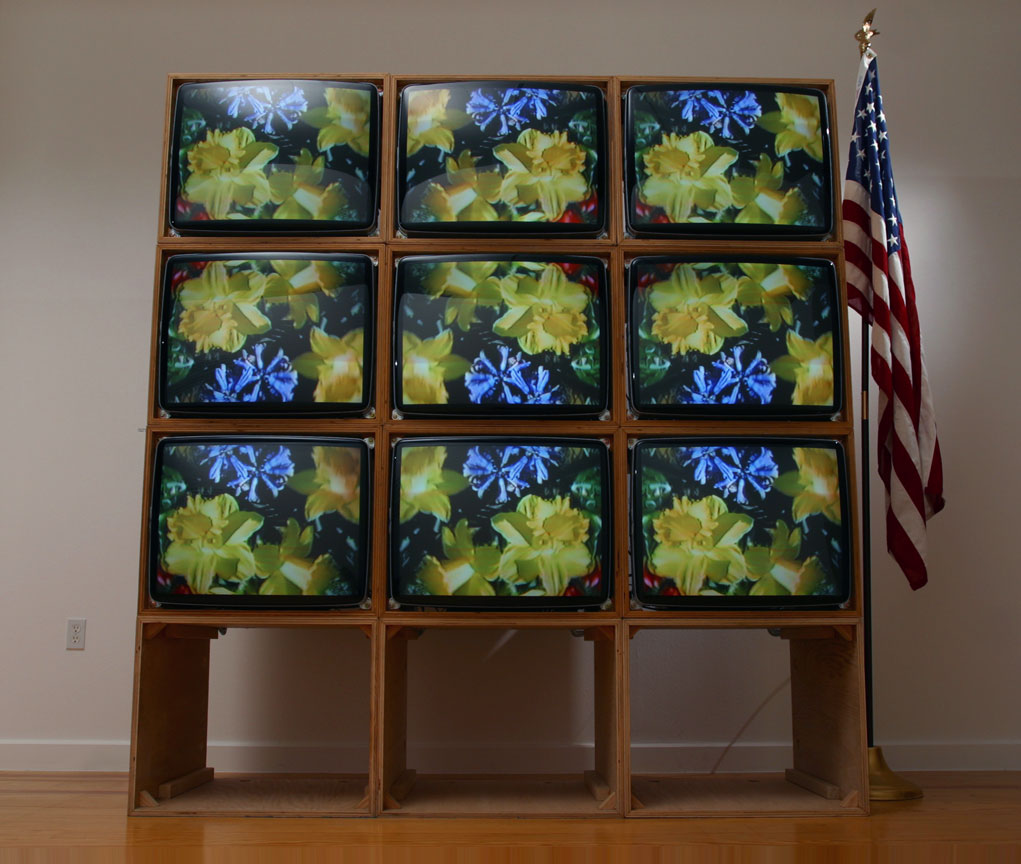 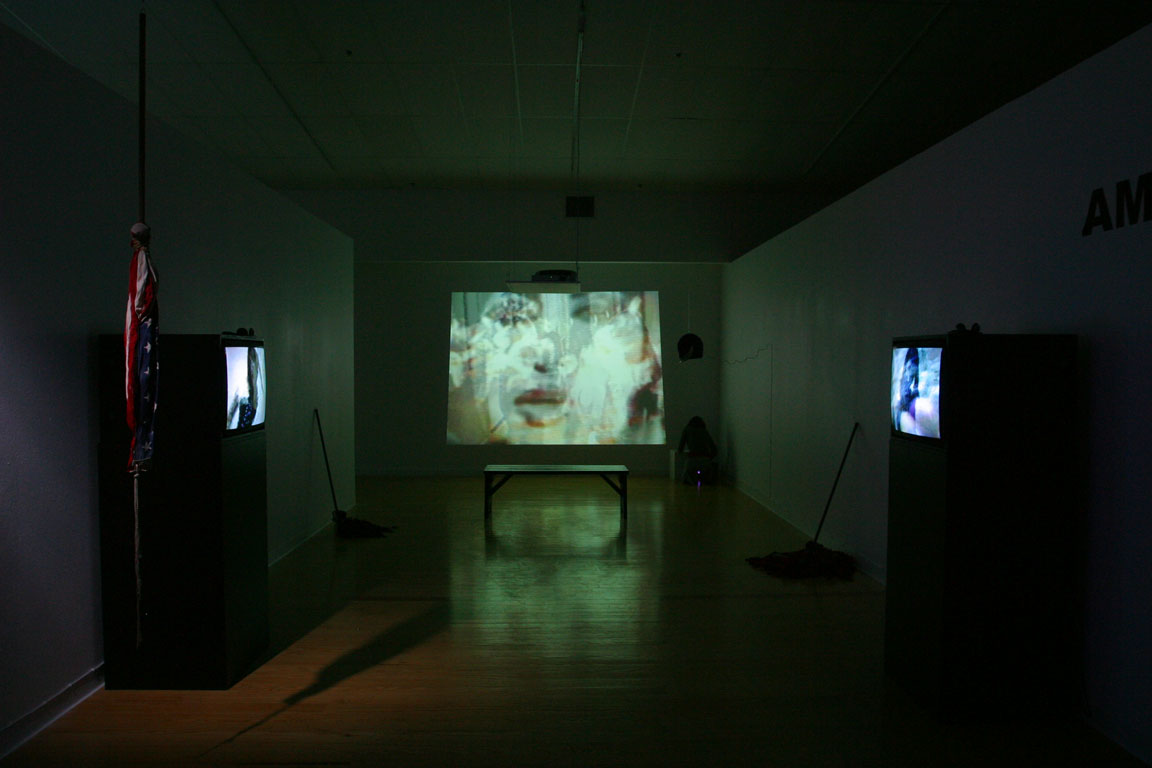 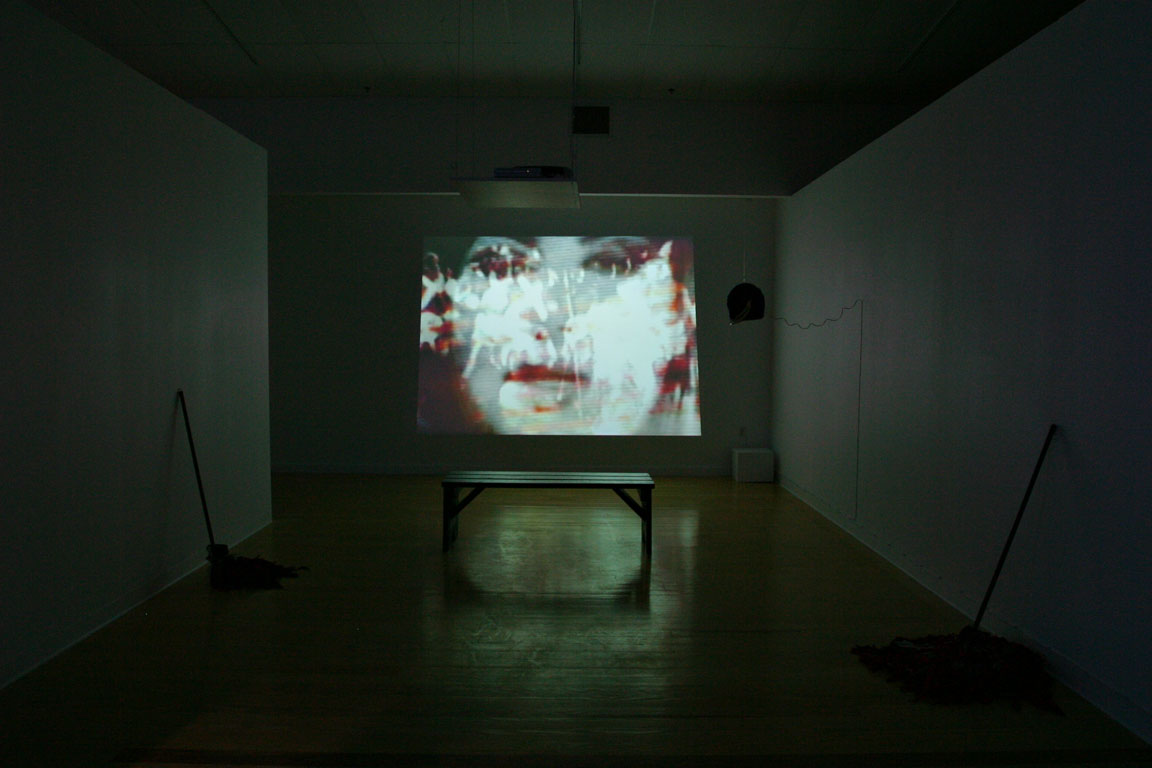 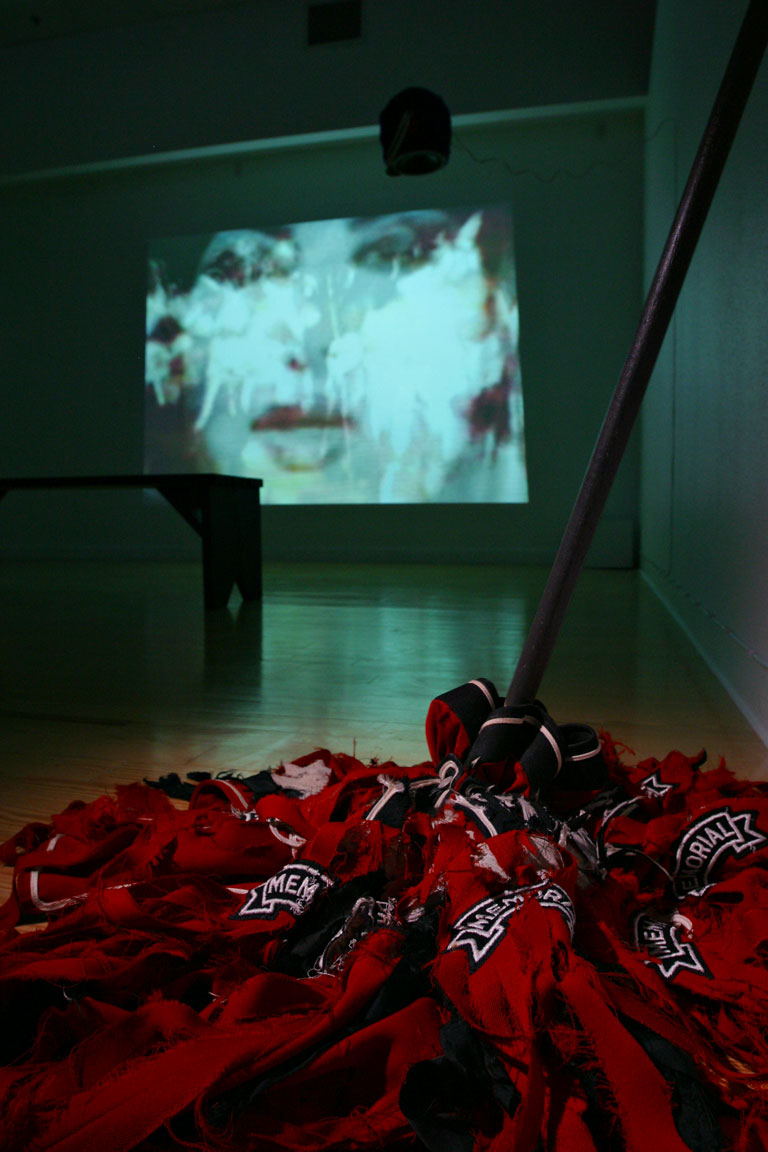 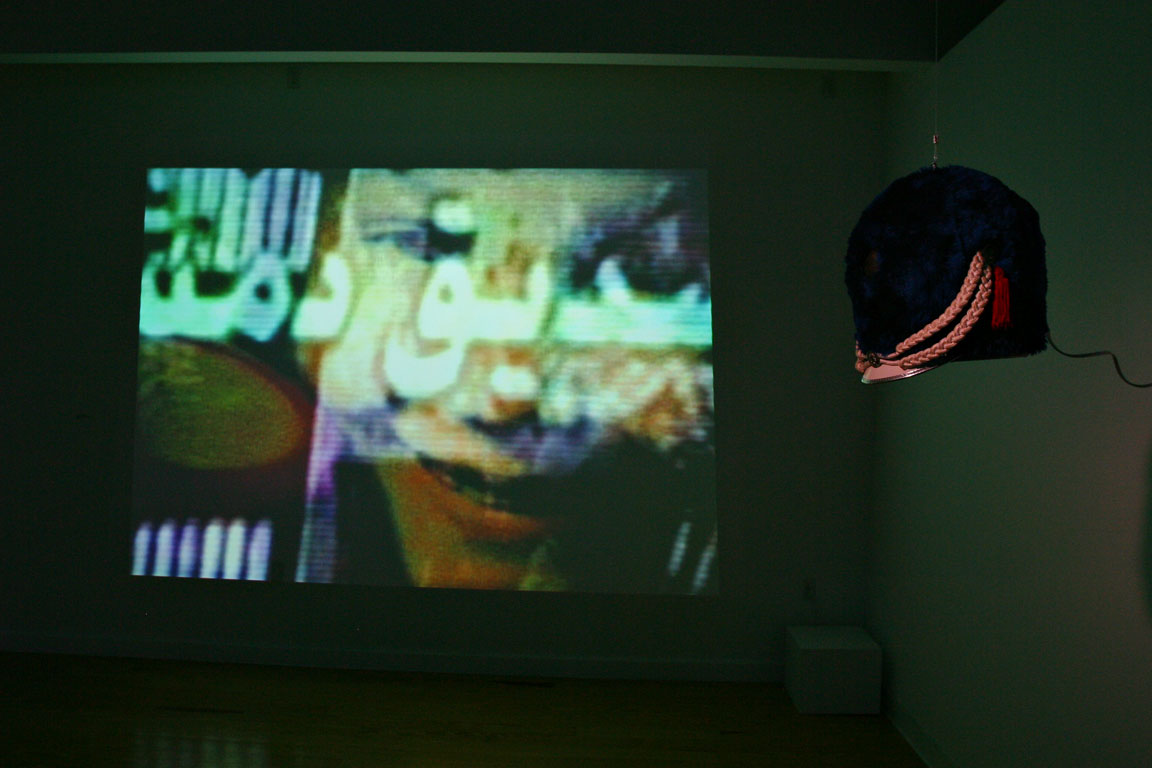 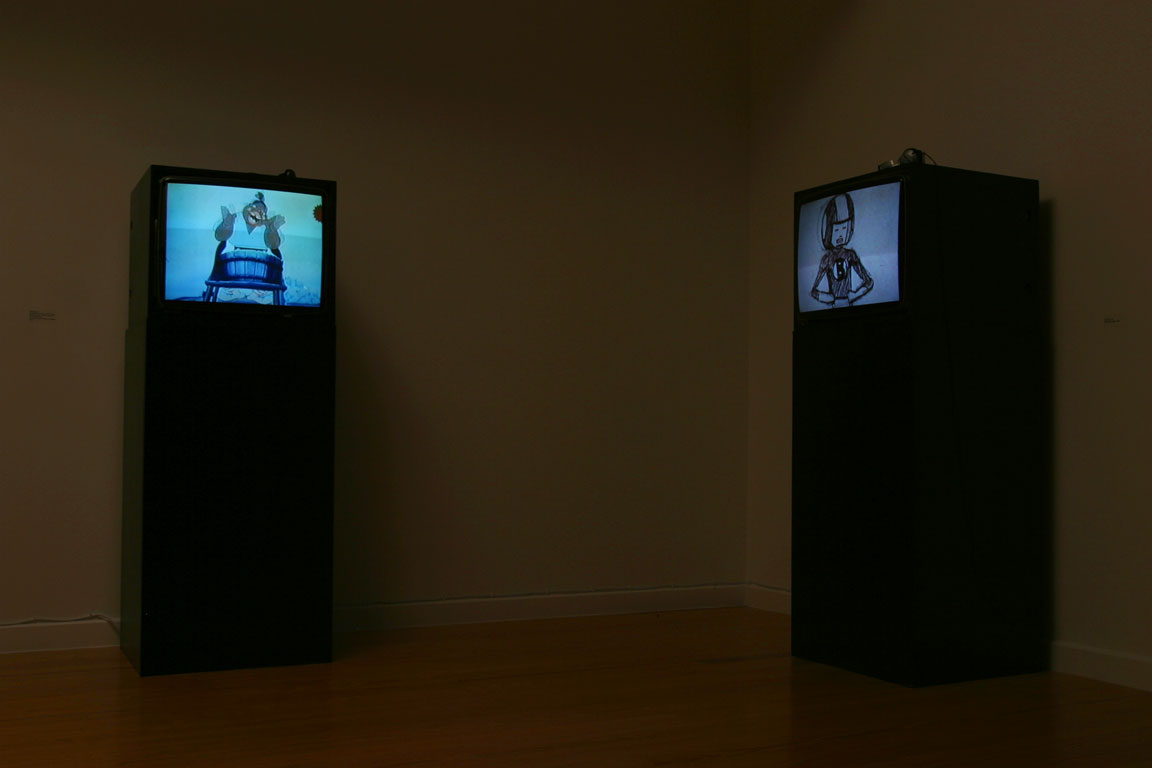 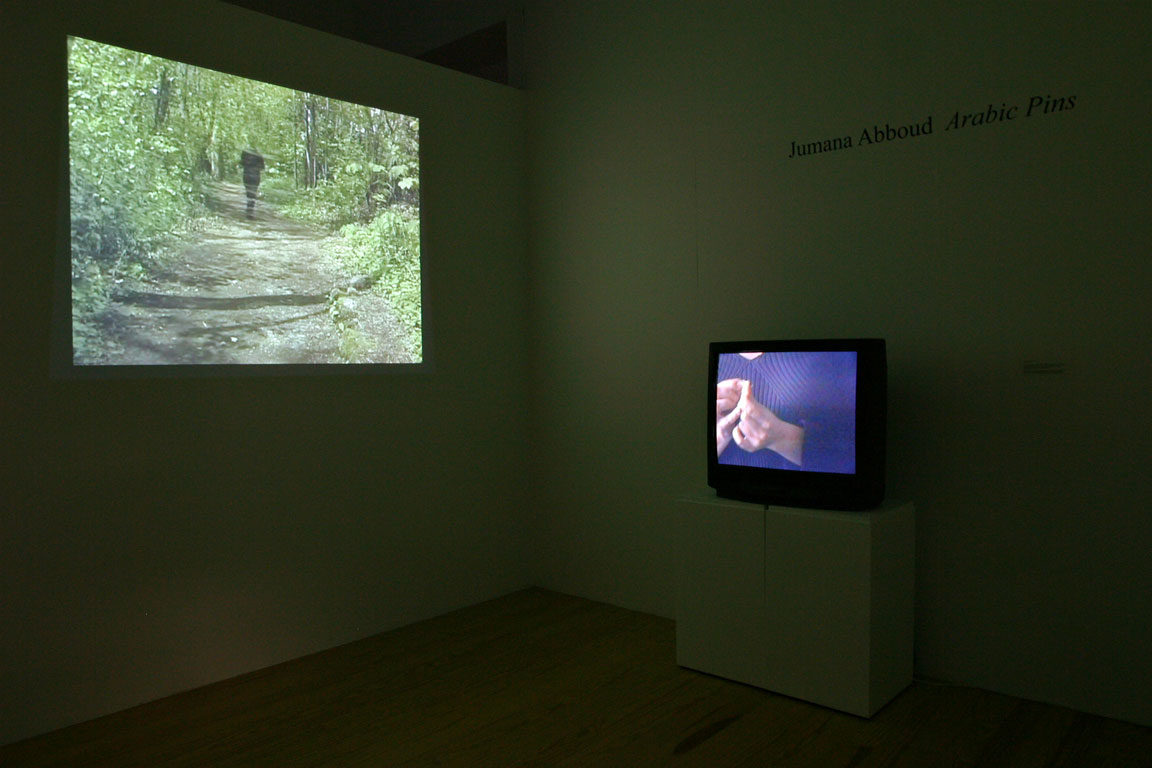