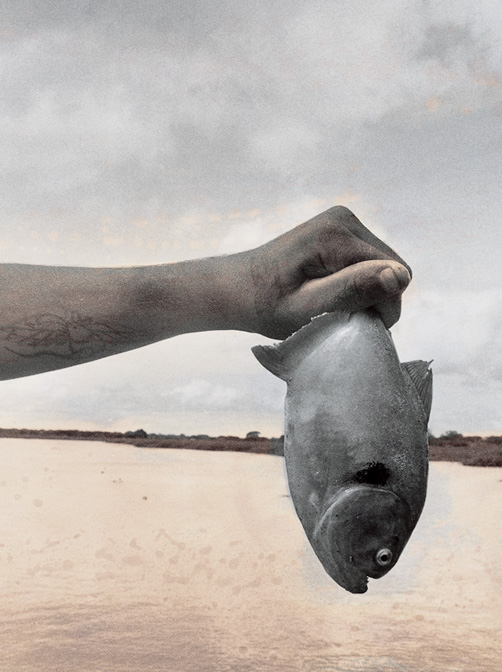 a presentation of FotoFest curated by the artist:
Edgar Moreno and Tomas Rodriguez Soto
of the Museo de Bellas Artes, Caracas, Venezuela

Memoirs of Water is the diary of a journey to the heart of the antipodes, a voyage to the seas and rivers, real or imaginary, undertook by those who went to the West Indies, on the very edge of the known world, a diary which helps us to see the glimmering of the unknown.

The core of this essay is literally the book The Forth Part of the World – The Conquest in Images, Theodore de Bry 1528-1598 (compilation of the author’s drawings and texts by Lieselotte Venter, in Caracas, 1992) intervened in by Edgar Moreno’s own photographs and trip memories, resulting in a work of high plastic and conceptual value.

A dialogue updated by the photographer and the engraver, emanating from the amazement of the former vis-á-vis the icons established by the latter, icons, which incidentally for the past five centuries have dominated our own perception of the continent, its inhabitants, and its original flora and fauna. An unconscious dialogue still valid for the inhabitants of the Old World, who are still sustaining their perceptions of the aboriginal cultures on such outdated patterns.

The landscape section under the title The distances where the eye learns illustrates the laborious and detailed way Moreno’s work is interlaced. The artist’s hand intervenes and highlights emotional areas by toning the photos with shades, strokes, and stains. Nature becomes language and arranges itself to achieve full meaning. It fulfills a crying need, a poetically thoughtful need, leaving ample space for contemplation. 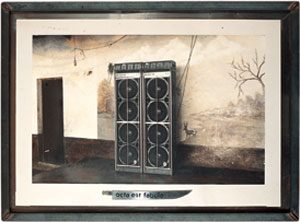 These landscapes are about photographic poetry of the eye, say, aimed at establishing a vital distinction with respect to plastic arts, this time focused on the observing device; and in principle, it seems to outline a no man’s land, an outer space for encounter.

Thus, Moreno attempts to approach this landscape that is visualized from various formal and conceptual aspects by the wide range of possibilities exploited by photography.

Perspective studies, analogical relationships, men and their relationship with the environment: these are some of the issues it approaches. But what is most remarkable and characteristic of this artist is the fine sense of humor accompanying him on his journey and showing us the short cuts.

Among the ideas that most affected our relationship with the Amazonian forest we found the myth of El Dorado. It portrayed the region’s wealth as inexhaustible, a land of abundant treasures awaiting recollection. An image diminished to a lie or to a half-truth, which is evoked today by the wounds caused by the settlements and the looted territory, by an objective speculation, which is inhuman to the point of using a distorted image of wealth. Moreno’s approach to Von Bry is reduced to this futurist vision. 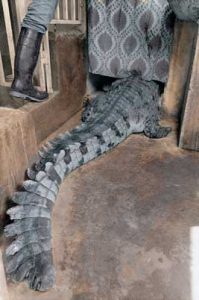 It highlights the consequences of such a distortion: serious environmental problems, most of them originated during the second half of the twentieth century when the forests were colonized and minerals like gold, iron, bauxite, and diamonds were exploited without control.

Another extreme contrast, a change that would have left Von Bry flabbergasted, has to with those monstrous crocodiles from the wildest rivers, an animal that was considered an evil beast in the past. Moreno portrays it now as a pet that is kept at home for the entertainment of adults and children. The mythical creature, on the very edge of extinction, has turned into a severe guardian who frightens away undesired visitors, because even being as a domesticated as a cat, its monstrosity holds on to a certain degree of antediluvian prestige. 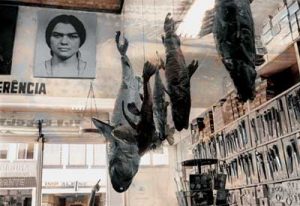 How many of those who traveled from Virginia to the Amazon Basin described new plants and animals, as well as their beneficial use for society. However, since then all efforts have concentrated in the search for metals and precious stones, in ready wealth. And many of the treasures of real value such as potato, cocoa, maize, and cassava were ignored, and so were the features of a culture that embraced an immediate wealth that was beyond words.

The author’s leitmotiv in the section titled Arromaia’s Treasures is the way culture is shaped by its relationship with the environment, as shown in the diptych The Origin of Forms and Pemón, where the obvious similarities between nature and the human creation are brought into view.

What Theodore Von Bry called warlike skills in pre-Hispanic America is today mixed with athletic abilities in the globalized Americas. In most parts of the territory referred to, the tribal disputes are not settled on a battlefield, but on a soccer field, the most popular sport of our time. The Yekuana, Sanemá, and Pemón people display their martial and hunting strategies in the confrontation of two teams struggling to win glory, just like in ancient times. But now the prize is covered with a synthetic gold coating and can only be used to show off.

It is an old dilemma with new faces, the end of a world and the beginning of another, burdened with traumas and suffering, but also loaded with new possibilities, new opportunities that must be recognized to allow the unfolding newness to generate its own renovation instead of extinguishing within itself. 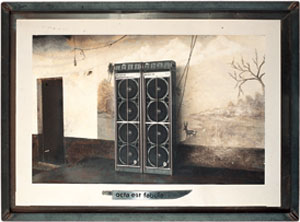 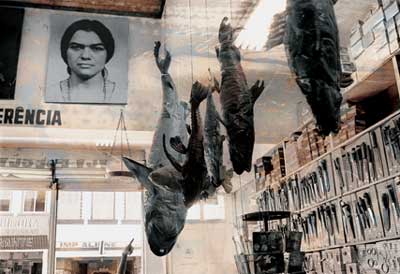 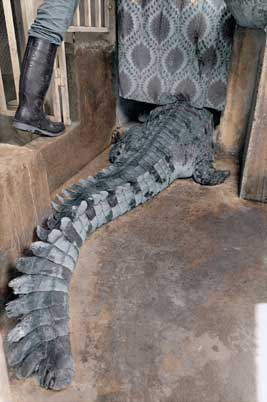